Bachelor David (Martin) tries to save the marriage of his best friend Harry (Wallach) by seducing Harry’s mistress. 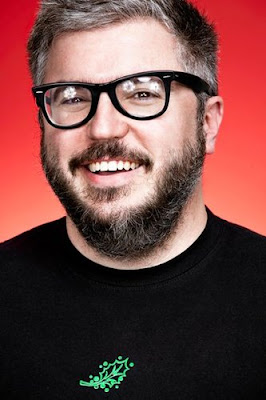 Hey pallies, likes today ilovedinomartin shares with you the first "new" review of "How To Save A Marriage (And Ruin Your Life)" upon it's recent release as a stand alone title. Scribed by seasoned flick critic Mr. Alonso Duralde, this review appeared recently at the blog, "Movieline."

Duralde's patter puts the accent on several categories, "WHO'S RESPONSIBLE," "WHAT's IT ALL ABOUT," "WHY IT'S FUN," and "WHY YOU SHOULD OWN IT." While Alonso's review is certainly mixed with nary a thought on our most beloved Dino, it is none-the-less cool to see him gettin' the word out 'bout 'nother of our Dino's great sex farces. His coolest thoughts are, "the movie’s très groovy visual palette (to say nothing of Stevens in a series of slinky outfits) will make for great video wallpaper at your next party.

Likes we can only hope that the recent single disc releases of "How To Save Your Marriage (And Ruin Your Life)" and "Who Was That Lady" will produce more and more in depth looks at both of these totally rad Dino-screen events. To view Mr. Alonso Duralde's review in it's original format, simply clicks on the tag of this Dino-message. Dino-centric, DMP 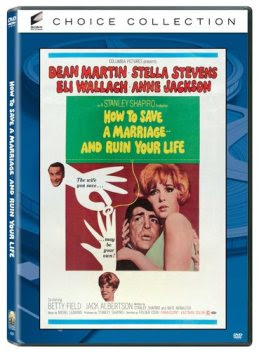 LOW: How to Save a Marriage (and Ruin Your Life) (Sony Pictures Home Entertainment; $20.95 DVD)

WHAT’S IT ALL ABOUT: Bachelor David (Martin) tries to save the marriage of his best friend Harry (Wallach) by seducing Harry’s mistress. David woos Harry’s sexy employee Carol (Stevens), not realizing that Harry’s mistress is actually Muriel (Jackson, Wallach’s real-life wife). When Carol and Muriel figure out what’s going on, they plot revenge.

WHY IT’S FUN: In my house, New Year’s means another viewing of The Poseidon Adventure, which in turn reminds me of how delightful a screen presence Stella Stevens was in her heyday. One of her most charming screen performances comes in this fizzy farce, reteaming her with Martin, her co-star in the goofy spy flick The Silencers. This isn’t great cinema, by any means — and 1968 was a little late in the game for this kind of relatively innocent sexcapade — but it’s made by people well-versed in this sort of wacky farce: Shapiro won an Oscar for Pillow Talk; he and Monaster crafted another classic Doris Day romp, That Touch of Mink; and Cook’s other 1968 release was the slightly naughtier who’s-got-the-birth-control comedy Prudence and the Pill.

WHY YOU SHOULD OWN IT: Even if you’re not as much of a sucker for this era of sex comedy as I am, the movie’s très groovy visual palette (to say nothing of Stevens in a series of slinky outfits) will make for great video wallpaper at your next party.

Posted by dino martin peters at 9:02 AM