Dino was not more than three feet from me, he would slide down the famous “fire pole” swagger over to his bar stool, and sing “Everybody Loves Somebody, 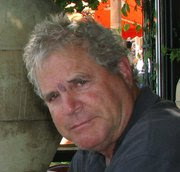 Hey pallies, likes ilovedinomartin never ever ever tires of bringin' you true life Dino-encounters of the cool kind (and likes dudes is there ever any other variety?!?!?!) Likes today, while returnin' to the blog of WCNY FM 91.3 of Syracuse, New York to check out any more reflections left on their post, "Dean Martin's Enduring Charm" featured here on Friday, January 11th...a wonderful Dino-surprise awaited!!!!

Mr. Mike Colonna left an amazin' bit of patter 'bout his devotion to our most beloved Dino that started when he was a kid in the Windy City...and became full blown, when, believes it our not pallies....Mr. Colonna in 1970 actually worked for our King of Cool as a page for the Dino-show....where Mike "picked up the casts phone calls and messages during Sunday rehearsals, and occasionally held Deans JB water." Now ain't that simply the Dino-greatest!

Likes, I knows I am likes one totally totally envious guy when it comes to wishin' that I couldn't had the thrill of workin' for our Dino and havin' our great man "not more than three feet from me." Likes what an absolute dream come true woulda that a be!

Premo kudos to Mr. Mike Colonna for sharin' his Dino-memories with the pallies at public radio station WCNY FM 91.3. To read this in it's original format, simply clicks on the tag of this Dino-reflection. And, to view one of Mr. Colonna's many blogs, goes to http://www.starflx.blogspot.com/. Dino-forever and ever, DMP 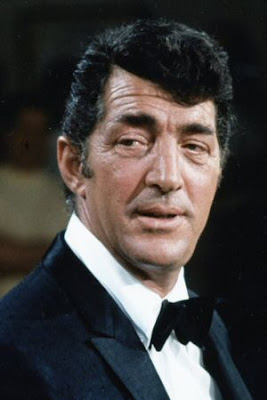 As a kid growing up in Chicago, Aunts, Uncles, Cousins would find their way to mom and dad’s for a Sunday feast of meatballs, spaghetti, wine and old stories about Italy, the grandparents we never knew and hilarious Italian jokes.. After a huge feast, the TV went on, it was the 50′s and The Colgate Comedy Hour, and Ed Sullivan were part of Sunday nite viewing In all it’s Black and White glory. That’s when we couldn’t wait for Dean Martin and Jerry Lewis on Sullivan’s ” Very Big Shew!” Martin and Lewis were our idols.

Years later, who would have “thunk” that after I graduated from Long Beach State, and interviewed for NBC Page job in Burbank, I would meet the famous Dean Martin, in all of his butterfliy bow tie and black tuxedo glory. My fist assignment as a Page , in 1970, was working on the Dean Martin Show. I picked up the casts phone calls and messages during Sunday rehearsals, and occasionally held Deans JB water. Dino was not more than three feet from me, he would slide down the famous “fire pole” swagger over to his bar stool, and sing “Everybody Loves Somebody,

Sometime,” Tell a few jokes, “I didn’t know what time it was, I drank my watch!” There I was standing next to my boyhood idol. Lot’s of crazy things happened on that Show, met some great people most of all I’ll never forget the charisma that Dean exuded. Everybody loved Dean. As an NBC Page we were blessed with working for Bob Hope, Sinatra, Carson, Benny, and tons of other great talents. Great memories, most of all, I will never, ever forget Dean Martin.

Hey pallie, likes Miss AOW, I am totally totally filled with admiration for Mr. Colonna and his Dino-closeness. Keeps lovin' our Dino!