I adored Dean Martin and I imagined there was a world out there that Dean Martin occupied that must be pretty cool. 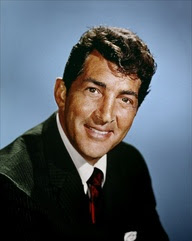 Hey pallies, likes it is always always so refreshin' to find 'nother of today's brillant entertainers who have been smitten early in their journey by the brilliance of our most beloved Dino . Today's Dino-sharin' is a case in point. From the blog, "In the Wings -All things theatrical," comes news of famed actor Mr. Peter Gallagher ("Covert Affairs," "The O.C.) humble start as a "theater kid at Armonk’s Byram Hills High School."

The prose below is a wonderfully heart-warmin' nod to Mr. Callagher long ago theatre director, Mr. Gene P. Bissell, and how Gallagher has returned to his alma mater to share the stage with other alumni to raise funds for the school's spring musicale.

And, this prose is also a wonderfully heart-warmin' nod to our most beloved Dino, as you will read below. In speakin' 'bout his prior high school entertainin' passion, Mr. Gallagher boldly proclaims...

"Up until that point, all I did was Dean Martin impressions, because I adored Dean Martin and I imagined there was a world out there that Dean Martin occupied that must be pretty cool."

Likes how totally totally awesome is that dudes?!?!?!?! Likes to know that famed actor Mr. Peter Gallagher, in his days of youth, simply adored our Dino is likes the coolest ever!!!! Likes it is simply thrillin' to know that there is simply no end to the rich and the famous who began their passion for entertainin' at the feet of our most beloved Dino!

ilovedinomartin expresses our deepest of deep Dino-appreciato to Mr. Peter Kramer who scribed the thoughts below which let's us in on Mr. Gallagher long-standin' love of our Dino. To checks this out in it's original format, simply clicks on the tag of this here Dino-report. Dino-awed, DMP 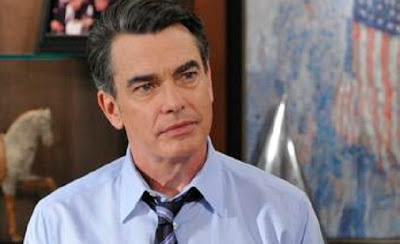 Before Peter Gallagher made a name for himself on TV’s “Covert Affairs” and “The O.C,” and on Broadway, he was a theater kid at Armonk’s Byram Hills High School.

“It just opened my eyes to a world I never knew existed,” he says of his first forays into theater, under high-school director Gene P. Bissell.

“Mr. Bissell was so passionate about it, and he had such strong ideas about how to do things, that you couldn’t help but learn a lot,” says the 57-year-old actor. “I still enter the stage, 99 percent of the time, on my upstage foot and I have no idea why, other than the fact that Mr. Bissell told me to 40 years ago. And I’m still calling him Mr. Bissell.”

Stories like that — the impact of theater on Byram Hills kids from 1968 to 2012 — will be in great supply on Monday night, when Stage alumni return to the school for a concert to raise money for this spring’s production of “Guys and Dolls,” a musical Gallagher knows something about, as he appeared with Nathan Lane and Faith Prince in the 1992 revival of the show.

“I thought it was the least I could do for a place that had done so much for me,” Gallagher says. “This is a fund-raiser for Stage 2013 and the first production I ever did was Stage ‘71, ‘The Fantasticks.’”

Gallagher will sing something from “Guys and Dolls” and from “The Fantasticks,” accompanied by fellow Byram Hills alumnus Grant Sturiale, the musical director at Radio City Music Hall. It’s the first-ever Stage fund-raising reunion.

“What Mr. Bissell did was put on wonderful shows and he introduced us to that magic that can happen when a show works, a story is working and the audience is liking it. We experienced the privilege of that and the power of it and it was like nothing I had ever known. Up until that point, all I did was Dean Martin impressions, because I adored Dean Martin and I imagined there was a world out there that Dean Martin occupied that must be pretty cool. I hadn’t been exposed to theater at all.”
Posted by dino martin peters at 7:56 AM