There is something incredibly soothing about listening to Dean Martin sing. 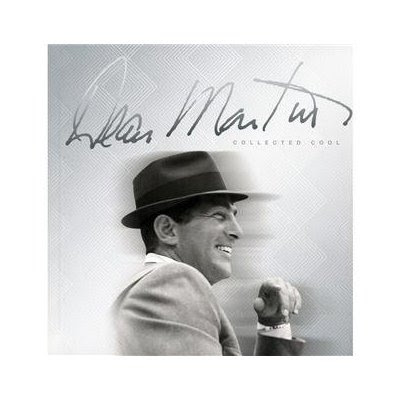 As you will read, Wardyn is a true knower of our most beloved Dino and he speaks of our great man with the deepest of deep Dino-respect. You can feel the Dino-love oozin' from Mr. Tim's pen.... "Each track exudes that Oceans 11 swagger that Martin embodied." "Martin's voice is as soothing as a stiff drink."

And, likes I coulda goes on pallies, but wants you to read each and every Dino-devoted thought that Wardyn expresses. ilovedinomartin sez out deepest of deep Dino-appreciato to Mr. Tim Wardlyn and all the pallies at "INK19" for spreadin' the awesome news of this awesome new Dino-release to the wider Dino-world. How totally totally refressin' to find 'nother of today's youthful hipsters so so entralled with our Dino. It's pallies like Mr. Tim Wardyn who guarentee that Dino-adulation will likes goes on forever! To view this in it's original format, just clicks on the tag of this Dino-report. Keeps lovin' our Dino o'pallies of mine! Dino-stuck, DMP

Ever since I was a wee lad, I have loved listening to classic Christmas songs. I'll listen to Burl Ives sing "Holly Jolly Christmas" in July and Nat "King" Cole croon "The Christmas Song" in September. There is something about the old school big band sound with the instantly recognizable charismatic voice that brings back a carefree time when I wasn't even alive.

So how is that relevant to this Dean Martin collection? Those Christmas songs were like a gateway drug. I would not be interested in this at all if not for those Christmas songs. I saw this collection and absolutely had to have it. And it is everything I hoped it would be.

Three discs and one DVD make up this stunning collection of tracks that includes such classics as "That's Amore," the Nat "King" Cole-esque "Rio Bravo," "Volare," and "Ain't That a Kick in the Head." Each track exudes that Oceans 11 swagger that Martin embodied.

There is something incredibly soothing about listening to Dean Martin sing. The music transports you back to an era when vocalists actually were entertainers and not corporate versions of what they think the public wants to hear (i.e. Talentless shock stars like Britney Spears and Nicki Minaj).

Martin's voice is as soothing as a stiff drink. Listening to the soft lullaby "Sleep Warm" is like an audio blanket tucking you in at night. Then you get sent to a smoky martini bar with the brass-infused "Ain't That a Kick in the Head." The music may take you away, but Martin's voice shows you where.

The DVD shows Dean Martin at his casual best. Recorded in London, Martin opens with his standard "Everybody Loves Somebody" and features my personal favorite, "That's Amore." The only hiccup is Martin's cover of "Bad, Bad Leroy Brown." The swingin' version of the oldie just seems out of place, but one dud out of twenty is a pretty good ratio.

The third disc was recorded live in Lake Tahoe, and you would never know that it was live if there weren't so much "show banter." His singing is impeccable, but the true magic lies in his dialog with the crowd. Just two minutes into the opening song "Almost Like Being in Love," he starts talking about a girl who's name escapes him. "She must have pounded on my door for 20 minutes last night... but I wouldn't let her out." Seven of the 20 tracks are actually titled "Show Banter" and that is what makes this disc so brilliant. It proves that Dean Martin was no studio-made musician. He was the voice of a generation with a personality to back it up. He is the type of musician that we could use today.