give me Dean Martin and I’ll give you all the Bieber you want. 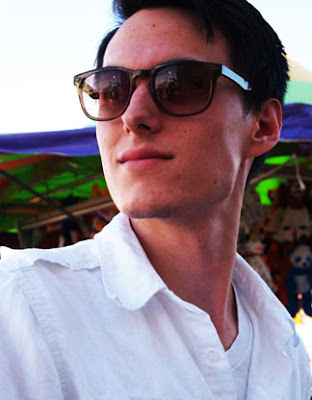 Hey pallies, likes it is always so so cool to find 'nother of today's nouveau hipsters makin' their love of our Dino known to their readership. Today we meet up with Andrew, a full-time law student who mods the outstandin' gent-focused blog, "Electrogent." In his most recent blog post, Mr. Andrew asks the provocative quire, "What Happened to Music," and addresses the issue by offerin' "a case study contrasting Dean Martin with Justin Bieber."

As you read Andrew's very very evocative ponderin's you will note that this up-and-comin' young man is a bonafide devotee of our most beloved Dino, and obviously likes totally totally unimpressed by the artistry of Justin Bieber. Likes how refreshin' to have this obviously so so in-the-Dino-know pallie Andrew proclaimin' the Dino-truth to all his "Electrogent" readership. With dudes likes Andrew spreadin' some Dino-love 'round more and more pallies are simply gonna fall head over heels for our King of Cool...and likes what coulda be cooler then that?!?!?!

ilovedinomartin sends our our deepest of the deep Dino-appreciato to Mr. Andrew for proudly proclaimin' the Dino-message of excellance to his fellow gents. To view this in it's original format, likes just clicks on the tag of this here Dino-prose. Dino-always, ever, and only, DMP

What Happened to Music?

Once upon a time, male-generated pop music was awesome. Not only was it suave and mysterious, it was actually…good. This is a case study contrasting Dean Martin with Justin Bieber. Before I start, let me preface with the realization that Bieber is a really easy target because of the absolute garbage associated with his name. To that I say: exactly my point.

The year is 1960: Dean Martin is right in the middle of his involvement with the most legendary “boy band” of all time–the Rat Pack–and his career is in full swing. He releases a smash hit entitled “Ain’t That a Kick in the Head.”

How lucky can one guy be?;
I kissed her and she kissed me
Like the fella once said,
Ain’t that a kick in the head?
The room was completely black
I hugged her and she hugged back.
Like the sailor said, quote,
“Ain’t that a hole in the boat?”

The number creatively describes his experience meeting a woman and being so struck that it feels like he was kicked in the head, or has a hole in his boat. Martin’s vocal tones are even more perfect than many auto-tuned highly-edited singers of today, and the level of suave is unrivaled. Not only is this song lyrically creative, the accompanying big band behind him is fantastic in their own right. This simple 2 1/2 minute recording represents when everything in music goes enchantingly right.

Fast forward 50 years and something goes horribly, horribly wrong with music. Justin Bieber, a kid making his music and uploading it to YouTube (I’m not against this–go for it, kid!) is discovered by some pop musicians who seek to use the kids charm to their profit. They turn him into a pop star by their mere association and investment, and Bieber is released onto the public with lyrics like this from his equally popular, “Baby:”

Both songs are about similar subjects–I think. I’m not too entirely sure about what the message of “Baby” is, but from what I draw from the song, both Martin and Bieber sang about meeting a woman and wondering whether they would stay together. Somehow, over 50 years this same experience which was once like “a kick in the head,” became like “baby baby baby, oh.”

I don’t have this answer. What I do know is that part of the problem is the downfall of pop music (sacrificing lyrics for a easily-memorized hook for fans to chant) and part of the problem is the loss of the desire in men to express themselves creatively. Sure, there are plenty of men (and women) out there expressing themselves through compelling music, fantastic art, engrossing novels, and quick witty satire. However, most of these people are in the “indie” scene because greatness in expression is so rarely generally accepted these days. Record labels want to make money, not create a library of great recordings to represent the best of humanity. They have that right. This isn’t wholly a beef with the recording industry, but more directed at the audiences.

Bieber’s music is easy, accessible, molded, and omnipresent. Nothing against the kid personally, he’s out there hustling. However, his music speaks volumes towards the modern tendency to reduce pop culture to the lowest common denominator, rather than producing something provocative and creative. Where Martin wanted his audience to think of love in a new and interesting way, Bieber (or more accurately his team) wants his audience to think of love in a way they already do–”baby, baby, baby… oh.” No need to strive, no need to reach. Merely accept what you’re given, and chant a word. Hey, I can do that!

There are many exceptions to this rule, and Michael Buble is actually doing a good job at attempting to revive Martin and Sinatra (click that to see what I mean). There are also some provocative pop singers. However, sometimes I need to sit back, scratch my chin, and ask: “What happened to music?” Until I figure that out, give me Dean Martin and I’ll give you all the Bieber you want.

What do you think happened to music? Let’s figure this out in the comments below.
Posted by dino martin peters at 7:18 AM

I was just talking about this with my pals the other day. I see what you're saying here. Hmm....I wonder what will happen to classic music in the future? Today's kiddos are the ones who will be in charge of carrying forward our musical legacy. There's one thing that seems to be missing from music today, and it's the innocence of expression. Music reflects society, and the art of writing a memorable song has taken a back seat to performance and image. Good thing we have our Dino! ;)

Hey pallie, likes thanks for sharin' your Dino-thoughts Miss Ellie...I believe this is your first venture in Dino-commentin'...hope you will endulge yourself often in our little Dino-conclave. Keeps lovin' our Dino!

Hi there! Thanks for the comment. You have some awesome stuff here! I'm a huge Dino fan, and it's nice that there are people who appreciate his talent! Have a good one! :-)

Hey pallie, likes you are most welcome Miss Ellie...'round des parts we calls it showin' a bit of true Dinopalliedom. Glads you digs what you see and cool to know that you are a "huge Dino fan." Woulda loves to hear more 'bout how you have come to know, love, and honor our most beloved Dino.
Keeps lovin' our Dino!