Everybody Loves Dean Martin Sometimes: A Lyrical Poem Based Upon Song Titles 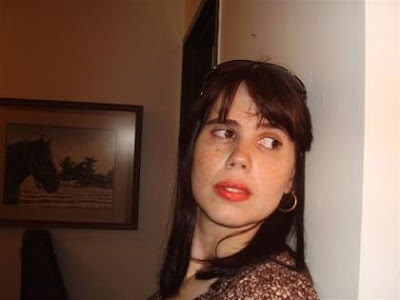 Hey pallies, likes I simply loves to find more and more Dino-creativty in pallies Dino-devotion all over the 'net. Today ilovedinomartin meets up with Miss Flora Breen Robison at her self-tagged blog, "florabreenrobison~ Articles, News, and Poetry." Miss Robison is from British Columbia and her bio tells us that she is "a writer, singer, cat lover, music lover, classic movie lover, and avid reader of mysteries."

And, likes pallies, Miss Flora certainly also musta be a lover of our most beloved Dino as well! In her post, "Everybody Loves Dean Martin Sometimes: A Lyrical Poem Based Upon Song Titles," Robison shares her very very creative Dino-poem, "The Dean Martin Song." which features bits and pieces of many many of the titles of our Dino's love songs. She has done a simply stunnin'ly stellar job of craftin' tune titles to create a simply lovely lyrical poem.

I woulda haves to say that this is one of the most fun bits of Dino-devotion that we have ever had the priviledge of sharin' with all youse pallies here at ilovedinomartin. And, we sends out our deepest of deepest Dino-praise to Miss Flora for such a great great way of honorin' our great man. To view this in it's original format, likes just clicks on the tag of this Dino-gram. Dino-always, only, and ever, DMP


Everybody Loves Dean Martin Sometimes: A Lyrical Poem Based Upon Song Titles

Posted by florabreenrobison in Poetry

An Italian American Who Often Sang In Italian:

Dean Martin was a legend of music, movies, television, and the Las Vegas Stage. He started his career as part of a comedy duo with Jerry Lewis. When the duo broke up, everyone thought that Dean Martin would fail as a solo artist. Instead, his career in movies and music soared. He later joined friends Frank Sinatra, Sammy Davis Jr., Peter Lawford, and Joey Bishop in a group the Press called The Rat Pack on stage and on the big screen.

The press called and still call them The Rat Pack. But according to honorary member Shirley MacLaine, this second version of the Rat Pack was always referred to as The Clan by their own members. Apparently, though, they are the only people who referred to the group as The Clan. The Rat Pack to them was the original Rat Pack led by Humphrey Bogart and including Sinatra. They were a group of Hollywood actors and actresses who refused to take just any job offered to them in the studio system quietly.

One way in which Martin differed a lot as a recording artist from his pal Sinatra is his choice of language. There are a couple of songs that Sinatra sang partly in Italian-most notably Forget Domani-but he sang almost exclusively in English. So did a lot of other Italian Americans of his era. But Dean Martin was unique. He was Italian and sang in Italian-often. This is reflected in his song titles, especially those with place names. Every place name mentioned in the poem below is a Dean Martin song title-even Houston. Houston is a one word titled song Martin recorded. A large percentage of songs Dean Martin recorded are set in specific locations.

Martin recorded over 500 songs over his lifetime. He sang on film, on television-including on his self titled Variety Show where he ended shows with Everybody loves Somebody-and in Las Vegas. Some of his songs were specifically recorded for his shows in Vegas. I love Vegas is a reworking of the standard I Love Paris that he sang during The Rat Pack show at The Sands. It contained lines such as “I love Vegas like the Army loves its manuals. I love Vegas like Sinatra loves Jack Daniels.” Most of the songs he sang were love songs, however, and these love songs were usually happy love songs. Today, most love songs are about the pain of love. However, in the 40′s and 50′s, there were just as many love songs about love found as there were about love lost.

I Don’t Care If The Sun Don’t Shine;

It’s June In January when you are near me.

Powder Your Face With Sunshine because That’s Amore.

There will be no need for you to Return To Me

Or Send Me The Pillow That You Dream On,

Because we’ll never be apart again.

There will be no more Standing On The Corner

Somewhere in Houston all alone.

You and I will say “I Will” when we get married

In The Chapel In The Moonlight

On An Evening In Roma.

We’ll dance In The Misty Moonlight

To the tune “Besame Mucho,”

Because Memories Are Made Of This.

Then we will travel the world on our honeymoon.

Because I Love Paris. Then you’ll say: 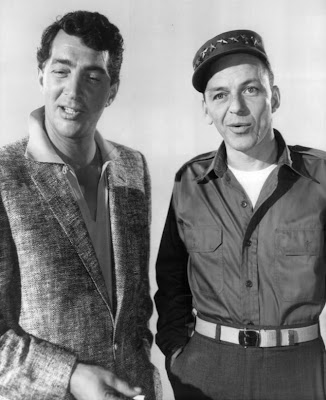 Source: Public Domain via NBC Television to Wikimedia Commons
Posted by dino martin peters at 7:16 AM

What a clever piece of writing Miss Flora has come up with!

Hey pallie, great to hear from our Danny-o...and yes, I was simply thrilled to find this new piece of Dino-devotion to share with all the pallies here at ilovedinomartin. Keeps lovin' our Dino!