First Ever Career-Defining Box Set for the Legendary Dean Martin

Hey pallies, likes as you dudes knows there is yet 'nother amazin' Dino-release comin' our Dino-way right before Daddy-o Day 2012. On June 12, the pallies at Universal Music Enterprises (UMe) releases DEAN MARTIN - COLLECTED COOL, and likes today's Dino-devotion is one of dem awesomely glossly press releases created by professional writers who know how to spread the Dino-charm on real real Dino-thick..just wishes that I had such a gift as writes my Dino-devotion!

From the professional promotional pallies at "Marketwire" comes a very very cool collection of Dino-patter puttin' the accent on the life and times of our one and only Dino and gettin' us all Dino-holics hyped up 'bout the comin' release of "Collected Cool."

From a absolutely fabulous quotation from The Los Angeles Times to Playboy's pontification of our Dino as "the coolest man who ever lived," to adoration by Elvis and emulation by Don Draper, Tom Cruise, and Robbie Williams, this press release is simply drippin' with the deepest, purest, and truest Dino-devotion possible. Likes can't image any pallie who reads this Dino-poetry won't immmediate go out and reserve their comply of this much anticipated Dino-collection.

Hats off to the folks who are called to promote our Dino's newest treasure trove 'cause they have created an irresistible iconic tribute to our most beloved Dino. To view this in it's original format, at "businessreviewusa.com," likes as usual, just clicks on the tag of this here Dino-report. Dino-always, ever, and only, DMP


First Ever Career-Defining Box Set for the Legendary Dean Martin 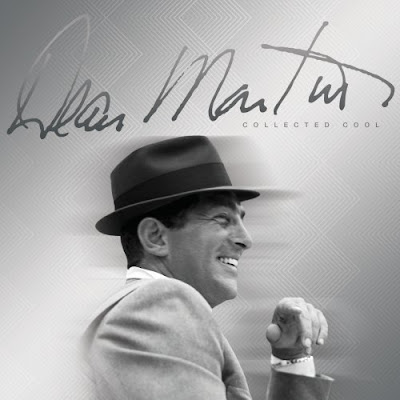 SANTA MONICA, CA--(Marketwire - May 29, 2012) - "Martin sang the way all men imagine they sound in the shower... He worked that deep, mellifluous voice of his with a casual grace that somehow carried a weight of romantic implication other crooners never quite achieved." -- The Los Angeles Times

There is only one man who Playboy called "the coolest man who ever lived" and who Elvis Presley worshipped and admired. Simply put, that man is Rat Pack legend Dean Martin. He is one of the greatest recording artists of all time with a career spanning almost 50 years. Martin was one of the biggest stars of the 20th century who conquered the four corners of entertainment including film, stage, television and music. He starred in over 50 films, recorded over 30 original albums and earned a long line of hits with a warm, sensual voice that continues to captivate a steady stream of fans each year. His influence resonates today with the biggest stars and shows taking a page directly from Martin's style book -- from the Don Draper character on TV's Mad Men to the top of the fashion world with Gucci's men's line, and from the movies with the pivotal scene from the Tom Cruise blockbuster Mission: Impossible - Ghost Protocol to the world of song, with the likes of international superstar Robbie Williams.

On June 12, 2012, Universal Music Enterprises (UMe) releases DEAN MARTIN - COLLECTED COOL, the first and only career-defining, four-disc box set that combines his biggest hits and signature tunes from both his Capitol Records and Reprise years. Live rarities and spoken word intros make their CD debut including, in its entirety, the rare and unreleased audio recording of his 1962 Lake Tahoe show capturing Martin's unique vocal styling that cemented his reputation as one of the most revered and emulated artists of all time.

COLLECTED COOL also includes a DVD of a live performance filmed at the London Apollo Victoria Theatre in 1983. This show was only aired on cable in 1983 for a brief time and has never been aired or available since then. Martin commands the stage with his own unique and charismatic presence and that's all captured on this DVD for fans and newcomers alike to experience why Dean Martin still remains a superstar. Musician/Actor Steven Van Zandt commented about Martin, "He was the coolest dude I'd ever seen, period."

Dean Martin's early autobiography is as gritty as that of any hip-hop star: delivering bootleg liquor, serving as a speakeasy croupier and blackjack dealer, working in a steel mill, ruling the ring as boxing phenomenon Kid Crochet, and rubbing elbows with members of the nightclub underworld.

Born Dino Paul Crocetti, he soon christened himself Dean Martin. Martin developed his own style, not content to follow the others. He later paired up with comic Jerry Lewis and the comedy duo became the hottest ticket around and parlayed their onstage success into a string of hit movies and television appearances. But Martin was also a formidable solo artist, scoring such hits as "Memories Are Made of This," "That's Amore" and "Powder Your Face With Sunshine (Smile! Smile! Smile!)" for Capitol Records; all are represented on this box set.

After Martin and Lewis parted ways, Martin continued to wow crowds in Vegas and impress critics with a series of dramatic film roles, successful TV specials and a consistent string of hit singles and albums. Not long after, Martin's affiliation with Frank Sinatra, Sammy Davis Jr. and the rest of the fabled Rat Pack became a new chapter in his life. He fueled his image as a boozing playboy through onstage antics with his pals in ensemble films like Ocean's 11 and Robin and His 7 Hoods.

DEAN MARTIN - COLLECTED COOL: Disc one follows Dino's early rise to stardom and features the best of his Capitol Records years, packed with his biggest hits, signature songs, rarities and career-defining recordings. Included are some of Martin's most well-known numbers such as "That's Amore," an instant classic and one of his most beloved songs that reached No. 2 on the Billboard Hot 100; "Return to Me" which hit No. 4 on the Billboard Hot 100; plus Martin's signature tunes "Volare" (peaking at No. 12 in 1958), "If I Could Sing Like Bing" (his homage to vocal great Bing Crosby), the stereo version of "On An Evening In Roma," the ever-popular "Ain't That A Kick In The Head," and the unreleased "Dean's Spoken Word Introductions," taped in 1949.

In early 1962, Dean Martin left Capitol and began to record for Frank Sinatra's newly formed label, Reprise Records. Disc 2 features some of Martin's biggest and most cherished hits from his rich and fruitful Reprise years plus a stripped-down version of the No. 1 hit single "Everybody Loves Somebody," which originally topped the charts and knocked the Beatles from the No. 1 spot. Also included are his No. 1 Adult Contemporary hits "In The Misty Moonlight," "In The Chapel In The Moonlight," "You're Nobody 'Til Somebody Loves You" and the track "The Door Is Still Open To My Heart," which also reached No. 6 on the Billboard Hot 100 chart. Other notable highlights include "Guys and Dolls"(featuring Frank Sinatra), the top-10 hit "I Will," which entered at No. 3 on the Adult Contemporary charts, and his duet with Conway Twitty, "My First Country Song," which reached the top 50 on Billboard's Country & Western chart and earned Dean Martin his first ever country hit.

Disc 3 features a rare, live audio recording of Dino's concert at Cal-Neva Lodge in Lake Tahoe, CA, on July 27, 1962. This show captures Martin at the apex of his career, during his post-Capitol years and extremely prolific tenure at Reprise. This performance has never been released in its entirety -- only a few tracks were available as bonus material -- but it's now available on this box set. Featured are incredible performances of "Volare," "On An Evening In Roma," "It Had To Be You/Nevertheless," "Beautiful Dreamer" and his only recording of Matt Monro's hit "My Kind Of Girl." Dino's quick wit and sense of humor shines bright through his onstage banter and parodies of classics such as "I Love Tahoe (Paris)"and "Drink To Me Only With Thine Eyes," all caught on this 51-minute rare recording.

Collected Cool also contains a DVD featuring 60 minutes of live footage from his show at London's Apollo Victoria theatre show in 1983. This performance originally aired only on Showtime and has never been made commercially available until now. This live concert features Dino performing some of his biggest hits and well-known songs including "Everybody Loves Somebody," "That's Amore," "Little Ole Wine Drinker Me" and "Welcome To My World," plus classic Martin parodies of "Pennies From Heaven," "Please Be Kind" and "It's Magic."

Dean Martin's effortless vocalizing has become modern shorthand for cool, as evidenced by the use of his songs in films, television, and ad campaigns, and this box set chronicles one of the most important artists of the 20th century. The Washington Post summed it up by saying, "Somewhere in the public identity of Dean Martin was a kind of essential Everyman of wonder, celebrating the fact that everybody does love somebody sometime, and that we could do worse than raise a glass to joys like that."

1.Tik-A-Tee, Tik-A-Tay
2.Senza Fine
3.Who's Got The Action
4.Guys And Dolls
5.Marina
6.Everybody Loves Somebody (with instrumental quartet)
7.The Door Is Still Open To My Heart
8.You're Nobody 'Til Somebody Loves You
9.In The Misty Moonlight
10.Sophia
11.Send Me The Pillow You Dream On
12.In The Chapel In The Moonlight
13.Welcome To My World
14.Houston
15.I Will
16.Somewhere There's A Someone
17.My First Country Song (featuring Conway Twitty)
18.LA Is My Home

1.Everybody Loves Somebody
2.Drink To Me Only With Thine Eyes
3.When You're Smiling
4.Pennies From Heaven
5.L-O-V-E
6.Everybody Loves Somebody (reprise)
7.Where Or When
8.Welcome To My World
9.Drinking Champagne
10.That's Amore
11.Love Walked In
12.Please Be Kind
13.It's Magic
14.Ken's Noodle
15.Bad, Bad Leroy Brown
16.For The Good Times
17.Here Comes My Baby Back Again
18.Little Ole Wine Drinker Me
19.Bumming Around
20.One Hour With You
Posted by dino martin peters at 7:11 AM

Hey pally, just noticed this pic on Amazon of the new Dino set - wonder if you've seen this one yet? Looks like a handsome set indeed!

Hey pallie, likes LCM...thanks ever so much dude...likes no I had not seen that inside shot of this fab new Dino-set...very very cool indeed...keeps lovin' our Dino!