teenyboppers would crowd the alley whenever Mr. Martin was in town. 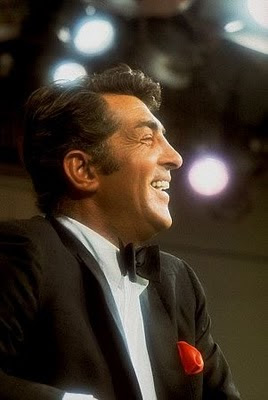 Hey pallies, likes welcome to our fourth day of Dino-amore-month! Today's Dino-love deals with two thin's near and dear to this Dino-holic's Dino-heart: (1) Learnin' each and every Dino-detail that likes I possible can, and (2) proclaimin' the pure and simple Dino-truth that youth of every generation...both past and present....always have and always will continue to fall for our most beloved Dino.

From the blog pad Project Captured, "a luxury brand online publication that celebrates topics of Music, Fashion and Entertainment," comes an essay that a writer tagged Jessica puts the accent on the historic Chicago Theatre that puts the accent on our Dino.

Our great man played this windy city theatre several times in his career and I was likes so so smitten when I read the followin' Dino-detail that I had never ever heard before...

"Apparently, whenever Dean Martin had a show at the theatre, he would poke his head out of the star dressing room into the alleyway in an attempt to garner more audience members. This became such a favorite that teenyboppers would crowd the alley whenever Mr. Martin was in town."

Likes, of course, I am thrilled to be addin' this dynamite Dino-antidote to me Dino-knowledge, and to have more and more Dino-evidence that youthful mods have always always been attracted to our great man. Our Dino, as recorded in Nick Tosches' Dino-tome, loved "to put the accent on youth" and it brings me so so much pleasure to read that Chicago youth in our Dino's day loved puttin' the accent on our King of Cool.

Likes, oh, how I woulda loved to have been there to see our Dino pokin' his head outta his dressin' room door to the adorin' Deanangers crowdin' the alley, showin' deep, pure and true Dino-devotion, hopin' to get a glance at their idol!

Below is a brief portion of the Chicago Theatre prose, and as usual, if you clicks on the tag of this Dino-gram you will gets transported to the whole piece in it's original source. Kudos to the pallies at Project Captured and in particular Miss Jessica for makin' my...and hopefully your Dino-day with this wonderfully historic Dino-tale. In our Dino, DMP 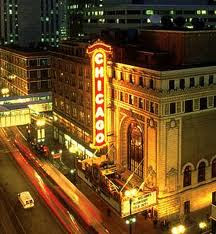 How often do you go somewhere full of magic? Where your troubles seem to be left at the door? Well, the Chicago Theatre is just such a place because it was designed to be just that.

Today, I was lucky enough to go to the historic Chicago Theatre for a tour. We got basically an all access pass to see everything from the lobby, based on the Paris Opera House, to the backstage where so many legends have prepared before shows. Taking the tour of the theatre was both informative and absolutely beautiful.

Originally the Chicago Theatre was built for movies but has since hosted famous musicians, shows and comedians. Although not known for it’s theatre connection, it hosted Donny Osmond’s version of Joseph and the Technicolor Dream Coat, which was the longest running show in Chicago before we became such a Wicked city.

The Chicago Theatre has had so many greats on it’s stage: Frank Sinatra, Prince, Ricky Gervais, Dean Martin, Julie Andrews and, of course, Charlie Sheen. If only walls could talk! Apparently, whenever Dean Martin had a show at the theatre, he would poke his head out of the star dressing room into the alleyway in an attempt to garner more audience members. This became such a favorite that teenyboppers would crowd the alley whenever Mr. Martin was in town. It’s hard to imagine how many more stories the historic theatre holds.
Posted by dino martin peters at 7:06 AM