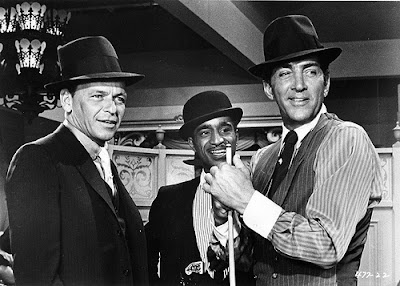 Hey pallies, likes our month of celebratin' Dino-amore may well be windin' down, but today's post is sweet Dino-testimony that Dino-love is heatin' up dudes! Likes this weekend ilovedinomartin was thrilled to be drawn to some Dino-devotion published at the ISU Voice blog pad...btw ISU stands for Idaho State University.

The post as you will find it printed below was written by Mr. Devin Bodkin and is tagged "Pool legend dazzles fans at ‍ISU." The prose puts the accent on "Fivetime World Trick Shot Champion Stefano Pelinga," who was at ISU last Thursday night to perform pool tricks for the gathered ISU student population.

Likes where our Dino comes in pallies is that Mr. Peligna boldly and brashly proclaimed that his encouragement to become a billiard's player came from none other then our most beloved Dino! Peligna "as a 12-year-old growing up in Italy, said he regularly watched Martin play pool on television as a child."

In his own words of deep, pure and true Dino-devotion, Mr. Peligna speaks so lovin'ly of our great man....“I like to credit people who have been instrumental in my career, like Dean,” Pelinga said Thursday. “I even boxed for a few years because Dean Martin did. He’s my all-time idol.”

Likes can't tell you pallies how moved I am by hearin' 'nother world class successful pallie who gives all the credit to our amazin' Dino! Simply simply thrillin' to know that our Dino has hugely hugely inspired Mr. Peligna career path!

Nows, I've read tons and tons of reports of pallies who have been inspired to sing and act and make funny wantin' to be likes our Dino, but likes this is the first time that I can recall hearin' how our Dino inspired a pallie to box and to play pool! 'Nother great story of 'nother pallie's life transformed by our most beloved Dino.

ilovedinomartin sends our our deepest of the deep Dino-appreciato to the pallies at Idaho State University and 'specially Mr. Devin Bodkin for scibin' this fabulous fabulous Dino-report bringin' the deepest of Dino-delight to all us Dino-devotees! Likes have only included the portion of the prose that puts the accent on our Dino.
To view this in it's original published form and read it in it's entirety, just clicks on the tag of this Dino-gram. Dino-awed, DMP 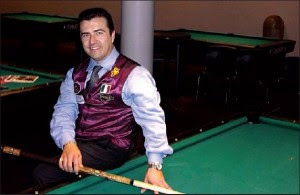 As a 12-year-old growing up in Italy, Pelinga, who dazzled fans at ‍ISU‍’‍s pool hall Thursday, Feb. 23, said he regularly watched Martin play pool on television as a child.


“I like to credit people who have been instrumental in my career, like Dean,” Pelinga said Thursday. “I even boxed for a few years because Dean Martin did. He’s my all-time idol.”

After slipping into his signature purple vest Thursday, Pelinga performed pool tricks ranging from shooting balls stacked atop water bottles to sinking up to four balls with one shot.....
Posted by dino martin peters at 7:16 AM

I wish there was video footage of Deans boxing fights.
I know it`s a brutal sport but I have to admit I do enjoy watching the occasional video of Muhammad Ali or Sugar Ray Leonard.
But seeing Muhammad Ali recently on the news, I agree boxing should be banned along with Steeple Chase races for horses.
I have a very old video of a boxer named Archie Moore fighting the then Cassius Clay and guess who is in front of the audience ?
Wearing his tuxedo ?

Hey pallie, likes Miss Ky per chance mighta that be our most beloved Dino? Keeps lovin' our Dino!