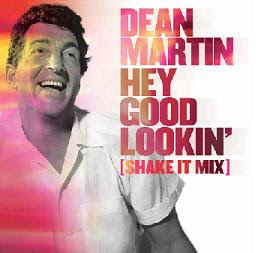 Hey pallies, likes it just doesn't gets likes better then this dudes. Our Dino-holic pallie Danny G. likes put me on to today's Dino-amore-month post here at ilovedinomartin. From the web pad "Kik Axe Music" (clicks on tagg of this Dino-patter to goes there) and the pen of Mr. James Zahn comes news of a cool new "remix" of the Dino-tune "Hey Good Lookin'" available as a free down load courtesy of the official Dino-site "Dean Martin.com."

Cool of the pallies at "Kik Axe Music" and Zahn to puts us on to this freebie available today through Dino-amore-day on Monday. As you will read, after that you will have to pay some bread to gets the download. If likes you click on the link at the "Kik Axe Music" announcement, you will be taken to "DeanMartin.com" to gets in on the free Dino-action.

ilovedinomartin sez our thanks to our Danny G. for puttin' us on to this free offer, and to the good folks at "Kik Axe Music" and Mr. James Zahn for sharin' this great Dino-news with likes the wider Dino-world. Likes how great on the weekend leadin' up to Dino-amore-day to gets some free Dino-lovin' from the pallies at "DeanMartin.com." Dino-amorin', DMP 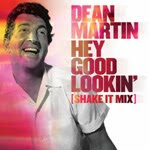 In honor of Valentine's Day, the official DEAN MARTIN website is offering a FREE DOWNLOAD of an all new remix. "Hey Good Lookin' (Shake it Remix)" is available now through Monday, February 14th, after which it will only be available for purchase through all major digital music stores. This classic tune from the Rat Packer was reworked by renowned producer/engineer Herb Graham Jr. (Macy Gray, John Cale). CLICK HERE FOR THE GOODS!

More on the song:

Written by country music legend Hank Williams Sr., Dean Martin's original version of the classic sing-along "Hey, Good Lookin'" was initially released on the album titled "Country Style," Dean "Tex" Martin's first of two country-themed records for Frank Sinatra's Reprise Records label. One year later, at the height of Beatlemania, Martin would knock the Fab Four off the top of the charts with his hit single "Everybody Loves Somebody."

A famed star of the silver screen, television icon, Grammy® Award-winning singing sensation and member of the renowned Rat Pack, Dean Martin's show business legacy is legendary. So uniquely stylized, highly identifiable and crooned with the smooth approach that was his very own inimitable vocal style, his musical career features such classics as "Ain't That A Kick In The Head," "That's Amore," "Mambo Italiano," "Everybody Loves Somebody," "Volare," "Sway" and more, releasing dozens of album recordings over his lifetime. Starring in dozens of well-known movies including Ocean's Eleven, Rio Bravo, The Caddy, and Who Was That Lady?, for which Martin received a Golden Globe nomination for Best Actor, coupled with a highly popular television career, Dean Martin certainly earned his nickname as the "King of Cool."
Posted by dino martin peters at 7:14 AM

This is Great :)
I just downloaded this for me and Levi.
So much better than that Julie London remix

Hey pallie, glads to see you takin' advantage of this Dino-deal....and thanks for droppin' some Dino-patter...and likes keeps lovin' our Dino....

Hi Dean :)
The more I listen to this the more I like it.
It`s a real toe tapping number :)

Hey pallie, liks how cool is that Miss Ky...for those that thought our Dino was gone and out...they certainly are mistaken...the love and passion for our Dino continues to grow each and every day 'specially by youthful mods such as yourself...keeps lovin' our Dino....