"......Everybody Loves Somebody was the biggest hit in Dean Martin's long career."

Hey pallies, likes the Dino-love is likes flowin' freely as one of our Dino's liquid libations likes all over the web in these early days of Dino-amore-month. On this tres day of Dino-amore, from Toronto, Canada comes some Dino-lovin' from the pen of blogger Mr. Frank Pozen and his self-tagged blog, "Frank Pozen's Big Bad Blog."

Pozen puts the accent on our Dino's greatest of great amore hits ever, "Everybody Loves Somebody Sometime." Mr. Frank shares some pretty standard Dino-details 'bout our Dino's life and times and the events surroundin' that August 1964 day when our beloved Dino knocked dem Beatles off the chart.

For anyone new to Dino-lovin' this dude hits some of the major notes of the Dino-story...'though there is one thought posed by Pozen where I am likes in total total disagreement..."But it's likely that if he had never teamed up with Jerry Lewis, Martin would never have been a star."

No disrepect mean to Mr. Pozen, and he is certainly entitled to his opinion, and we coulda not likes proves this one way or the other...but to my mind, our Dino was destined for greatness, and if he hadn't teamed up with the jer, our great man woulda certainly found 'nother avenue to puts forth likes his uncomparible greatness as entertainer extraordinare!

But, anywho, it is great to see a dude likes Mr. Frank Posen bloggin' so lovingly 'bout our beloved Dino...so ilovedinomartin again says our thanks to Canadian Frank Pozen for sharin' his Dino-reflections on our Dino and his numero uno Beatle-bustin' tune of amore....'specially in this month of Dino-amore. To view this post in it's original format at Pozen's Pad, again, just clicks on the tagg of this Dino-patter. Dino-delightedly, DMP

AccuRadio Song Of The Day-Dean Martin 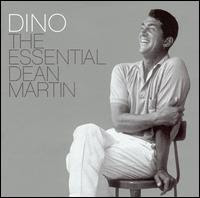 
It might surprise people to know that Everybody Loves Somebody was the biggest hit in Dean Martin's long career. It came at an interesting time because he hadn't had a hit in several years. He did plenty of other things but Martin was a singer first and I'm sure he was very happy he knocked The Beatles from the top of the charts in 1964. But it's likely that if he had never teamed up with Jerry Lewis, Martin would never have been a star. He was born Dino Crocetti June 7, 1917 in Steubenville, OH. He dropped out of school in 10th grade and attempted a boxing career. When that went nowhere, he changed his name to Dino Martini and embarked on a singing career. He worked with several bands in the 40s but really wasn't all that successful. His style of crooning was considered to be too similar to Bing Crosby. The turning point in Martin's career was when he met Jerry Lewis in a New York nightclub in 1945. They worked on their act and debuted in Atlantic City's 500 Club July 24, 1946. When their first set did not go over, they threw out the scripted gags and improvised. That was their success. Lewis being silly and Martin's reactions to him. They would become the hottest act in entertainment in nightclubs, TV and films. Meanwhile Martin had started his recording career with Capitol Records. His biggest hit That's Amore reached #2 on the Billboard Hot 100 in 1953 and would become his signature song. With Rock 'N' Roll becoming popular, Martin's recording career was inconsistent. He hated the new music and refused to change his style. He became close friends with Frank Sinatra and was part of The Rat Pack. When Sinatra left Capitol and started Reprise Records, Martin went with him. But Martin wanted a hit. He hadn't had one in a long time. He finally hit paydirt when Everybody Loves Somebody topped the charts in Aug. 1964 and even knocked The Beatles A Hard Day's Night from the top of the charts. Everybody Loves Somebody was written by Irving Taylor and Ken Lane and was originally recorded by Frank Sinatra in 1947 and also recorded by Ella Fitzgerald and Peggy Lee. Lane usually worked as a music arranger for films but at the time, he was working with Martin on his recordings. It was Lane's idea to record the song and he became pianist and arranger on Martin's TV variety series. At the time, Martin's son Dean Paul Martin was an aspiring rock musician and dad hated the music so much that he vowed that he would knock The Beatles from the top of the charts. Dean Martin's recording career faded but his other activities kept him in the public eye until his death on Dec. 25, 1995 at age 78. This comp is a perfect intro to his music. Here's Dean Martin performing Everybody Loves Somebody at a 1964 Rat Pack show.

Hey pallie, likes when it comes to our Dino...indeed Danny-o we need not say more..'cause truly only Dino matters...keeps lovin' our Dino....