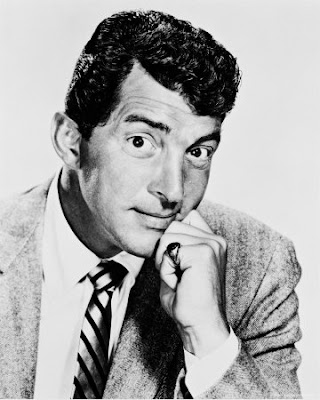 Hey pallies, you just never know where Dino-devotion is goin' to shows up on the web. Today's Dino-gram originated at the blog pad telegraph.co.uk, where a Brit dude, Harry Mount, tells how he was interrupted in listenin' to our Dino on his iPod, while shoppin' at a London grocery tagged Tesco's.

A professional writer for newspapers and mags both in Great Britain and the US, Mr. Mount tells his Dino-listenin' was interrupted by a TV broadcast of "the choir singing during the Mass at Bellahouston Park, where the Pope was taking the service."

Ain't it amazin' the extraordinary ways that the name of our Dino gets lifted up. How cool of this professional writer dude Mr. Harry Mount to tells his whole readership of how he is listenin' to our Dino on his ipod. Yep his Dino-listenin' gets a bit of an interruption...but you can be sure that he will return again and again to the soothin' sounds of our Dino wherever he needs to chill out.

We says our thanks to Mr. Mount for liftin' up the name of our Dino in this way and openly sharin' his Dino-listenin' habits...you just never know how our Dino will use this little Dino-prose to bring many other pallies to the knowin', the lovin', and the listenin' to our Dino! To read this in it's original format, likes just clicks on the tagg of this Dino-message. Dino-sharin', DMP

Harry Mount is the author of Amo, Amas, Amat and All That: How to Become a Latin Lover and A Lust for Windowsills - a Guide to British Buildings from Portcullis to Pebbledash. A former leader writer for the Telegraph, he writes about politics, buildings and language for lots of British and American newspapers and magazines.

Moved by the Pope in the Tesco's on Regent Street

The man who calms the strain at the checkout

I’ve just had an odd moment, packing up my lettuce, tomatoes and raspberries at the till at Tesco’s on the corner of Regent Street.

It was the usual hell of a Friday evening – office workers shopping for the weekend, tourists trying to tell the difference between the 5p piece and the 20p, young men front-loading booze for the evening ahead in the West End. I had on my iPod, my usual protection from the sound and the fury of London life. But, beyond the noise of Dean Martin in my ear, I heard something odd, something strangely calm and beautiful.

It was the choir singing during the Mass at Bellahouston Park, where the Pope was taking the service. It was broadcast live on Sky News, which is always on in the supermarket, usually broadcasting adverts and news – often interesting news, yes, but never uplifting like this.

Even if you’re not a Catholic – I’m not – or even a believer – I’m not – there was something beautiful and serious in the religious music; a beauty and seriousness that rarely interrupts the dreary, ugly noises of everyday life.
Posted by dino martin peters at 7:12 AM