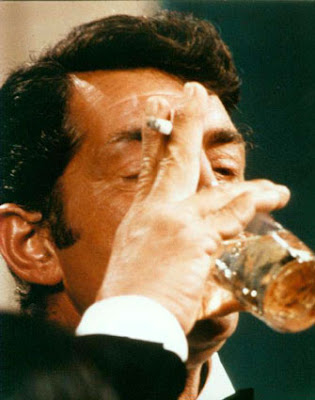 Hey pallies, likes you all knows, ilovedinomartin tries it's best, just likes our Dino, to basically stay apolitico. But, sometimes there are such cool refs to our beloved Dino in the political area, and likes we just have to share 'em with all you Dino-philes.

Such is today's Dino-gram. From CNN.com comes this comparison of our Dino and Rep. John Boehner, who is workin' to position himself at the top of the heap if Republicans take control of the House of Representatives after the fall elections.

ilovedinomartin has previously shared the numerous thin's that our Dino and Boehner does have in common: both hail from the great state of Ohio; both began with the humbliest of beginnin's; boh became rich and famous each in their own ways; both loves their smokes (our Dino, his Kents, Boehner, his Barkleys); both are avid followers of puttin' the small ball in the round hole; both are a tan man; and both are rumored to the enjoyin' of partakin' in some liquid refreshments.

Those of us who loves our Dino, whether we are fans of Rep. Boehner or not, can have much rejoicin' in the many and varied ways the name of our Dino will surely be lifted up in politico circles this election season....all helpin' to drawin' more and more dudes to knowin', lovin', and homagin' our Dino. Dino-delightedly, DMP btw, to read the whole CNN article 'bout Representative John Boehner, just likes clicks on the tagg of this here Dino-post. Dino-delightedly, DMP 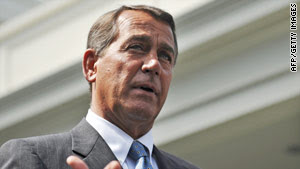 Inside Washington, the 61-year-old Boehner is frequently compared to Dean Martin -- a laid-back but skilled politician who has built up a considerable circle of influence and fundraising base since his election to Congress in 1990.

The Boehner caricature is one of an inside player -- much like Martin's "Rat Pack" days -- someone who smokes heavily, loves to golf, and is perpetually tan.
Posted by dino martin peters at 7:23 AM

Wow! I guess I've been out of touch lately as I hadn't heard about this comparison of our Dino and John Boehner.

I have, of course, read that if the GOP gets control of the House of Representatives in November that Boehner will become Speaker of the House.

Hey pallie, nice to hear from you Miss AOW, and likes the patter 'bout Boehner is certainly helpin' the Dino-cause....how cool that our Dino and Boehner seem likes soul mates....