Hey pallies, likes it is a very rare Dino-occasion that likes I post all the credentials of a writer of Dino-patter featured here at ilovedinomartin. But, today as the ol' Dino-blog goes back in time to pick up an outstandin' tribute done for our Dino on his passin' on 25 December 1995, likes I just haves to share with you all 'bout this writer dude Jeff Jacoby who penned this extremely heart-felt Dino-remembrance for his column for The Boston Globe.

In his "Homage to a crooner," Mr. Jeff Jacoby openly and boldly professes his Dino-admiration and likes how much he is devoted to our beloved Dino. One of the thin's likes that I so loves 'bout Dino-lovers is that they comes in all ages and stages, from all walks of life. As you read Mr. Jacoby's bio, you will find that he is likes one well-grounded, well-schooled, and well-respected newspaper columnist...when Jacoby speaks people respectfully listen.

So, I am sure that this Jacoby Dino-trib has and will continue to lead others to knowin', lovin', and becomin' devoted to our Dino. Even though this Dino-homage is almost 15 years old, these words of Dino-respect are as so pure and so poignant as when they were first penned a few days after our beloved Dino's passin' in 1995.

ilovedinomartin expressed our heart-felt thanks for Mr. Jeff Jacoby's heart-felt expressions of Dino-passion. To view this in it's original format at jeffjacoby.com, likes just clicks on the link of this here Dino-gram. Dino-awed, DMP


Jeff Jacoby has been an op-ed columnist for The Boston Globe since February 1994. Seeking a conservative voice, the Globe hired him away from the Boston Herald, where he had been chief editorial writer since 1987. The Boston Phoenix has dubbed his twice-weekly essays "a must-read," describing him as "the region's pre-eminent spokesman for Conservative Nation."

A native of Cleveland, Jeff Jacoby graduated with honors from George Washington University in 1979, and from Boston University Law School in 1983. He briefly practiced law at the nationally renowned firm of Baker & Hostetler, returning to Boston in 1984 to work on a political campaign. In 1985-87, he was an assistant to Dr. John Silber, the president of Boston University.

For several years, Jacoby was a political commentator for WBUR, Boston's National Public Radio affiliate. He also hosted "Talk of New England," a weekly television program. He is a frequent guest on radio talk shows across North America. He serves on the board of directors of the Ford Hall Forum, the nation's oldest free public-lecture series.

In 1999, Jacoby became the first recipient of the Breindel Prize, a $10,000 prize for excellence in opinion journalism. In 2004, he received the Thomas Paine Award of the Institute for Justice, an award presented to journalists "who dedicate their work to the preservation and championing of individual liberty."

Jeff Jacoby is married to the former Laura Weller. They live in Massachusetts with their sons, Caleb and Micah.

SOME PEOPLE MY AGE fantasize about being Bruce Springsteen. Others yearn to sound like Whitney Houston. 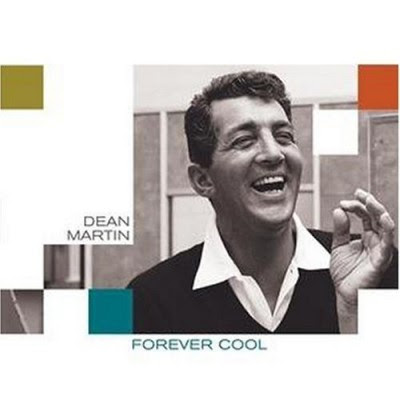 My tastes, I guess, aren't age-appropriate. I would give anything for a voice like Dean Martin's.

By the time he died, at 78, on Christmas Day, Martin's singing career was long over. It was already over when I first discovered it, as a college student in the late 1970s. I never saw him perform live, never watched the nightclub act that once had customers lined up around the block, never tuned in to "The Dean Martin Show" on NBC. His legendary partnership with Jerry Lewis, the movies he made with Marlon Brando and John Wayne and Judy Holliday, his antics as a member of Frank Sinatra's "Rat Pack," even the Dean
Martin celebrity roasts -- all ancient history to me. All I've ever known of Martin is the sound of his voice on vinyl and tape. But, Lord, what a voice.

Down each avenue and via,
Street or strada
You can see 'em disappearin' two by two,
On an evening in Roma.

Do they take 'em for espresso?
Yeah, I guess so.
On each lover's arm a girl I wish I knew.
On an evening in Roma

It is a little jarring to be reminded just how phenomenally popular Dean Martin's songs once were. "Everybody Loves Somebody" was such a smash hit in 1964 that it knocked the Beatles, no less, out of Billboard's No. 1 spot. Between 1964 and 1969, Martin released 11 albums that went gold, seven of them in one incredible 18-month period. His buoyant "That's Amore" was not only a million-seller that rocketed to No. 2, it was nominated for a 1953 Academy Award as best song from a motion picture. Thirty-four years later, Martin's first gold record reached the charts all over again -- as the theme from "Moonstruck."

What he was famous for -- what I wish I could duplicate -- was the lazy nonchalance of his delivery. He had the slouchiest baritone ever, a singing style that sounded as effortless as a shrug. Like all great talents, he made it seem so easy. "He could look relaxed astride an H-bomb," wrote Derek Martin in the Guardian.

Of course, there was nothing easy about it. The lyrical voice was a gift from God. But that irresistibly careless manner? Pure professionalism.

When marimba rhythms start to play,
Dance with me,
Make me sway.
Like a lazy ocean hugs the shore,
Hold me close,
Sway me more.

Martin often claimed, self-deprecatingly, that he had simply "copied Bing Crosby 100 percent." Maybe he even believed it. Crosby, the original "crooner," had a gorgeous voice, no question; his reputation as one of the 20th century's four or five most influential and beloved popular singers is beyond challenge.

But where Crosby's recordings sound flawlessly serene, Martin's sound warm and human and unfeigning. Crosby's music is a perfectly balanced chablis; Martin's is Southern Comfort. Crosby sang brilliantly for his audiences. Martin, no less brilliantly, sang to them.

His life was a classic story of American show business. Not rags to riches, exactly -- more like scruff to stardom. He was born Dino Crocetti, the son of an immigrant Italian barber, in the rough factory town of Steubenville, Ohio. He dropped out of high school in the 10th grade (only to spend his life embarrassed by a poor command of English grammar) and took any job he could find. He bootlegged whiskey, pumped gas, worked in a steel mill handling hot wire, stole hubcaps. He clerked in a cigar shop. He even boxed as a welterweight until his hands became too mangled.

It was while he was working as a croupier in a gambling joint that some friends coaxed him into singing in public. His musical career began in 1940 at Walker's Cafe, a roadside club in Steubenville. He called himself Dino Martini and sang with Ernie McKay's band, making $50 a week -- less, he said, than he could steal at blackjack.

Three years later he was playing gin mills in New York. Three years after that, he teamed up with a zany comic named Jerry Lewis. Success followed almost overnight.

In time he was worth millions, but Martin never forgot where he started. He once offered a couplet about his good fortune: "Back in Steubenville, Ohio, they're doubting this, I swear/ They're betting six to five that I still get the chair."

That's what was in Dean Martin's voice. At least it's what I hear: the empathy of a guy who used to bundle coils of steel wire and deal poker hands in the back of the Rex Cigar Store. He never grew too full of himself, too ego-swollen to appreciate his audience. He was a singer who adored his job, and you could hear it in every stanza. What I wouldn't give to sing the way he did.

(Jeff Jacoby is a columnist for the Boston Globe.)
Posted by dino martin peters at 7:29 AM

This is a great homage to Dean.
Something that has always irritated me was having Dean say he copied Bing Crosby.
Dean was gifted with his own great voice and talent.
It was destiny that Dean would become a great all round entertainer.
The Crosby thing was Dean being modest again.

Hey pallie, thanks Ky for takin' some time to share your Dino-appreciato...there never was and never will be anyone that coulda ever even come close to the unique style of our Dino....keeps lovin' our great man...