Hey pallies, likes our most beloved Dino continues to be showin' up all over the web and in some of the most interestin' 'n intriguin' ways.  Case in point, likes today we visit at the blog pad tagged " INETHonduras" where swank scriber Mr. Miguel Barjum's has lifted up the name of our most beloved Dino in his potent post, "Boy meets artificial girl: My son got an Echo Dot, and here’s what he’s saying to Amazon’s Alexa."

Likes, it seems that Mr. Barjum's boypallie Henry recently celebrated his tenth birthday and grandparents gifted the lad with an Echo Dot last week.  We gotta 'fess up that we never ever heard of an Echo Dot 'til we read 'bout it in this Barjum's writin's.  Seems that young Henry has become supremely smitten by all the ways that "Alexa" can answer his questions.  If you clicks on the tag of this Dino-gram you can read the awesomely amazin' wondrous ways that Miguel's boypallie is havin' the time of his life usin' Alexa's services.

Of course, likes, what grabbed our Dino-attentionado was this sentence, "A running list of more music I’ve barely heard of is oddly interrupted by a request to hear some Dean Martin. No idea what prompted that."  Somehow, someway, seems that ten year old Henry has begun usin' Alexa to gets himself turned on to Dino-croonin'....and, of course, we celebrate Henry's discovery of the Dean scene!!!!!  We woulda loves to learn more 'bout Henry's awesome attraction to our King of Cool, but for now we simply share our terrific thrill of knowin' yet 'nother of today's youth are tunin' in to the smooth sounds of our great great man.

Likes, it brings us the deepest of deep Dino-delight to continue to share with all youse Dino-holics Dino-sightin's all over the ol' world wide web....'specially accentin' today's youth!  We thanks Mr. Miguel Barjum for his perfect post how our most beloved Dino has entered in boypallie's Henry's life through the most up-to-date technology.


Boy meets artificial girl: My son got an Echo Dot, and here’s what he’s saying to Amazon’s Alexa

In my 10 years as a parent, I’ve served as the authority on a number of subjects, ranging from when one might expect a cut to stop bleeding to why there are no more dinosaurs.

But there’s a new voice in my house fielding questions from my curious kid, and we’re all learning what it’s like to live with one another.

Amazon’s Alexa showed up inside an Echo Dot last week, courtesy of grandparents on the other side of the country looking to wow a Seattle kid on his birthday. From the moment she was powered on and linked to various devices around our house, the voice-activated A.I. has had my son Henry’s attention. 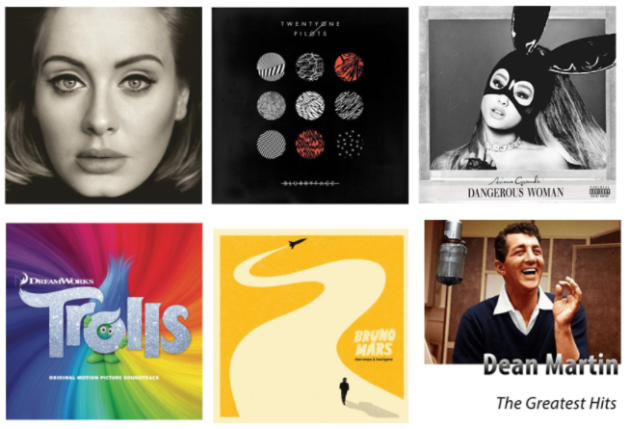 A running list of more music I’ve barely heard of is oddly interrupted by a request to hear some Dean Martin. No idea what prompted that.


Posted by dino martin peters at 7:08 AM

Go Henry Go! Sounds like the boy has gotten bit by the Dino-bug! Cool!

Hey pallie, likes Eddie-o, likes the ol' 'net has been such a wonderful way of spreadin' Dino to pallies of all ages and stages, of all types and stripes! Keeps doin' your part dude to makes our Dino known farther and wider then ever!

Hey pallie, likes Danny-o, likes we's with youse dude...totally totally thrilled to find 'nother of today's youth gettin' tuned in and turned on to our most beloved Dino! How's your boypallie Nicky and girlpallie Stel doin' in their devotion to our Dino? Keeps lovin' 'n sharin' our one, our only Dino !