WE ALL LOVED DEAN, OF COURSE. 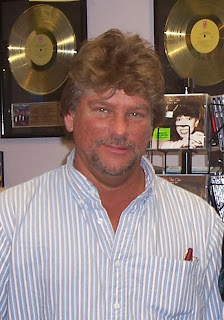 Hey pallies, likes stunnin' stories 'bout our Dino keep poppin' up all over the worldwide web and we are perfectly pumped to be able to share 'em with Dino-holics all over the known Dino-world!  Likes today we make our first, but we are certain not last, visit to a magnificant musical  blog tagged "Forgotten Hits" where Mr. Kent Kotal holds forth.  Kotal calls Chicago home and the intriguin' intro to his blog states, "We're doing our part to help Keep Yesterday Alive ... thanks to a GREAT list of music fans and contributors from all over the world. Forgotten Hits is Oldies Radio's Best Friend ... it's Radio That You Can Read! "

Likes our pallies at Twingly Advanced Blog Search recently sent up to Kent who shared  a reader's request for help in findin' a recorded interview of our Dino from an L.A. radio station in 1962.
The request comes from drummer musician Mr. Hal Blaine, part of the musical group "The Wrecking Crew," who worked on our Dino's second al-b-um under the Reprise label.  We believe that al-b-um was "DINO LATINO," at least that is what our research indicates.

Below you will read Mr. Blaine's awesome amore of our Dino and our Dino's praise of Hal's delightful drummin' ability.  Likes it 'nother noteworthy nugget of the life and times of our Dino and we are majestically  moved to be able to share it with all youse Dino-philes!  And, we now have yet 'nother great blog to do more Dino-research on!

We sez our thank you very much to Mr. Hal Blaine for seekin' out help in findin' a recordin' of the Dino-interview and to Mr. Kent Kotal for havin' such a supreme site for sharin' musical history includin' on our most most beloved Dino!  To checks this out in it's original format, simply clicks on the tag of this Dino-report.

This may be the ultimate “Helping Out Our Readers” segment …

KENT,
LET ME THROW SOMETHING AT YOU ...
AFTER FINISHING DEAN MARTINS 2ND REPRISE ALBUM, I CAUGHT HIM ON AN INTERVIEW STATING : “THIS BAND IS GREAT … I’VE GOT HAL BLAINE ON DRUMS AND IF HE BEATS THOSE DRUMS ANY HARDER, WE’RE GONNA GIVE HIM THE GOLDEN TRUSS AWARD “ !!!!!!!!!!!!!!!!
KENT, I HEARD THAT IN MY CAR AND JUST A FEW MONTHS LATER THAT AWARD WAS DELIVERED TO ME!!!  WHAT A SURPRISE.
WE ALL LOVED DEAN, OF COURSE.  I WAS ALSO CLOSE TO DEAN’S SON DINO ON THE RECORDS OF DINO, DESI AND BILLY…  WE REALLY WERE FAMILY. DEAN WAS NEVER THE SAME AFTER DINO WAS LOST IN HIS FIGHTER JET IN THE SAN BERNARDINO MOUNTAINS ... THE SAME MOUNTAINS WHERE DOLLY SINATRA, FRANK'S MOM AND NANCY’S GRANDMOTHER, PASSED AWAY IN A PLANE CRASH.  THE SOMETIMES STRANGENESS OF REAL LIFE ????
AT ANY RATE, YOU SEEM TO HAVE YOUR FINGERS ON SO MUCH GREAT TAPED STUFF, I HOPED THAT PERHAPS YOU JUST MIGHT HAVE THAT SHORT QUIP BY DEAN??? IT WAS AN L.A. RADIO STATION INTERVIEW.  I JUST CAN’T FIND IT ANYWHERE ... PERHAPS YOU MIGHT HAVE IT????
SO WHATEVER, THANKS FOR KEEPING ME IN THE NEWS LOOP.
ALL THE BEST TO YOU AND I DO HOPE THAT YOUR EASTER BASKET WAS FILLED WITH GOODIES !!!
ALL THE BEST ...
HAL BLAINE

Great “inside” stuff from Hal! Loves hearin’ Dino-scoop from those who were fortunate to have spent time with our main man! Thanks for sharin’, DMP!

Hey pallie, likes Danny-o, pallies likes we live and breathe to mine more Dino-gold likes this...likes helps us returns just a beautiful bit to the days when Dino walked the earth! Keeps lovin' 'n sharin' our one, our only DINO!