Although Davis never married, she did have a long-term relationship with Dean Martin in the 1970s.

Hey pallies, likes we loves! loves! loves! to find more 'n more internet references to our Dino's amores, and youse guessed it Dino-holics, we have yet 'nother one to share with youse this very Dino-day.  Likes once 'gain our pallies at Google Dino-'lerts have sent us to 'nother new-to-ilovedinonmartin pad tagged "Star News ONLINE" of Wilmington, North Carolina  where Star News staffer Mr. Scott Nunn shares that 47 years 'go on April 15, 1971 Miss Phyllis Davis was th"Queen  Azalea" at the  Wilmington Azalea Festival.

As you will note below, Mr. Nunn shares that " Although Davis never married, she did have a long-term relationship with Dean Martin in the 1970s."  We are most delighted to have 'nother world wide web source share information on one of our Dino's lovin' relationships in the swingin' seventies.  We remember that Miss Davis starred in the small screen series "VEGA$," and that our most beloved Dino even appeared in an episode with her season 2, Episode 2, "The Usurper," that aired on September 26, 1979.

Doin' a little bit of Dino-searchin' with Google's image search, we are also able to share a stunnin' shot of our  Dino and Miss Davis out clubbin' for your viewin' pleasure.  They certainly do make a strikin' couple!   We thanks Mr. Scott Nunn and all the pallies at "Star News ONLINE" for this particular post that shares our Dino's affection for Miss Davis.  To checks this out in it's original source, likes simply clicks on the tag of this particular Dino-gram. 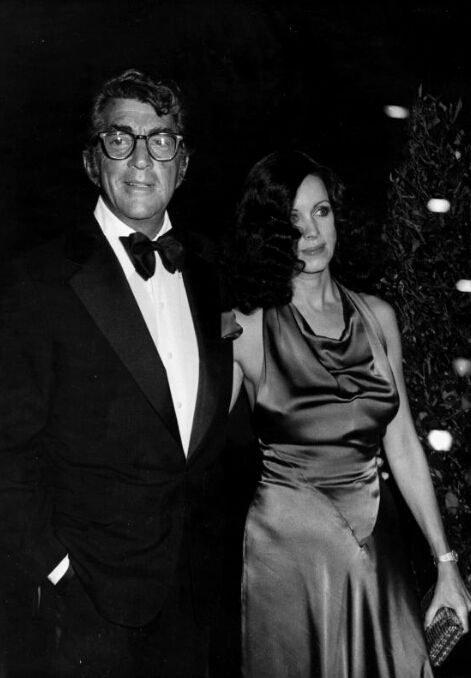 From the StarNews archives:

April 15, 1971: The Azalea Festival was getting underway as president Frank Ballard greeted Queen Azalea Phyllis Davis at the airport. At the time, Davis was best known for her regular appearances on ABC’s popular Friday night anthology comedy series, “Love, American Style.” Although Davis never married, she did have a long-term relationship with Dean Martin in the 1970s. She died of cancer in 2013 at the age of 73.
Posted by dino martin peters at 8:46 AM

Very cool, pal! I also totally DIG any & all info pertainin' to our swingin' bachelor ala 1970's! Strikin' couple indeed! Thanks for sharin'!

Hey pallie, likes Danny-o, knews you woulda digs...stay tuned for 'nother potent postin' on this Dino-romantio duo on the morrow. Keeps lovin' 'n sharin' our most most most beloved DINO!