Hey pallies, likes today is yet 'nother extremely important date in the life and times of our most beloved Dino. Likes thanks to a dude tagged "Rocketman5000" at "Inside the Rock Era" we got word that it was on the delightful Dino-day, April 16, 1964 that our great man recorded his coolest cool  croon ever...."Everybody Loves Somebody Sometime."

ilovedinomartin sez our thanks to "Rocketman5000" at "Inside the Rock Era" for bringin' this Dino-date to our attention so that we coulda shares it will all youse Dino-holics.  To view this in it's original format, likes just clicks on the tag of this here Dino-gram. And, for your Dino-viewin' and listenin' pleasure, we have included a stunnin' ver-s-ion of this chart-topper as recorded on the Dino-show. 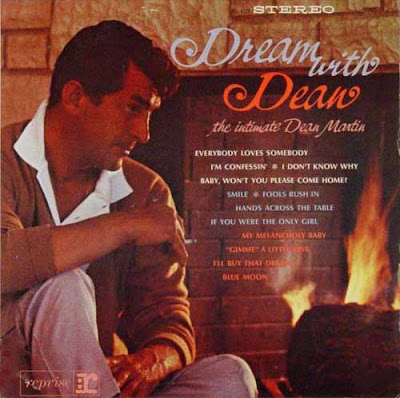 
Posted by dino martin peters at 7:36 AM

EPIC moment in time, pals! Was our pal at his best & a history makin’ Dino-jam. Great piece of info, DMP!

Hey pallie, likes Danny-o, "EPIC" is certainly the Dino-word for it! Keeps lovin' 'n sharin' our one, our only DINO!

Talk about one of Dean Martins most loved signature songs and a classic song if there ever was one. There is no question that this is a very important day in DM history! Thank you DMP for this most great of postings.

Hey pallie, likes Scotty-o, as usual youse speakth the Dino-truth dude! Youse have a wonderful week in Dino as well man! Keeps lovin' on our one and only DINO!