Hey pallies, likes it just wouldn't be the Dino-wintery season without the most powerfully pure prose from our brother in Dino, Ed of Ed's Epistle fame.  So, on this 20th  day of Dino-winter month, we share  a post that Ed first scribed for Dino-departure-day 2009.


It is with the purest of pure  pleasure that we once 'gain share, "Ed's Epistle.....Remembering Dino This Christmas".......some of our Brother Ed's most deeply deep Dino-hearted  sentiments ever.  Thanks Brother Ed for helpin' to bring so so much Dino-light to our Dino-paths! 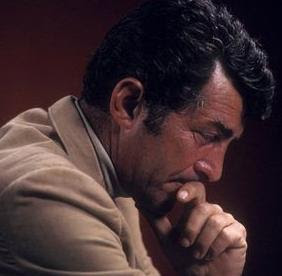 Christmas is a time of mixed emotions. Early childhood memories are filled with trees, lights, and gifts. Dino on the turntable and family in house. These are the days  were the basis of all future life moments are compared.

Doesn’t get better than that , my friends. Ed definitely speaks for us all. His feelins’ are our feelins’. Good. Bad. Happy & Sad. Christmas is made to endulge in family, friends & abundant amounts of our one & only pal, Dean. Great job, Ed!

Hey pallies, what a time we lives in!

The more time passes, the deeper these Christmas memories get at the river of my memory.

Honored to see this again! What a great time for Dino-zens and the blog, to be able to truly reflect the marriage of season spirits and Dino!