All I Want Is DINO: Factory Sealed! - Dean Martin - The Nashville Sessions - 1983

Hey pallies, likes  welcome back to Day 8, yet 'nother delightful day of Dino-winter season here at ilovedinomartin as we move day by day to Dino-departure-day.....the 25th of December....the day that our Dino departed our planet in 1995.   Likes, one of the thin's that we most enjoy doin' in preparation for this reverent remembrance of our Dino's passin' is to search the ol' world wide web for delightful Dino-giftin' idears, many of which are easy on the pocketbook, but would be awesomely appreciated by Dino-philes of all ages and stages.  So,   likes today we wanna shares with you a Dino-treasure that we are powerfully positive that simply a ton of Dino-holics woulda loves to be gifted with this Dino-season.

From the incredibly  intriguin' internet sales site, "Etsy" comes the offerin' of the vinyl recordin' of our Dino's last disc tagged "Dean Martin - The Nashville Sessions," released by Warner Brothers in 1983.  This is the only major Dino-al-b-um that has yet to be released in CD format, and we woulda guess is somewhat rare to come across.   As you will note below, it is bein' offered by a chick whose sales site is tagged "Missysvinyl."

This particular al-b-um is "factory sealed" meanin' that it oughta be in mint condition with only " a minor saw cut top right of album," meanin' that it was originally sold as a cutout.  Hard for those of us deeply devoted to our Dino to think that his last recordin' woulda ever reached the closeout status of a "cutout."  And, likes as you will note pallies, it's a beautiful bargain at only $9.99 plus shippin'.

Likes as we have never owned this original al-b-um ourselves, we would be deeply deeply delighted to have it gifted to us this Dino-winter season for Dino-sure.  To checks this offer out at it's original site, simply clicks on the tag of this here Dino-gram.  And, we simply can't resist sharin' one more time, that greatest of great vid of our Dino, indeed our most beloved Dino's only MTV vid recordin' of  "Since I Met You Baby" directed by his youngest boypallie Ricci James who recently himself passed from this life.  So, below is a pristine version of that remarkable recordin'. 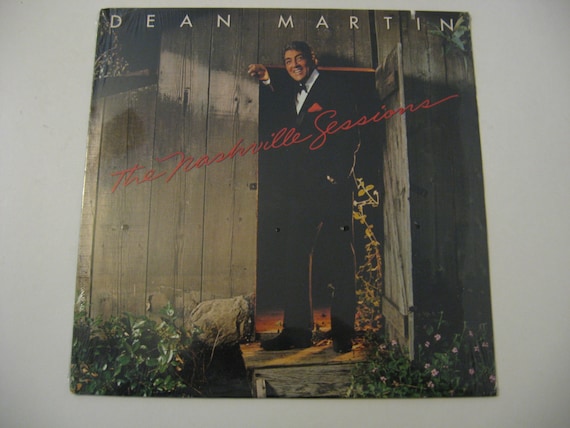 The picture is an actual photo of the album listed!

Thank you for visiting our shop, please come visit us again soon and don’t forget to tell your friends about “Miggy’s Vinyl Archaeology”

Posted by dino martin peters at 7:35 AM

Man o man, pal! This is TRULY crazy! Not more than an hour or so ago...I was just thinkin' 'bout Dean's jam, "Since I met you Baby"! I was thinkin' how it probably wouldn't be
showin' up anytime soon on our cool cool blog...seein' how it's wintery Dino-season. Well, pal...lo & Dino-behold...HERE IT IS!!! Haha!! Crazy how thins' like this happen! Just 'nother little Dino-mystery! Hahaha!!!

Hey pallie, likes Danny-o, thanks for that Dino-testimonial of how our Dino makes our wonderful wishes comes true! Keeps lovin' 'n sharin' our most most beloved DINO!