“I’m gonna knock your pallies off the charts" -Dean Martin 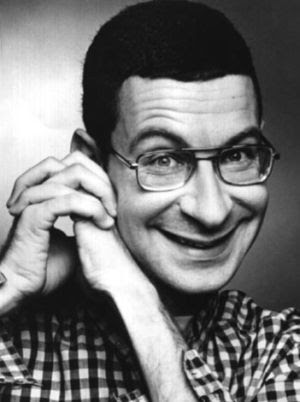 Hey pallies, likes today we follow up on Monday's  Dino-gram to youse and keeps the celebratin' goin' on the hugely historic Dino-event that happened on August 15 in the year of our Dino 1964....the date that the pallies at Billboard announced to the whole world that our one and only Dino had busted the Beatles off the musical charts with his numero uno croon of "Everybody Loves Somebody Sometime."

Below once 'gain is a reprint of fantastically  fabulous Dino-prose that "actor, comedian, and voiceover artist" Mr. Eddie Deezen first scribed for his own website and that has been picked up by Miss Cellania at her pad "Neatorama."   Likes, we have shared Eddie's and Neatorama's version in the past, but today's reprint includes a number of glorious Dino-images not included in the original.

The only miscue in Eddie's sensational scribin's., and likes we have mentioned it here before, is, at least accordin' to famed Dino-biographer Mr. Nick Tosches, it was our Dino's boypallie namesake Dino Martin Jr. that our most beloved Dino spoke his most prophetic prose, "I'm gonna knock your pallies off the charts."  But, likes whether it was to Dino Jr. or Ricci, it none the less shows our Dino as the wisest of wise, bein' able to make his desires come true.

We sez our thoughtful thanks to Miss Cellania and all the pallies at Neatorama, as well, of course, to Mr. Eddie Deezen, for keepin' this historic moment in all of Dino-history front and center to the public eye, bringin' ever more pallies into deeper, truer, and purer devotion of our one and only Dino.
To checks this out in it's original source, simply clicks on the tag of this here Dino-report. 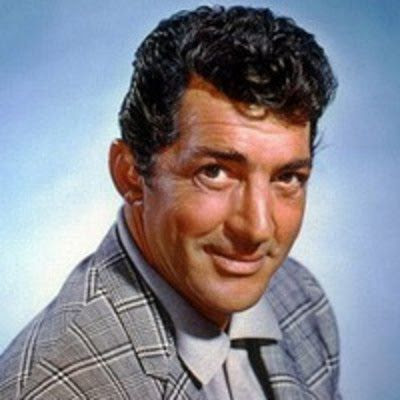 
“I’m gonna knock your pallies off the charts"  -Dean Martin

Ricci Martin, son of the world-famous singer Dean, was just like most any other teenager in the early months of 1964. Ricci was totally crazy about and obsessed with the Beatles.

Ever since the Beatles arrival in America a few months previously, they had captivated teenagers far and wide and taken the entire country by storm. They were making appearances on TV, their new film A Hard Day's Night was a smash hit, and their songs were blasting out of every radio on the continent. The records: “She Loves You,” “I Want to Hold your Hand,” “Please Please Me,” etc. were inevitably turning up on the record charts- in the number one spot.

And now it was August of 1964 and the theme song to their brilliant first film A Hard Day's Night was sitting brightly atop the charts. And so it was, a few months previous, that Ricci Martin was raving on and on about "the Beatles this" and "the Beatles that" and “Beatles Beatles Beatles.”

Dean Martin, star of stage, screen, television, Las Vegas, and the record world, got fed up one day and, with a bravado that would have put Muhammad Ali to shame, confidently took Ricci to the side and breezily told him, “I’m gonna knock your pallies off the charts.”

Ricci smirked and barely held back from rolling his eyes right to his father's face. Sure, his dad was the great Dean Martin, but Dino hadn't had a hit record in six years. And come on man, these guys were the Beatles!

In 1962, Dean Martin had signed a recording contract with Reprise records, a company owned by his close friend and comrade-in-arms Frank Sinatra. In 1963, Reprise signed a man named Jimmy Bowden to their A&R department. Jimmy Bowden very much wanted to record an album with Dean Martin.

Dean, always an easy-going guy, agreed to work with Bowden, but Dean, a man who did not like change, wanted to record an album of soft, moody, Las Vegas-type songs. It was to be a typical Dean Martin album- slow ballads and love songs sung by the droopy-eyed crooner. It was to an album called Dream with Dean.

Bowden wanted to record Dean and tried to set an atmosphere that was pleasing to his artist. The recording studio was set up in a moody light to create the proper atmosphere.

He got together a small band and Dino quickly and smoothly recorded the first 11 songs for the album. The 12th he just hated. It was an old song that had been around called “Everybody Loves Somebody.” Dean had to be coaxed into recording the number, but after some pushing, he finally agreed.

Interestingly, the tune had already been recorded by several other artists. i.e. Frank Sinatra, Peggy Lee and Dinah Washington. The song had never gone anywhere and seemed destined to be a small, trivial number in recording history.

“Everybody Loves Somebody" had been written around 15 years previously by Dean's close friend and piano player, Ken Lane. This factor, I’m sure, had a lot to do with Dean recording a song he couldn't stand. Dean was a very nice, easy-going guy and he probably just wanted to help a pal get some royalties.

When Dean's album came out, the song was given little notice and raised no stir. But then, early in 1964, Dean recorded the song again as a single. It was given a new arrangement, Dean sped up the tempo a bit, and added a more contemporary sound to it.

At first, the song went nowhere and Reprise decided to stop promoting it. But radio stations in New Orleans and Worchester, Massachusetts started playing it. It soon spread to other stations and gained popularity.

Lo and behold- on August 15, 1964, just as he had boasted to his skeptical son, “Everybody Loves Somebody" actually knocked the Beatles out of the #1 spot on the Billboard Hot 100 record charts.

“See, I told you I was gonna knock your pallies off,” said Dean casually to his awestruck son.

Ricci Martin said he looked on at his father with pride, wonder and amazement. And thus, Dean Martin, in all probability, became the one and only person to correctly predict that he was going to knock the Beatles out of the number one spot on the charts and actually do it!

1. “Everybody Loves Somebody" - Dean Martin

5. “Under the Boardwalk"- The Drifters

Posted by dino martin peters at 8:00 AM

Great read, pallie! And how TOTALLY AWESOMELY COOL COOL COOL that my very own city of good, ol' Worcester, Massachusetts helped get this GREAT GREAT tune into the airwaves...which in turn... helped our pal in his mission to BOOT the Bloody Beatles off the numero uno spot!!! Man o man, pals...I ain't NEVER been so proud! Hahaha!!!
Notice the scriber misspelled Worcester (Worchester) Haha!! O well...I'm used to that!
Thanks for sharin'!

Hey pallie, likes Danny-o, thanks for the potent patter....and sharin' the coolest of cool Dino-connect with your "own city." Keeps lovin' 'n sharin' our most beloved Dino!

Nothin' cooler than our Dino robbing the Beatles of the number one spot on the charts!