Hey pallies, likes we just never know what delightful Dino-treats will turn up durin' our month long celebration of "The Day That Coolness Came To Earth."  Today we are hugely honored and  tremendously  thrilled to return to one of the most insightful and informational pieces of Dino-devotion we have ever been purely privileged to post here at ilovedinomartin. Regular readers of ilovedinomartin will remember ourDino-diggin' pallie Mr. Bruce Cogerson, who did that extraordinarily expansive essay on our most beloved Dino's 51---count 'em---51 big screen epics over at his beau-ti-ful blog "Cogerson Movie Score."  Likes for that original post simply goes  HERE.

Quite recently our pallie Bruce pattered us at one of our posts sharin' this great good news...
"Hey all......due to a disagreement with my old website provider...I had to move my Dean Martin page to a new home. The good news is now the table that ranks all of his movies is now very very interactive...plus I put a "shout out" to your wonderful Martin page. http://www.ultimatemovierankings.com/dean-martin-movies/
Just in case you were wondering where the old page went."

We were totally totally thrilled to receive this news and share it with all youse Dino-philes.  As Bruce stated, his Dino-research is better then ever with the awesome addition of bein' interactive.  And, likes we are most most humbled by Mr. Cogerson's swankest of swank "shout out" to our little Dino-blog.  Bruce's kindest of kind words state..."The I Love Dino Martin blog is a must follow for any Dean Martin fan out there."

btw, Bruce's new pad is tagged  "Ultimate Movie Rankings - Where Movies Come to Get Ranked," and likes you can access it by clickin' on the tag of this here Dino-report.  We are still not able to do justice to Bruce's extremely energetic efforts in the cause of Dino, but we have done our best to post his wonderful work below.  It is a must to goes directly to his blog to gets the full effect!\

We salute our deeply devoted to Dino pallie Mr. Bruce Cogerson and are most pleased to accent his remarkable research once gain.  Words can not express our awesome appreciation for pallies like Bruce who have done so much in addin' to our knowledge and appreciation of our most most beloved Dino!  Dino-always, ever, and only, DMP 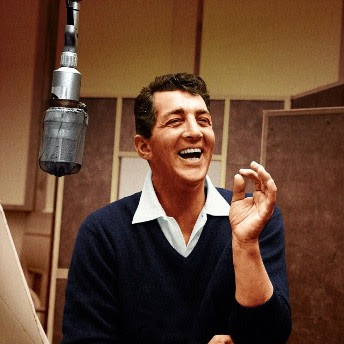 Dean Martin had one of the best singing voices of all-time….but it should be noted that he had one impressive movie career…..starring in 51 movies from 1949 to 1984.
Want to know the best Dean Martin movies?  How about the worst Dean Martin movies?  Curious about Dean Martin’s box office grosses or which Dean Martin movie picked up the most Oscar® nominations? Need to know which Dean Martin movie got the best reviews from critics and audiences and which got the worst reviews? Well you have come to the right place….because we have all of that information.
Recently my favorite movie blogger, Steve Lensman, published a Dean Martin movie posterpage that looked at some of his movies.  After viewing those posters, it occurred to me that Martin might make a good subject for a Ultimate Movie Rankings page as well.  So I cracked open my box office gross books and went to work.  It did not take me long to realize that I had seriously under estimated his popularity at the box office….as I came across box office hit after box office hit.
For his career, Martin had 26 movies that earned over 100 million in adjusted for inflation dollars.  26 might not seem like that many, but when you realize that current superstar,Tom Hanks, only has 22 movies to reach that mark…I think you start to see that Dean Martin was a beast at the box office.  Another discovery I made was one heck of a Dean Martin tribute blog.  The I Love Dino Martin blog is a must follow for any Dean Martin fan out there.
His IMDb page shows 66 acting credits from 1946-1985. This page will rank 51 Dean Martin movies from Best to Worst in seven different sortable columns of information. Television shows, cameos and movies not released in North America were not included in the rankings. 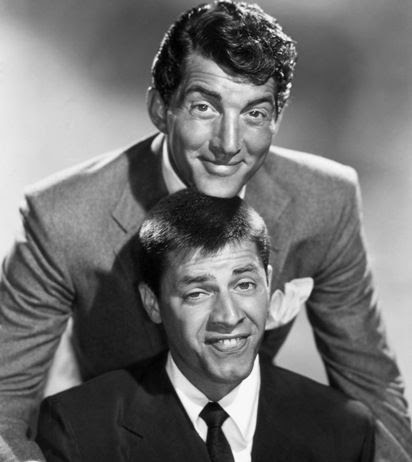 Dean Martin Movies Can Be Ranked 6 Ways In This Table

The really cool thing about this table is that it is “user-sortable”. Rank the movies anyway you want.

Stats and Possibly Interesting Things From The Above Dean Martin Table 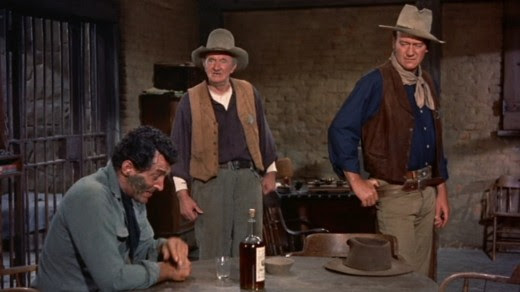 1.  Dean Martin (1917-1995) was born Dino Paul Crocetti in Ohio.
2.  After dropping out of high school in the 10th grade, Dean Martin tried numerous jobs….like delivering bootleg liqour, being a speakeasy croupier, a blackjack dealer, a boxer and working in a mill.
3.  In the early 1940s, singing became Dean Martin’s bread and butter.  Band leader, Sammy Watkins, suggested that he change his name from Dino Crocetti to Dean Martin. His singing got him noticed by movie studios but he never got a contract offer.
4.  The big break of his career was when he met comic, Jerry Lewis, in 1946. Their partnership went from night clubs to radio appearances to an Ed Sullivan television appearance to movies in about 2 and half years.  They would make a total of 17 movies (that includes one cameo) together from 1949 to 1956.  Although Martin got tired of the movies with Lewis, the public never did as everyone of their movies was a box office hit.
5.  After the filming of Hollywood or Bust, the comedy team of Martin and Lewis broke up.  The general consensus was Dean Martin would not be able to succeed without Jerry Lewis…..that consensus proved to be completely wrong.  Martin continued to star in hit movie after hit movie for the next 14 years.  This would include many movies with Frank Sinatra, Shirley MacLaine and 4 Matt Helms movies.
6.  It is estimated that 50 million Dean Martin records have been sold worldwide…..with my mom being a huge contributor to that total.
7.  Dean Martin was married three times in his life.  His first marriage to Elizabeth McDonald lasted from 1941 to 1949 and produced 4 children. His second marriage to Jeanne Martin lasted from 1949 to 1973 and produced 3 children. His last marriage to Catherine Hawn lasted from 1973 to 1976 and produced 1 child.
8.  Dean Martin has not one, not two but three stars on the Hollywood Walk of Fame…..they are for his music career, his movie career and his television career.
9.  Dean Martin was one of Frank Sinatra’s closest friends.  They were in the Rat Pack together, sang in night clubs and starred in 8 movies together.
10.  Dean Martin hosted….Dean Martin’s Celebrity Roasts from 1973-1984…..it is considered one of the greatest television shows of all-time.  I highly recommend watching these shows as it takes you back to another time and place and many shows have legendary people like John Wayne, Bob Hope, Ronald Reagan and Frank Sinatra getting roasted and roasting others.
Check out Dean Martin’s career compared to current and classic actors.  Most 100 Million Dollar Movies of All-Time.
Academy Award® and Oscar® are the registered trademarks of the Academy of Motion Arts and Sciences.
Posted by dino martin peters at 7:16 AM

Hey dino….thanks for the very kind words here and on your blog. I highly recommend using the sort and search buttons on this table….it almost makes it seem like it is many many tables. For example you can make it the Martin/Lewis table…..or the Martin/Sinatra table…or….I think you see where I am going. When I made this massive move to a new website it took over three months to move everything over….but now if you do not like my ranking system….you can ignore and sort by his top critic audience movies…from Rio Bravo to Cannonball Run 2…..or just look at his top box office hits….from Airport to Mr. Rocco….and finally just look at the ones that got the most Oscar love….from Airport to Toys In The Attic. Once again…thanks for such an awesome compliment.

Hey pallie, likes Bruce, the thanks goes all to you and to our most beloved Dino....your extraordinary efforts on your Dean Martin page is of huge help to anyone who loves our Dino and whats to grow in their keen knowledge and awesome appreciation of our main man. Please keep us posted of any new efforts in liftin' up the life and work of the King of Cool!

Hey pallie, likes Danny-0, our Dino-devoted pallie Bruce has contributed hugely to own growth in knowledge and appreciato of our main man's life and work. Keeps lovin', keeps sharin' our most beloved Dino!

What a wonderful page of info on all of Dino's many movies. It really is amazing what a huge movie career he had. I don't think mmany people realize this and how many big money makes he stared in. This page is a wonderful and very valuable source of info. Thank you for bringing this our way!

Hey pallie, likes Scotty, likes when you see all these Dino-facts 'n figures, it makes one stand even more in awe of our most beloved Dino. We couldn't 'gree more with your thought..."This page is a wonderful and very valuable source of info." Keeps lovin', keeps sharin' our most beloved Dino!