A MAN WITH A CUP IN HAND 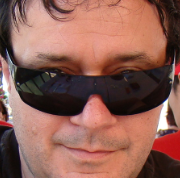 (Likes Dudes, likes here is a third installment of delightful Dino-devotion from Mr. Francisco Machuca at his swingin' blog "El Tiempo Ganado."  Likes, likes when I saw this Dino-prose, likes it brought back thoughts that we had at some point already shared this Dino-homagin' with all youse Dino-philes.  Gotta 'fess up that we do likes so so much sharin' of Dino-prosin' from so so many great Dino-holics that likes sometimes we forget what we have shared before.

Well, likes we checked it out, and likes indeed we shared this early Dino-appreciato from Francisco on the 25th of January in the year of our Dino 2011.  So, likes below is the post as it first appeared at our humble little Dino-home....includin' a very cool pix of Mr. Machuca that we found at that time.  As you will note there are shades of Francisco's Dino-passion in this first post that truly truly have been much more finely nuanced in his most recent epistle to our most beloved Dino.  Likes how cool is it to be able to see the huge huge progress that Machuca has made in growin' amore of our King of Cool!

'gain, ilovedinomartin salutes Dino-addicted Francisco Machuca for spreadin' so so much Dino-love at his blog, and to our pallie and his pallie Kinezoe for puttin' us on to all this great great devotion to our great great man.    Dino-awed, DMP)

Hey pallies, likes I always diggs it when 'nother Dino-devotee puts me on to some cool Dino-prose. Today's Dino-post was introduced to me by our great Spaniard Dino-holic Kinezoe who bloggs at his pad "No todo es kippel"

In some Dino-patter Kinezoe made recently at ilovedinomartin he linked me to 'nother Spanish pad "El Tiempo Ganado (Earned Time) where Mr. Francisco Machuca of Barcelona, Spain had done his own Dino-tribute. Well, took me a bit of time to find a way to get Mr. Machuca's Dino-devotion translated into English, but likes gotta tells you pallies likes it was totally totally worthwhile.

Machuca's Dino-prose tagged "A MAN WITH A GLASS IN THE HAND" is so rich, so deep, and so pure in it's Dino-praise and Dino-understandin'. This dude proclaims that our beloved Dino is not only "the coolest man of the twentieth century," but likes "also the happiest."

Deep Dino-thanks goes to our pallie Kinezoe for puttin' us on to his pallie Francisco's Dino-patter. And, likes of course mucho Dino-appreciato to Machuca for sharin' his Dino-insights with his blogg readers helpin' them to know, love, and honor our beloved Dino. To read this in it's original format and in Spanish, just clicks on the tagg of this Dino-gram. Dino-awed, DMP 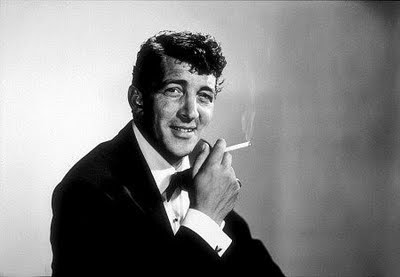 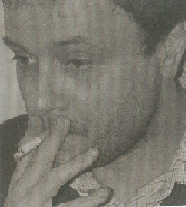 It is assumed that people crave happiness above anything else. But missing models.

The big question is: can a man be happy with a drink in hand, a joke on his lips, a lot of women around and a mountain of dollars in the bank? My opinion is yes. Absolutely, yes. Put in evidence to Dean Martin. No doubt that was the coolest man of the twentieth century. I maintain that it was also the happiest.

Dino Paul Crocetti (1917-1995), known as Dean Martin, born in a village in Ohio and worked as a bootlegger, dealer, metal worker, writer of jokes, boxer, singer, artistic duo of Jerry Lewis, actor and presenter television. He is remembered above all as a founding member of Frank Sinatra's rat pack, as a character related to the mafia and a drunkard crooner.

That was the public image he forged to hide, not to offend with its elegance and have scope to develop their particular ataraxia. In fact, it was Sinatra who was to Dino a curious psychological dependence, and it was Sinatra who kept mafia relations. As for the glass, Shirley MacLaine, who also belonged to the rat pack, revealed in his autobiography that used to be full of apple juice. Dino liked J & B, and consumed in large quantities, but also liked to work sober and going to bed early.

Dino seemed to have no passions, no opinions or ideology. Indifferent to everything. Biegger Jeanne, who was married to him for 24 years, said neither she nor anyone else knew who was hiding inside this guy joking, smiling, fascinated by both men and women. Never discussed. If something did not like, tell a joke and left.

As there were concerns of its success, it gave no other. Tend to forget that Elvis Presley copied his phrasing admitted to interpret songs like Love Me Tender or Are you lonesome tonight?, That in old age almost ousted the number one sales of the Beatles with Everybody Loves Somebody Sometimes, they got not a but three stars (as a singer, as an actor and showman) on the Walk of Fame Hollywood, which was one of the most successful television programs and enduring American television, and died with 50 million dollars in the bank and the largest block of shares in RCA producer.
Also sometimes forget that it was, with Sinatra and Sammy Davis Jr., one of the main financial contributors to the campaign of Martin Luther King for civil rights for blacks.

Devoid of vanity, and did not mind working in lousy movies so that the atmosphere was fun, he dived for years in the orgiastic nonsense that organized Sinatra in Las Vegas, while behaving like a gentleman, was perhaps the Marilyn Monroe's only friend who did not abuse it.

He suffered from claustrophobia, and knew heal himself: he locked himself in a small lift and stayed in it, up and down a New York skyscraper, sweating, fainting, anxiety until it disappeared.

When Sinatra was determined to make one last major tour with the rat pack in 1988, a few months before the death of Dino, one of eight children of Dean Martin. In addition, suffered from emphysema. I was horrified by the idea that three old gave the show in the biggest stadiums in the country. But he had never failed to friends, and I could not fail this time. Came to the appointment, knowing that would look ridiculous.

He died without an enemy, on Christmas Day 1995. Ten years later got a gold record for the posthumous greatest hits album. Three years ago, in 2006, still placed a song (Baby, it's cold outside) among the 10 most sold in the U.S..

All this made him calm and smiling, with a glass in hand, a joke on his lips and many wonderful women around him.