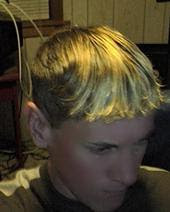 Hey pallies, likes our growin' in deep, pure, and true Dino-devotion pallie Scotty over at "BlueisKewl" has been havin' an outstandin' time of promotin' our most beloved  Dino recently at his coolest of cool blog pads.   Yesterday we shared his timely post on our Dino's club, "Dino's  Lodge," and  likes today we share his prose and pix entry on THE heist flick of all heist flicks, "Ocean's 11."

Likes gotta 'fess up that we loves the pix below with an oh so provocative pose of our Dino with his ever present cigarette evokin' his enigmatic self likes to the max dudes.  Don't our Scotty always pixs himself the greatest of great Dino-poses, but then what pix ever shot of our Dino ain't the coolest?!?!?!?!

ilovedinomartin proudly salutes our increasin'ly Dino-addicted pallies Scotty for feedin' such cool cool Dino-reflections to his readership, truly truly helpin' more and more pallies into the Dino-way!  To checks this out in it's original format, simply clicks on the tag of his here Dino-prose.   Dino-diggin', DMP 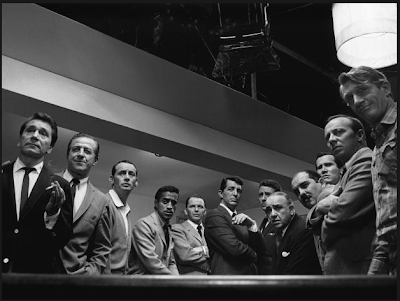 A remake, directed by Steven Soderbergh, starring Bernie Mac, Don Cheadle, George Clooney, Brad Pitt, Matt Damon, Andy García and Julia Roberts (among others) was released in 2001, followed by a pair of sequels.
Posted by dino martin peters at 7:11 AM

Thank you for your shout out to me my friend. I have not had the good fortune as of yet to see the original Oceans 11 movie but have seen the remake of it. I am dying to see the original esp with such an incredible cast it has to be a winner and i know i will love it!

Hey pallie, likes Scotty guy, no problemo....you are most welcome in the name of our Dino! Scotty, likes you simply must see this awesome Dino-flick asap....purely our Dino at his Dino-best....very very cool, hip, and ever randy! Keeps lovin', keeps postin' on our Dino!