Hey pallies, likes it is so Dinofab to find more and more entertainers who are takin' their cues from our Dino...here's one of today's most popular stand up comedians, Ron White, who unabashedly proclaims his Dinodevotion...from the interview posted below....'A Dean Martin fan (so much so he’s adopted Deano’s undone tux to go with his onstage smoking and drinking and admits his styling is “probably sheer rip off”)' Thanks to a blog tagged Inforum and the writer John Lamb for lettin' us all knows 'bout Ron's Dinopassion. (Clicks on the tagg of this Dinogram to finds your way to the original post). With pallies like Ron speakin' so openly 'bout our Dino...surely will helps more and more pallies to come to know, love and honor our Dino.... Dinodelightedly, DMP 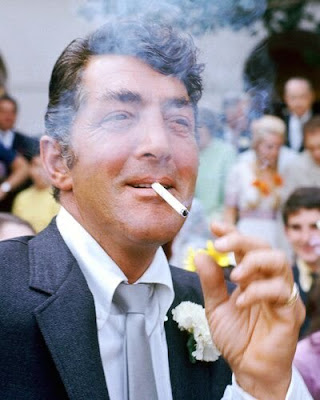 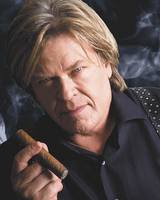 Ron White is on fire. Admittedly, smoky references are natural for the cigar-sucking, scotch-soaked stand-up, but he’s on quite a roll that brings his show to the Fargo Civic Memorial Auditorium tonight. On Monday the Texas House of Representatives declared it “Ron White Day,” passing a resolution that referred to the native Texan as a “gifted entertainer” who “continues to bring laughter and mirth into the lives of countless fans.”
By: John Lamb, INFORUM


Comedian Ron White, made famous by his part in the Blue Collar Comedy Tour, comes to the Fargo Civic Memorial Auditorium at 8 tonight. Special to The ForumRELATED CONTENT

Ron White is on fire.

Admittedly, smoky references are natural for the cigar-sucking, scotch-soaked stand-up, but he’s on quite a roll that brings his show to the Fargo Civic Memorial Auditorium tonight.

On Monday the Texas House of Representatives declared it “Ron White Day,” passing a resolution that referred to the native Texan as a “gifted entertainer” who “continues to bring laughter and mirth into the lives of countless fans.”

Actually, Comedy Central counted those fans, or at least the 3.3 million who tuned in April 19 to his new special, “Behavioral Problems.” That audience and White’s straight-talking (some call it foul-mouthed) humor, prompted the network to sign him to a development deal for a TV series.

Just don’t expect the success to go to his head, because that’s already a bit clouded.

“I’m either in Norman, Oklahoma, or there’s a guy named Norman who has a water tower. I don’t know which one it is,” White said over the phone the afternoon of April 24.

Asked about his new deal with Comedy Central, White says he didn’t know all the paperwork had gone through to make it publicly official.

Fans needn’t worry that he signed his life over while under the influence.

“I make my lawyers stay sober,” he says in his deep bullfrog drawl. And fans needn’t worry that his TV deal will take away from his stand-up, which will be the bulk of the half-hour program.

“At this point I don’t need TV at all, and I certainly won’t stop touring,” White says.

It was, after all, one particular tour that made him a household name – the Blue Collar Comedy Tour and subsequent specials.

While his Collar co-horts – Jeff Foxworthy, Larry the Cable Guy and Bill Engval – reveled in redneck jokes, White distanced himself without turning his back on his Southern roots.

“What it did for me was so positive I never really try to see the downside of it,” he says when asked if he feels typecast by the tour. “What it did was it cast me.

“Am I ashamed of the boys? No. Larry and I have a bit of a miff going right now, but I’m sure it’ll be fine in a week,” he adds.

White was upset about being left off Comedy Central’s celebrity roast of the Cable Guy, a slight he blames on Larry’s manager, who is also White’s former manager.

“I roasted (Larry) in a text message, I believe,” White says with a laugh.

A Dean Martin fan (so much so he’s adopted Deano’s undone tux to go with his onstage smoking and drinking and admits his styling is “probably sheer rip off”), White loves the old celebrity roasts.

“They used to be hilarious, now they’re just kind of Lisa Lampanelli-ish,” he says, referring to comedian and Comedy Central roast “Queen of Mean,” Lisa Lampanelli.

He claims Deano’s onstage drinking wasn’t an act and says his own has led to some botched jokes.

“There’s not a mistake on this planet I haven’t made at one time or another … I try to keep it under control, but I’m basically not in control myself some days, so I just do the best I can.”

He may be referring to his arrest last fall for marijuana and paraphernalia possession when his own plane landed in Vero Beach, Fla.

The news prompted former pilots to complain about his in-air inhalation. One told the Atlanta Journal-Constitution that the comedian “smokes marijuana like a chain smoker smokes cigarettes.” Another countered “we wore oxygen masks” to avoid getting high.

White has dismissed the accusations as those of disgruntled ex-employees

Still, he says he’s more likely to get politically active to legalize marijuana than to overturn public smoking bans.

“I agree with it. I’m just not going to abide by it,” he says of outlawing cigarette smoking in public. “I couldn’t agree more. I don’t want people smoking in restaurants, especially cigarettes. I smoke some of the finest cigars made on this planet and I think they smell like a bowl of smoky cream. Not everybody agrees.”

He says people who come to his shows, like the one tonight, aren’t offended by his onstage vices which serves a practical role.

“It’s a great timing mechanism,” he says, crediting George Burns. “It’s a great reason not to be talking. So I just got used to doing it.”

White says he knows this area’s been through some tough times with the floods and long winter and hopes to help people relax for a night. Well, not everyone.

“Did I mention don’t bring your kids to the show?”

WOW THIS IS SO WEIRD...BECAUSE I LOVE RON WHITE. SUPPOSE IT COULD BE BECAUSE HE ACTS ARE KIND OF IN LINE WITH DINO'S? ANYWAY....GREAT COMEDIAN, AND MORE-SO GREAT THAT HE LOVES THE KING OF COOL SO MUCH! DINOGAL

Hey pallie Terri, likes makes perfect Dinosense to me...those who are truly Dinolovin' oughta be of interest to Dinoholics such as pallies likes us....

Hey pallie Terri. I've seen Ron White on the tube before. I had no clue that he was so devoted to our Dino. That makes me like him that much more. Very cool.

Hey pallie Keith, cool to know that your esteem for Ron is growin' 'cause of his Dinoesteem...

YEAH PALLIE KEITH...I ALWAYS KNEW HE HAD THAT SAME DRINK IN HAND WITH A SMOKE, BUT I DIDN'T KNOW EITHER THAT HE WOULD TRULY JUST LOVE TO BE LIKE THE KING OF COOL!

Hey pallie Terri, likes ain't it the Dinocoolest to find more and more up and comin' entertainers who are takin' their cues from our Dino?!??!??!

HEY PALLIE PETERS...WOULD YOU THINK I SHOULD RESIGN UP FOR THE PAD?? FOR SOME REASON I CAN'T USE THE EMAIL THAT IS NOW MY SECONDARY FOR THE PAD, UNLESS I CHANGE IT TO MY PRIMARY MAIL. SUPPOSE I SHOULD JOIN WITH THE NEW? IT WILL NOT SHOW HOW TRULY LONG I'VE BEEN WITH THE PAD IF I DO. DINOGAL

OH YES PALLIE PETERS...IT IS TRULY THE MOST AWESOME FEELING TO KNOW THAT THE KING OF ALL COOL LIVES ON FOREVER...

Hey pallie Terri, likes I hear your Dinoproblemo....really needs your Dinosupport, so whatever it takes to return to our Dinohome must be the Dinopath that you must take.....

Hey pallie Terri, the Dinorevolution is gettin' into Dinogear...and so cool to have pallies likes this Ron dude leadin' Dinoway....

APPARENTLY RON KNOWS COOL WHEN HE'S EXPERIENCED IT...I'LL BE SIGNING UP AGAIN WITH MY MEW EMAIL PALLIE IN JUST A FEW....DINOGAL

Hey pallie Terri, so so Dinotrue...you and I and this Ron dude are all true Dino-wanna-bes, never as cool as our Dino...but always tryin' to be more Dinolike....will be lookin' for your Dinoapplication and we can let your other Dinomember just stay there pallie as Dinowell...