five.eleven.oh.nine Dean Martin at 3am

Hey pallies, gotta 'fess up that I just never ever know what is goin' to be shared at this here ilovedinomartin Dinoblog any given Dinoday 'til I reads the Dino'lerts from our pallies at google....Takes today for Dinoexample, thanks to our Dinofriends at google I gets to share this cool blog post from a chick tagged Ali (to visit her blog, "Everything Happens For A Reason" just clicks on the tagg of this Dinogram). Seems that Miss Ali has a pallie tagged B.H. who loves our Dino that he does a bit of Dinoemulation a la song....reads all 'bout his Dinosingin' in the wee hours of the Dinomorn... Can't tell you pallies how cool it is to find more and more pallies bein' so open 'bout their Dinopassion. Dinosharin', DMP

Dean Martin at 3am


So here it is almost 3am and I am wide awake, only because I've spent the last hour being serenaded on the phone by BH. Our conversation started around 12 when he got home from the Bruins Game and the Bahhh ( as he says lol ). He called to talk and see how my days was and what not. Well 2 hours into the conversation he was telling me all about his love for Dean Martin and how he sings all his songs. I of course I thought he was joking as Dean Martin is a phenomenal singer. Well I was definitely proven wrong. BH proceeded to tell me to go to youtube.com and listen to a Dean Martin song as he sang it to me over the phone. It was the funniest thing I have ever heard, only because he was soooooo drunk hahaha.

It was cute at the same time though. As I'm sure he was singing and dancing around the room while on the phone with me lol. About 5 songs later he took a break and I told him it was 3am. Seeing how he has to be up and at wok tomorrow by 8am. I was exhausted from being on the train all day and being out till 3am in Lowell the night before. We said out good nights and that he would call me in the morning.


As I fall asleep tonight I will be listening only to Mr. Martin haha. Okay well its been like 16 minutes cause I clearly just dozed off. So that means its time for me to sign out and get some sleep. Its been a longgggg but great weekend. 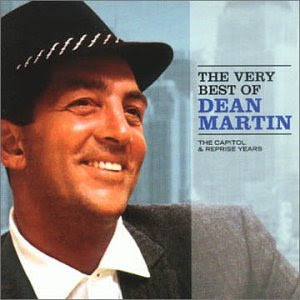 THIS IS GREAT PALLIE....LOOKS LIKE MORE AND MORE DINO LOVERS EVERYDAY. DINOGAL

Hey pallie DMP. That is cool. It's always great to see more and more folks devoted to Dino. Cheers!

Hey pallie Keith, yeah, loves to learn of others who are lovin' on our Dino....did you get to listen to the Dinotune....not one that I had heard before...and so so Dinofun...

Great video! I love each and every photo chosen -- many being album covers.

That song is one of my favorites, and I haven't listened to it (vinyl) in ages.

Thanks for the reminder.