Hey pallies, likes if you hadn't Dinonoticed this here ol' ilovedinomartin Dinoblog has been on hiatus, but today when I discovered this great Dinobreakfast Dinotake, likes I just had to post it for the wider Dinoaudience. Told by a guy tagged Paul Kyriazi at itmother.com, this is such a cool piece of Dinohistory that I don't ever remember hearin'...as the Paul dude sez..."A nice story, with many morals, for the new year." If you wanna read this it it's original format, just clicks on the tagg of this Dinogram. Dinoreportin', DMP 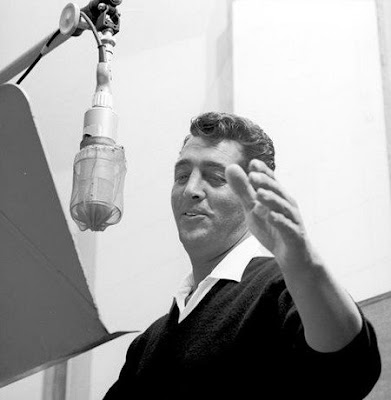 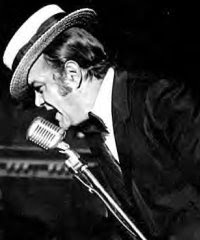 Paul Kyriazi
When singers Dean Martin and Sonny King were first starting out, they had little money. They would go to a restaurant that served 2 donuts, coffee, and orange juice for a nickel.

Sonny stayed outside while Dean ate one donut, half the coffee and juice. Then Sonny would go in and say, Hey Dean, youve got an important call. Dean would say, Okay, why dont you finish my breakfast. which Sonny did.

After doing this several times, the manager caught on and said, Hey, you guys dont have to do this. Just come in together and Ill serve you both for a nickel. You can pay me back sometime in the future.

Years later, Dean and Sonny searched for the manager and gave him $25,000 each.

A nice story, with many morals, for the new year.

OH MY.....THIS IS SUCH AN AWESOME STORY ABOUT DINO & SONNY! THANKS FOR POSTNG PALLIE. I HOPE YOU KICKING THINGS OFF TO A NEW WONDERFUL DINOYEAR.

Hey pallie Terri, thanks for the Dinopatter....ilovedinomartin in currently in hiatus mode...but when cool Dinotales like this cross my Dinopath you can be sure I will do my best to share the Dinoaction....

What a cool story and Welcome back Dino Martin Peters.

Hey pallie Glenn, why thanks pallie....this was just too cool of a Dinotale not to Dinoshare....so not really "back"...still on hiatus, but when a great Dinoread comes 'round I'll be back to post it...

Hey pallie DMP. It was great to see you posting again. I hadn't been checking your blog since you told me you were going on hiatus. So how are things with you? I've missed ya, pallie. I know you're in hiatus, but if you ever feel the desire to check out my Dino Lounge blog and post some comments, please feel free to. I always loved your witty comments. I've got a post on the Ambushers coming very soon. Cheers!

Hey pallie Keith, nice of you to stop by and drops some Dinopatter...yeah, I'm still on hiatus, but there has been such important Dinotales to share, that I have tried to find the time to post these very essential Dinostories...let me know when "The Ambushers" post arrives at your Dinosite...will be sure to try and makes my Dinoresponse to ya...