Our Dino, the Sam and frankie: Inaugural Ball 1961 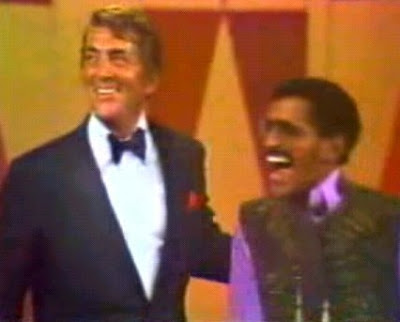 Hey pallies, likes my admiration for our Dino continues to grow daily. Yesterday I Dinoreported how our Dino was so angered by the dis-invite by JFK to the Sam to the 1961 Inaugural bash that our great man refused to go and perform himself. Our Dino knew racial prejudice when he saw it...and he took his valiant stand against racism....supporting his pallie Sam. Well pallies, as I was workin' on that Dinostory, I couldn't help but wonder where did the frankie stand on this matter....so I did a bit of internet research. Turns out that JFK put the frankie in charge of intertainment for that bash....so did the frankie follow our Dino's lead and bow out in respect to the Sam? Sorry to say pallies, the answer is no....frankie was at the event front and center...and as you will see was photographed with the new President. So, while our great man took his stand and showed true palliedom to the Sam...and stood up again racism...the frankie just went on with the show...makes you wonder if our Dino's action caused a riff between himself and the frankie...buts we know who done right in this situation.

The Dinopix that I had hoped to share yesterday of a stellar moment of our Dino and the Sam from the Dinoshow (so wish that Dinoclip was still available on youtube) is at the top of this Dinopost and the pix below of the frankie is proof of where he was and what he was doin' on the night of the 1961 Inaugural Ball. Perhaps those of you who mighta thought that I was too harsh on the frankie before will now better understand why only Dino truly matters. Dinodevotedly, DMP 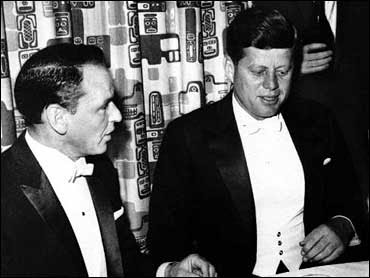 WOW WHAT A GREAT DEAL OF INFORMATION ON THESE DAYS IN HISTORY. OUR DINO HAD SUCH A WARM A KIND HEART, AND WAS TRUE TO OTHERS. IT'S ANOTHER BIG REASON FOR THE ENORMOUS ADMIRATION I FEEL FOR OUR DINO. FRANKIE DIDN'T DO IT HIS WAY...HE WAS A FOLLOWER TO GET WHAT HE WANTED. DINO DANCED TO THE BEAT OF HIS OWN DRUM FOR DINOSURE! WHAT A GUY!

Hey pallie Terri, glads to know 'nother true to our Dino pallie who knows what true palliedom is all 'bout....long live our Master of Hip, our King of Cool, our Ruler of Randy, the one, the only DINO!!!!

YES PALLIE...DINO WAS THE ONE & ONLY GUY! NOT TO TALK HARSHLY ABOUT THE OTHER GUYS BUT DINO WAS A TRUE BEING WHO WAS TRUE TO HIMSELF. THERE WAS MUCH TO BE ADMIRED IN DINO. THAT WAS ANOTHER THING THAT MADE DINO THE KING OF COOL...HE WAS HIS OWN MAN WITH HIS OWN AGENDA....

Hey pallie DMP. I knew that Frankie had gone on with the event. Frankie did stand up for Sammy on at other times. When hotels in Vegas would not allow Sammy to stay there because of the color of his skin, Frankie did stand up for him and push them to allow him to stay. There were other instances as well. Not trying to defend Frankie at all. He should have had the courage at this time to do like our Dino and pull out of this event whether it was the President or not. We all know that he had his falling out with JFK later on. Thanks for posting this. I'm so glad that our Dino did do what was right.

Hey pallie Terri, so so Dinotrue and the more Dinohistory I read the more I digg this greatest of the great...and likes our Dino was no only true to himself, but to his pallies when it truly mattered!!!! Woulda think that the frankie was probably not real happy with our Dino when he pulled the plugg on his appearance at the inaugrual bash....

Hey pallie Keith, good to hear that the frankie did stick by the Sam on other occasions...but so awesome that our Dino tooks on the new prez 'cause of his beliefs...our Dino is a true freedom fighter in the cause of equality....