Hey pallies, the Dinonews just gettin' cooler and cooler...this stellar press release tells of 'nother Dinoalbum Dinorelease of Dinoamoresongs. Never heard of this label (Hip-O/UMe), but they have put together a great mix of Amore tunes from our Dino. Loves how these Dinolovers proclaim the Dinotruth..."Valentine's Day without Dean Martin is like Christmas without Santa Claus -- both deliver the goods. There is "cool" and then there is Dino, the King of Cool." Don't know how easy it will be to acquire this new Dinocollection, buts you can be sure I will be on the Dinoalert for Dinosure! And, ain't that album cover just so so Dinosmooth! Dinolovin', DMP 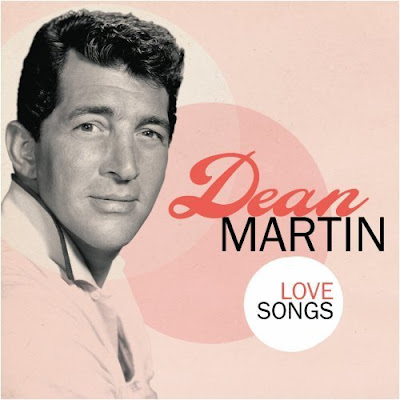 SANTA MONICA, Calif., Jan. 26 /PRNewswire/ -- Valentine's Day without Dean Martin is like Christmas without Santa Claus -- both deliver the goods. There is "cool" and then there is Dino, the King of Cool. Now, just in time for Valentine's Day, Dean Martin - Love Songs (Hip-O/UMe), released January 13, 2009, brings together 14 of his most heartwarming performances, from his best known signature tune, "Everybody Loves Somebody," to his forever hopeful "Somewhere There's A Someone." A handful of these recordings have rarely been available on CD, and now they're in one place.


As the man who once knocked the Beatles out of the No. 1 spot on the charts, Dino has remained an icon and a timeless singer whose vocal style has defined smooth, suave and seductive, while being rediscovered by new generations. Coincidentally, a pair of Martin's albums was recently on the Top 40 charts. The George Clooney-Brad Pitt Ocean's Eleven series of hit movies, a continuing fascination with the Rat Pack, Comedy Central's reruns of Martin's classic "Celebrity Roast" specials, and lounge music revivals have helped fuel a never-ending interest in one of the most popular entertainers in history.


Martin's music career boasted more than 30 albums, 12 of them certified gold. He originally signed to Capitol Records, where he scored several major hits. He moved to Reprise, the imprint formed by pal Frank Sinatra, in its inaugural year and he stayed for 16 years. At that label, he enjoyed 11 Top 40 singles, including Love Songs' gold-seller and #1 smash "Everybody Loves Somebody," "I Will" (#10) and "Somewhere There's A Someone" (#32).


On Love Songs, Martin's unique combination of carefree charm and late night intimacy infuses such classics as "Besame Mucho," "I'm Confessin' (That I Love You)," "I Don't Know Why (I Just Do)," "I'll Be Seeing You," "You'll Always Be The One I Love" and "Release Me." Also on board are vintage gems "I've Grown Accustomed To Her Face" (from the album spun off from the enormously successful "The Dean Martin TV Show") and "The Glory Of Love" from the soundtrack to the film The Silencers, one of the spy spoofs that starred Martin as Matt Helm. Rounding the album out are the pop hits "For Once In My Life," "For The Good Times" and "You Made Me Love You (I Didn't Want To Do It)" on Dean Martin - Love Songs.


www.ilovethatsong.com
Posted by dino martin peters at 7:16 AM

Hey pallie DMP. That is so cool. I love that there's even another amore album from our Dino. I agree. There's nothing like Dino love songs for Valentine's. It is Dinoamoreday after all. Nobody sings a love song quite like our Dino. Cheers! Keith

Hey pallie Keith, as Dinousual, likes you speaks such Dinotruth...and so Dinodesirous of this Dinoeffort especially 'cause it includes that stellar Dinotune, "The Glories Of Love." Thanks for stoppin' by and droppin' some Dinopatter...