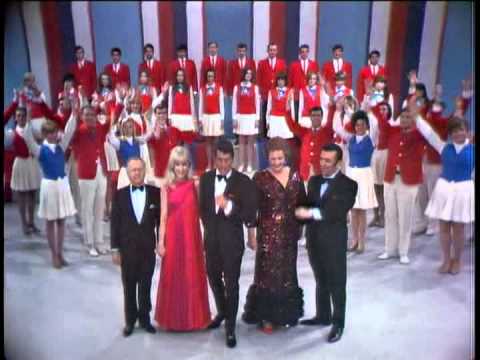 Hey pallie, likes Danny-o, a remarkably rousin' patriotic performance with our most beloved Dino and company! Keeps lovin' our one, our only DINO!

Our Dino, like most from the Midwest of that era and particularly like those who were second-generation Americans, was a staunch patriot. On more than one occasion, he voiced his gratitude to be an American.