Dino-devotion from THE JUNK DRAWER OF SHAWN LEVY: "Stocking stuffer" with our Dino and Jerry

Hey pallies, likes yester-Dino-day as we workin' on the Dino and Jerry focused Dino-devotion from the powerful pen of Mr. Shawn Levy, we sensed bein' Dino-directed to likes  put Shawn's tag along with our Dino into the google search engine to see what else be might locate of Levy's scribin's on our King of Cool.  We were deeply delighted to happen 'pon Shawn's home pad, "SHAWN LEVY DOT COM" and delightfully discovered that he had posted just a terrific  ton of  incredibly impressive images of our Dino  in his section tagged "CATEGORY: DEAN MARTIN," which you can access HERE.

Likes the first potently powerful pix is none other then our Dino and Jerry together with our Dino havin' his ever present cigarette in hand advertisin' Chesterfield smokes.  This perfect pose of our most beloved Dino and his most beloved partner, Mr. Jerry Lewis is part of a series of tumblr images from Levy's account tagged "THE JUNK DRAWER OF SHAWN'S MIND, with this post bein' located in youse clicks on the tag of this Dino-report.

We certainly will at some point be returnin' to our beautiful blasts from past of Dino and Jerry accented posts from the annals of ilovedinomartin, but with this delightful discovery of this coolest of cool cache of Dino-images, many many puttin' an awesome accent on Martin and Lewis, we will be sharin' 'em with all youse Dino-philes in the comin' Dino-days!

We sweetly salute Mr. Shawn Levy and his absolutely amazin' deepest of deep devotion to our most beloved Dino and sharin' it with the larger Dino-world via his swank space "SHAWN LEVY DOT COM." 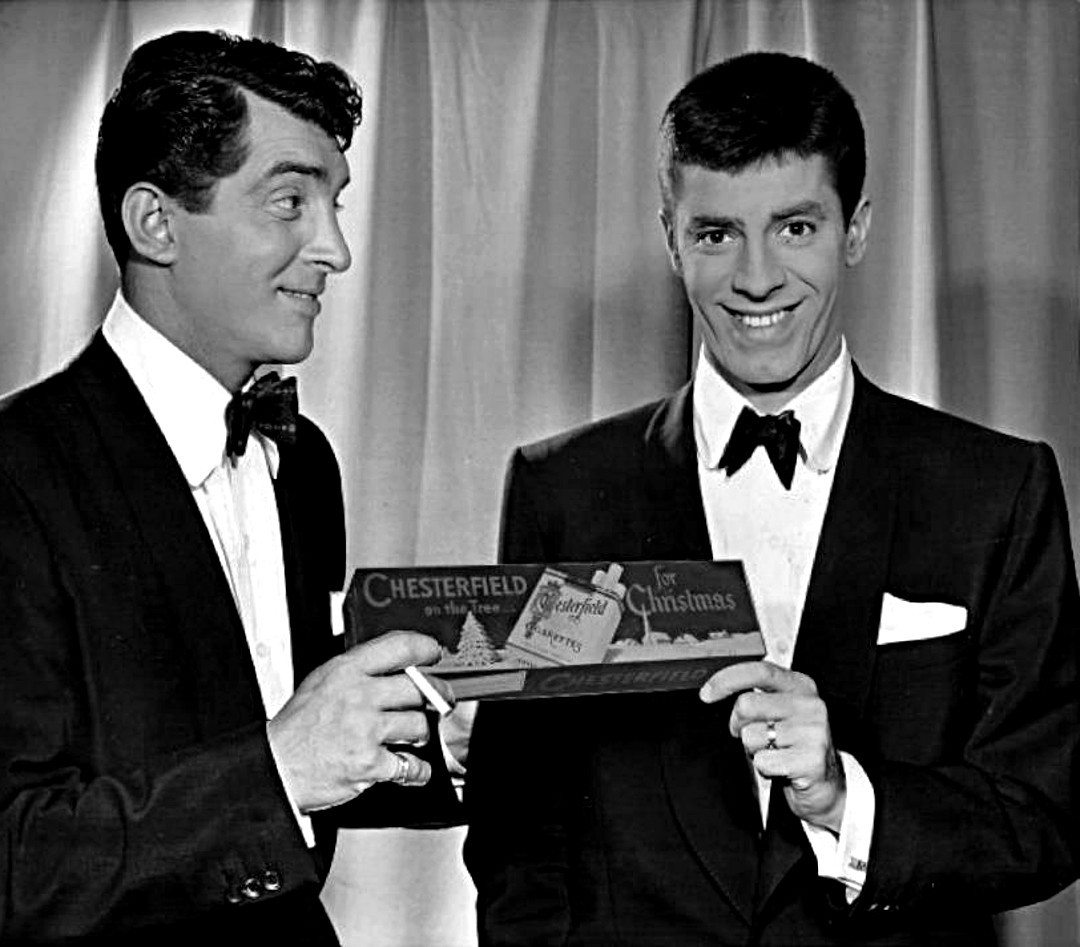 Hey pallie, likes Danny-o, likes of course we 'grees with youse on both Dino-counts....we ain't ever laid our eyes on this Dino and Jerry pix and indeed we will keep 'em comin'!
Keeps lovin' 'n sharin' our one, our only DINO