Dean Martin barely broke a sweat sailing through these four flicks (beginning with 1966 in “The Silencers”), but that’s how you want it. 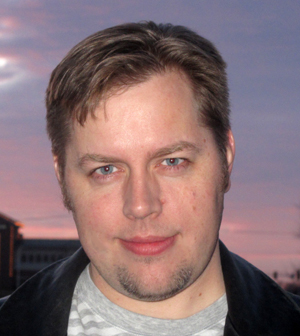 Hey pallies, likes recently our pallies at google Dino-lerts sent us over to the comic blog, "THE BEAT -  THE NEWS BLOG OF COMICS CULTURE" where yet one more time the name of our most beloved Dino as swingin' spyter Matt Helm has been lovin'ly lifted up.  Dino-philes everywhere can completely celebrate that 'though the Helmers were filmed 50 years 'go or more, these Dino-capers are still bein' swankly spoken of all over the world wide web.

Today we shares THE BEAT's post, "B. Clay Moore describes his 5 favorite spy stories and hot on the quintet of favs is, of course, "The Matt Helm movies, starring Dean Martin."  Mr. B Clay Moore (pictured on the left) is a famous American comic book writer, who as is noted below " is currently writing Killers for Valiant Entertainment."

We gotta 'fess up that we are incredibly immensely impressed that someone of Mr. Moore's stature woulda so openly and affirmatively express his delight in our Dino as Matt Helm.  Moore perspective is "Look, these are not good movies." but goes on to state "they’re priceless."  B. Clay goes on to  speak the Dino-truth when he also sez, " Dean Martin barely broke a sweat sailing through these four flicks (beginning with 1966 in “The Silencers”), but that’s how you want it."  Obviously Moore "gets Dino" and loves seein' our most beloved Dino playin' his completely cool, hugely hip, and randiest of randy Dino-self!

Likes pallies it is so remarkably refreshin' to see yet 'nother of today's creative genius' sharin' this Dino-appreciato.  We expresses our deep delight in Mr. B. Clay Moore speakin' of his fine fondness for our Dino as Matt Helm and we thanks the pallies at THE BEAT for sharin' Moore's thoughts in cyber space.  To checks this out in it's original format, simply clicks on the tag of this Dino-gram.

The KILLERS writer describes his favorite spy stories in movies, comics, and more

By B. Clay Moore

B. Clay Moore is currently writing Killers for Valiant Entertainment, a story about five former MI6 ninja agents who have each been tasked by their former sensei to complete a deadly task, but for a great reward. Here, Moore lists his five favorite spy stories.

Look, these are not good movies. But as relics of the swinging ’60s and the explosion in spy stories after the success of James Bond (there was a similar explosion in superhero comics following the success of the “Batman” TV show), they’re priceless. Bond films were almost self-parody, but the Helm movies went way over the top, right down to the salaciously named “Helm girls” (“Lovey Cravezit,” for example). Dean Martin barely broke a sweat sailing through these four flicks (beginning with 1966 in “The Silencers”), but that’s how you want it. Bradley Cooper has been attached to an updated version.

Hey pallie, likes Danny-o, youse and we are on the same Dino-page! Keeps lovin' 'n sharin' our deeply delightful DINO!