“Dean was my favorite,” he gushes.

Seems that Mr. Buble recorded a recent podcast with "Spotify Under Cover," where he swankly shared his deepest delight in our Dino as the tag of this Dino-gram proclaims... “Dean was my favorite,” he gushes.  Likes this is certainly not the first, and we are sure will not be the last touchin' & tender time that Michael will very openly and affirmatively give the keenest of kudos to our King of Cool.  Likes we finds it always always really remarkably refreshin' to find 'nother of today's terrifically talented and supremely successful entertainers lovin'ly liftin' of the name of our Dino.   All youse Dino-holics can reverently read Buble's awesome accolades of our main man below.

Likes we gotta 'fess up that we find Michael's Dino-adulation 'specially sweet in this month  of our celebration of  our Dino's descent to our planet on June 7, 1917.   We thanks Mr. Michael Buble for hugely honorin' our Dino and for Miss Angie Martoccio for puttin' pen to paper, and the pallies at "Rolling Stone" mag for proclaimin' on their 'net pad.  To checks this out in it's original source, likes simply clicks on the tag of this Dino-celebration.

So pallies, likes by doin' just a wee bit of Dino-researchin', we found Mr. Buble's "Spotify Under Cover" podcast HERE so that you can groove on Michael's Dino-adulation for yourself! 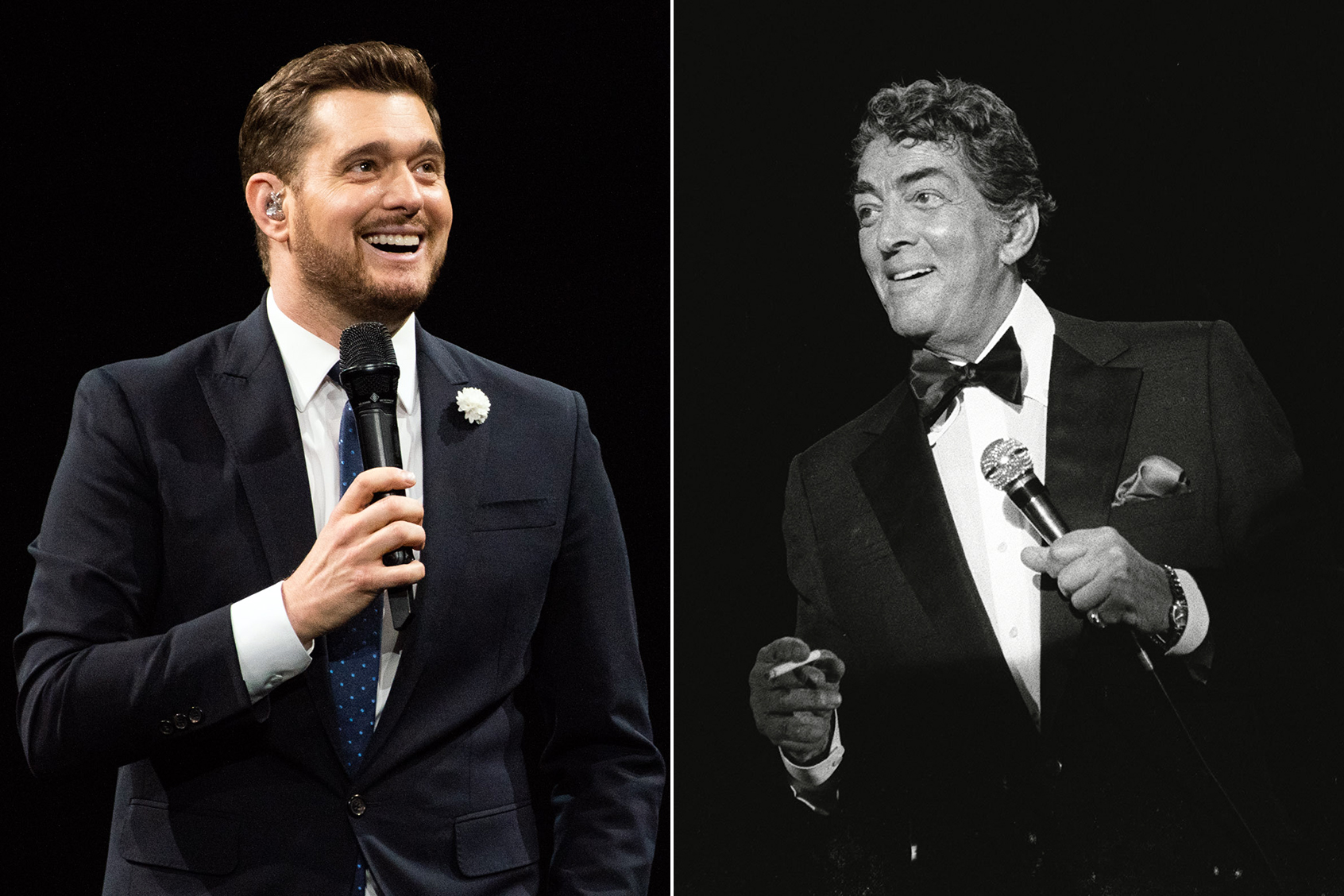 “It sounds like a cliché when I say this,” Michael Bublé admits at the beginning of this week’s Spotify Under Cover podcast. “But the songs pick me, as much as I pick the songs. I think if you asked me and gave me a truth serum what I’m best at or where my talent lies, I’d probably say it’s in the reimagining and conceptualizing how to recreate songs, probably in a very cinematic and visual way.”

The first time Bublé first heard the song “Buona Sera” was the Dean Martin version. “Dean was my favorite,” he gushes. “Out of all the singers, I think I felt like he was always someone who made it seem like it was effortless, even though I know it wasn’t. He just happened to be an incredibly talented human being.” Bublé concedes that while he’s not Italian-American, he grew up listening to Martin, Louis Prima and other famous Italian singers in his home. “The truth is I came from a very Italian—I know I’m Canadian, but a Canadian family with Italian extraction.”

“One of my favorite things about today was the looseness involved,” Bublé says of recording the classic at Spotify studios in New York. “I just wanted to ask the engineers how it must be for them to be able to have some of the most iconic, intelligent acts in the whole world coming here
and reimagining their stuff and having this sense of joy and getting to explore.”

Posted by dino martin peters at 7:02 AM

Cool to hear him praisin' our pal. Didn't like his special he had on TV last year though. Not so much 'cause of the singin'. He tried too hard to seem laid back & funny. Wasn't a natural vibe for him. They actually introduced him as "The King of Cool"! Seriously?! PLease. Not to knock Michael, but...some people have it...& others TRY to look like they do. Sorry pal.

Hey pallie, likes Danny-o, thanks for your apprisement of Michael. Likes we all knows that DINO is IT when it comes to COOL....never was, never will be anyone as cool as the KING OF COOL....our one, our only DINO! Keeps lovin' 'n sharin' our almighty amazin' DINO!