DINO: Cooler than a scotch on the rocks 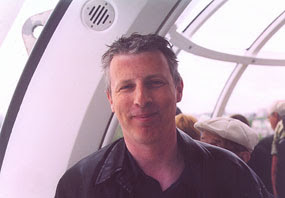 Hey pallies, likes we so so much enjoyed Mr. Charles Waring's reverent review of  our Dino's classic al-b-um "Dino: Italian Love Songs" posted here yester-Dino-day that we just had to see if we coulda find more wise writin's from Waring, and indeed we were led to 'nother wonderful write up by him on the cooler then cool collection of Dino-croons tagged "DEAN MARTIN - COLLECTED COOL" that we located at the marvelous musical blog "Record Collector."

Likes many of youse Dino-holics will recall,   "DEAN MARTIN - COLLECTED COOL" is a swank set of 3 CDs and 1 DVD released by Universal Music in 2012.  As Waring relates, the first CD accents our Dino's time at Capitol, the second Dino's ravin' recordin's for Reprise, with the third bein' a live recordin' from our Dino's Lake Tahoe gig in 1962.  The fourth disc is a DVD of a live concert that our Dino did in London in 1983.  Dino-holics waited decades with bated breath to get their hands on an official copy of that Dino-concert.

With verve and vibe, Charles has stunnin'ly scribed this potent prose hugely homagin' our King of Cool to the marvelous max.  Likes once 'gain we share our awesome appreciato to Mr. Waring for supremely sharin' his awesome adulation in this truly remarkable review of a truly remarkable remembrance set of discs that is a must collection for all those who name the name of our Dino.
To checks this out in it's original format, simply clicks on the tag of this Dino-message. 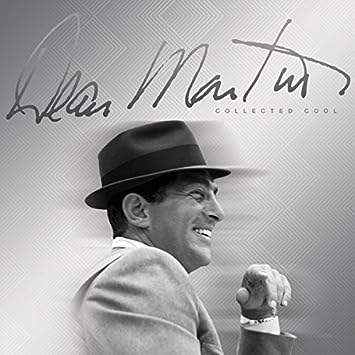 DEAN MARTIN - COLLECTED COOL
Cooler than a scotch on the rocks

Perceived by some cynics as a mere booze-sozzled sidekick to Rat Pack leader Frank Sinatra, Dean Martin’s musical achievements are often criminally overlooked. Blessed with a resonant and creamy velvet croon, he could reduce the hardest-hearted Mafioso to tears with his renditions of sentimental Italian ballads; and he could swing too, with a jazzed-up, rhythmically-astute finesse that could give Sinatra a run for his money.

Martin racked up a plethora of hits in the 50s, most of which are featured on this excellent overview of his career. Disc One covers the singer’s Capitol oeuvre – where Martin scored the majority of his chart entries, including That’s Amore, Memories Are Made Of This and Volare – while Disc Two focuses on his tenure at Sinatra’s Reprise label. A third CD is devoted to a previously unissued live show from Lake Tahoe in 1962. It’s classic Martin fare, with plenty of hilarious onstage banter punctuating the music.

A chance to actually see Martin in concert is provided by a 60-minute DVD in this package, which was recorded in London in 1983. Though he was 66 at the time, Martin had lost none of his charisma and magic. Even as a pensioner he was still the king of cool.

Reviewed by Charles Waring
Posted by dino martin peters at 9:04 AM