Actually, I need to clarify that: the training involves making out with Matt Helm while listening to Dean Martin records! 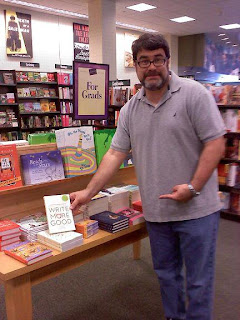 Hey pallies, back for more delightful Dino-devotion from our Dino-holic of Dino-holic Dr. K at home pad,  "DR. K'S 100 SUPER SPECTACULAR PAGES 100."  Today Dr. K offers his intriguin' insights on Helmer numero tres, "The Ambushers."  While for many of us Dino-philes, this Dino-flick is the least of the quartet, but Dr. K shares many of the potent pleasures of even this least of the Helmers.

Likes Dr. K shares powerful play by play of how our most beloved Dino once 'gain "save the world!"
Our Dino-professor K shares the coolly clever plot twists with the virile vib that only someone of Dr. K's incredible intellect could do it.  Likes readin' Dr. K's wise words truly brings the Dino-action 'live for the reader and likes our Dino is smooth and stimulatin'!

We are so sorry that both of the vid clips that Dr. K originally shared a decade 'go are no longer up at youtube and we could not find appropriate replacements for 'em, so we have included the openin' sequence and a  trailer of said flick  to give youse Dino-devotees a wee bit of the Dino-action.  Stay tuned for Dr. K's last Helmer review, that of "The Wrecking Crew."  To checks this out in it's original source, likes simply clicks on the tag of this Dino-report. 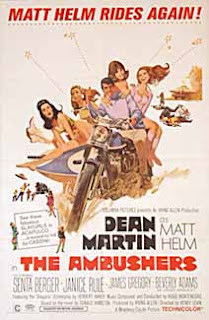 The opening credit sequence to The Ambushers features a theme song by Boyce and Hart which implies that women themselves are the true "ambushers." As the song states, women are "like Injuns in the grass ... Then buster, you're General Custer!" I'm really not sure what is worse here: the misogyny or the cultural insensitivity. And, amazingly enough, this is not the most culturally insensitive thing said in a Matt Helm theme song.

The plot of The Ambushers involves the theft of an experimental interplanetary flying saucer developed by the US government and flown by ICE agent Sheila Sommers (Janice Rule). As later explained in the movie by ICE boss MacDonald (James Gregory), the experimental craft operates on the principle of electromagnetism, and "the electromagnetic field has a strange effect on the male of the species--it kills them, dead!" I don't know what about having a penis makes one vulnerable to electromagnetic fields, but I'm not willing to take a chance, either. I think this is one of those circumstances where we just have to accept science without questioning it.

On its maiden voyage, however, the saucer is stolen by the villainous Leopold Caselius, using some kind of ray that shoots out sparkles. Again, I don't pretend to understand science, so I'm just going to accept this at face value.

As is the case with the other Matt Helm movies as well, the opening scenes feature some of the best parts of the movie. The film shifts from the flying saucer abduction to the ICE Rehabilitation Center, where we get to witness the awesomeness of Slaygirls training. The Slaygirls are currently being taught how to use a device that dissolves metal. Such a device would be extremely useful if one of the Slaygirls were faced with a firearm, or if she had to break into a locked door. However, the primary purpose of the device appears to be dissolving the buckle on someone's belt to cause the pants to fall down. And we just know we'll be seeing this device again later.

Another key element of Slaygirls training appears to involve making out with Matt Helm, which shouldn't come as any surprise. Actually, I need to clarify that: the training involves making out with Matt Helm while listening to Dean Martin records! (Interestingly enough, a similar technique was used at the Los Angeles police academy in the early 80s, where female cadets were required to make out with T. J. Hooker while listening to William Shatner's The Transformed Man.)

It turns out that the training isn't solely about making out with Matt Helm; instead, this particular Slaygirl is being trained on the use of a bra gun, which prematurely goes off during the session. To this near-death experience, Helm responds, "When you say you're a 38, you ain't kiddin'!" And then, so as to wring out all the comic potential from this scene, he adds, "An agent should always keep abreast of the times." He does not, however, refer to the bra gun as a "booby trap," as that joke was used to describe Tina's bra holster in The Silencers. The Matt Helm movies are just too classy to repeat the same breast joke.

When Helm leaves that particular training session, he walks out to the quad to find another Slaygirl offering him a ride on her scooter. She warns him, "I go pretty fast--better find something to hang on to!" To which Matt responds by looking at the camera and saying, simply, "Crazy." Clearly, no punchline is necessary, as we all know exactly what he will be hanging on to.

Matt then goes to get a massage from another of the Slaygirls, and during this treatment his assistant, Lovey Kravezit, arrives. Lovey and Matt decide to move their "debriefing" into the steambath. (The subsequent steambath scene, by the way, does a good job of helping me recover from my still-troubling Eastern Promises trauma.) As Matt makes the moves on Lovey by beginning to unclasp her bra, MacDonald's voice suddenly appears. MacDonald has pulled the ultimate spy cockblock by hiding Helm's orders in Lovey's bra clasp. As with the orders hidden in the booze during Murderers' Row, Mac explains that he used this particular medium because he knew this would be the best way to get the orders to Matt.

ICE has connected the theft of the flying saucer with the Dos Equis beer factory in Mexico. The evidence includes a song used in a Dos Equis TV ad that also appears on an album of military marches called "Songs Men Have Died For," which I believe was originally available through K-Tel. I'm not sure how this all fits together, but the beer commercial features women in bikinis, and that's all that is really important in this film.

Matt is then ordered to pose as Sheila Sommers's husband and travel to Mexico under his photographer cover to investigate the Dos Equis beer factory. Really--setting a Matt Helm movie in a beer factory is nothing short of brilliant!

In fact, during a gunfight later in the film, Matt falls into a vat of beer, and he considers the option of drinking himself to safety. And as gun shots miss their targets and hit various tanks and pipes, Matt often gets distracted from the fight by putting his mouth to the spilling beer.

A common occurrence in Matt Helm movies: Matt gets drugged by the female villain (in this case, Francesca, played by Senta Berger, who also starred as the femme fatale in another great 60s spy film, The Quiller Memorandum). Here, it's lipstick instead of booze, but the effect is the same:


Matt Helm also gets some amazing gadgets in this film, including cigarettes filled with laughing gas (which get him out of a firing squad late in the movie), a belt that turns into a sword when it gets wet (!?!?), and a trick camera. One of the better Matt Helm gadgets also appears here: the inflatable spy pad.

I love that this inflatable camouflage tent includes a refrigerator.

The villain, Leopold Caselius (played by Albert Salmi), is not as interesting as Karl Malden's Julian Wall. His plan is to sell the saucer to the highest bidder, and the bidders include the BIG O (represented by Francesca), the Chinese, and an unnamed Middle Eastern nation. The Chinese make the highest bid, leading Caselius to declare, "The first man on the moon will be eating chow mein!"

We also find out here that BIG O stands for "Bureau of International Government and Order," which has to be the least threatening acronym for a global criminal cartel. I have no problems with any part of that name.

Since neither side got the saucer, Francesca actually helps Matt and Sheila defeat Caselius, who is killed when he is trapped inside of the saucer and its man-killing electromagnetic field.

The film ends with Matt Helm engaging in some more "training" for ICE's Slaygirls. Matt explains to his trainee that she may be put into a position where she has to "give herself to the enemy," and he shows her the right way to put herself in the mood for such a duty. He starts, of course, with some Dean Martin music, but this does not seem to help her. He then switches to Frank, and she's ready to go. That is some good stuff right there.

Next: Matt Helm returns in his final big screen adventure, The Wrecking Crew!