Yet More From "DONKEY-SHOW": Dino, Desi, and Billy- Souvenir 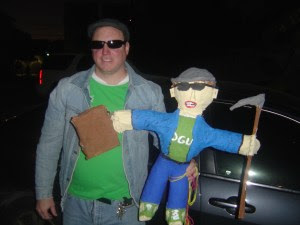 Likes this time 'round Fame's dollar deal is the trio's al-b-um "Souvenir."  As James shares below, "This was there fourth album and their third released in 1966."  Likes that's immensely impressive in our book, and likes we never knew that they released a trio of al-b-ums in one year's time.  At that rate Dino Jr. was keepin' up with his daddy-o in gettin' the tunes on vinyl!

We found this an immensely interestin' post with a marvelous mix of pixs, prose and vid.  We  sez our thanks to Mr. James Frame one more time for spreadin' some love our Dino's way through his tremedously talents boypallie.  To checks this out in it's original source, simply clicks on the tag of this here Dino-report.  Dino-only, DMP

This was one dollar.  Not sure why I bought it other than it was cheap.  It had a few covers worth giving the benefit of the doubt. On a side note, I had a fun day of working late and hanging out in parking lots so this should be quick.

Dino, Desi, and Billy was a 60’s band consisting of three friends: Dino Martin (son of Dean), Desi Arnaz Jr (son of Senior) and some guy named Billy Hinsche.  They had a few early hits followed by a few releases.  Obviously, family connections helped.  As a result, critics were harsh on the band, accusing them of taking resources away from more talented bands. But they did have some success.  The band would break up in 1969 due to the activities of the members.  Dino would pass away in 1987 but was replaced on oldies reunions by his brother Ricci. Below is a clip from Dean Martin’s TV show , with Dean humorously introducing the band.


This was there fourth album and their third released in 1966.  It is mostly of pop covers.  Such covers include “Black is Black”, the Kink’s “Sunny Afternoon” and the Beatles “Got to Get You Into my Life”.  These songs are okay.  Nothing really radical.

For a sample, I went with “Turn Down Day”, a hit for the US band, The Cyrkle.
Meh.  Just another 60’s pop band to me.  Sorry. To their credit, they were young when they did this.

Hey pallie, likes somehow it gettin' your patter posted, it got lost in the shuffle. We just wanted to say sorry and thank you for your on-goin' support of our efforts at ilovedinomartin. Keeps lovin' and sharin' our most beloved Dino.

Hey pallies, here is the patter that I lost from Scotty-o retrieved from my email....

Talk about a great find and something you don't see every day. Now this is a treasure of a find. A great read DMP.