All the way through, Dean made it look easy and developed a reputation for being easy going or a casual drunk. Hey pallies, we are always perfectly pumped to be guided to new-to-ilovedinomartin blogs where our most beloved Dino is bein' shared in many and varied different Dino-ways.  Today we drop in at the provocatively evocative tagged blog "DONKEY-SHOW -  A Bargain Vinyl Music / Audio Blog" where Houstoner Mr. James Frame holds forth.

In speakin' of his ubber unique blog pad Mr. Frame writes...."This blog is a Don Quixote inspired documentation of one man’s journey thru consumerism on a fixed income.   Or…I buy cheap records and after reading music blogs for ten years, decided to do my own."  We are powerfully pleased to share with you James deep devotion to our Dino via  his coolly creative post on our Dino's al-b-um "Dean Martin - The Door is Still Open to My Heart."

Likes, Frame has mixed prose 'n pixs 'long with both vid and audio clips, and the link to the official Dino web page in swankly sharin' his deep devotion to our Dino.  We can say with certainly that James has put great effort in this plentiful post as he has gathered Dino-resources from a vast variety of stunnin' resources includin' an early performin' pose of our Dino as well as a cartoon image of Dino from "The Simpson's" tv show!  And that's just one example of Mr. Frame's wonderful work in the cause of our one and only Dino.

ilovedinomartin solemnly salutes Mr. James Frame for his extra special efforts in showin' his deep, pure, and true devotion to our King of Cool.  To checks this out in it's original source, simply clicks on the tag of this here Dino-report.   And, likes as we found 'nother a couple of more Dino-focused posts as well, we'll be back soon with more awesome adulation of our great great man from Mr. James Frame.  Dino-only, always and ever, DMP 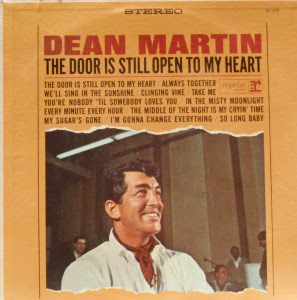 This was a dollar.  Excellent record at any price but for a dollar, it is getting bought. 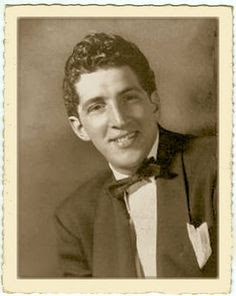 There was no bigger star at the time that the King of Cool, himself, Dean Martin.  Born in 1917 in Steubenville, OH, Dino rose from a lowly night club singer to a master of stage and screen.  All the way through, Dean made it look easy and developed a reputation for being easy going or a casual drunk. But this was a well executed act, at least in my opinion. 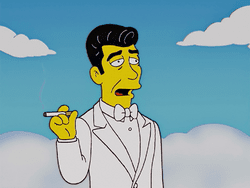 In writing this post, I am reminded of a Simpson’s episode, where Homer runs into to Dean in Heaven, Homer tells him that he squandered his gift. Dean responds “Squandered my gift?  I made 68 records”.  (If I could have found the clip, I would have posted it). Furthermore, Dean was a family man who according to one of his ex-wives, made it home for every meal.  Thus, his lush persona was an act, one that he did quite well.  Or at the very least, it did not slow his ouput. However, one vice, smoking, would catch up to Dean.  He would die of lung cancer related illness in 1995 at age 75. 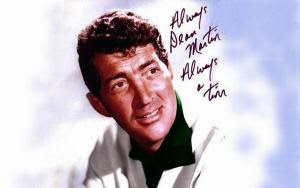 This would have been Dean’s 14th studio album if my math is right. Released in 1964, it went up to #9 on the Billboard album charts. Coincidently, three of the songs were previously done on his 1963 album Dean “Tex” Martin Rides again. The album itself features four of his better known songs; the title track, “You’re Nobody till Somebody Loves You”, “In the Misty Moonlight”, and Gale Garnett’s “We’ll Sing in the Sunshine” (Gale’s album was on this blog about two months ago). .The songs are all trademark Dean, smooth vocals crooned over well orchestrated music. 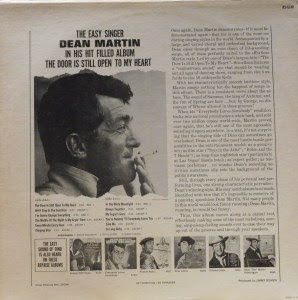 For a sample, I stuck with “The Middle of the Night is My Cryin’ Time” which was one of the ones culled over from the earlier album. 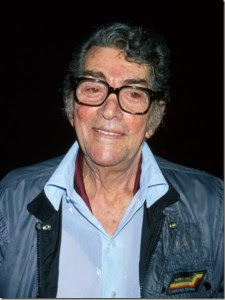 1. “The Middle of the Night is my Cryin Time” — DEAN MARTIN

Hey pallie, likes Danny-o, cool to have your Dino-agreement on this! Keeps lovin' our most beloved Dino!

Thanks for your kind words. When I first started my blog, I was between jobs so I was able to write more. Now that I am back at work, my posts have become shorter as you have noted. However, I will be on the look out for the next Dino album I can find and when I post it, I will link to your site as well. Thanks again.

Thanks for your kind words and nice write up. When I first started my blog, I was between jobs but now that I am working again, my posts have become shorter as you have noted. However, when I find the next Dino album to post, I will definitely link to your site as well. Thanks again.

What a great blog of information to say the least. A lot of work went into this and i know any DM fan can appreciate it. Thank you DMP for bringing this gem our way!.

Have a wonderful day.

Hey pallie, likes Mr. Frame, we are most appreciative of your appreciation of our sharin' of your delightful devotion to our Dino. We here you when it comes to findin' time to have fuller posts, but know that any effort you make in liftin' up the life, times, and teachin's of our Dino is most appreciated. Keeps lovin' 'n sharin' our most beloved Dino!

Hey pallie, likes Scotty-o, indeed Mr. Frame has done outstandin' work in sharin' his awesome appreciato of our Dino and you continue to do an outstandin' job of encouragin' our humble efforts in makin' Dino known here at ilovedinomartin. Keeps lovin' n' sharin' our most beloved Dino!