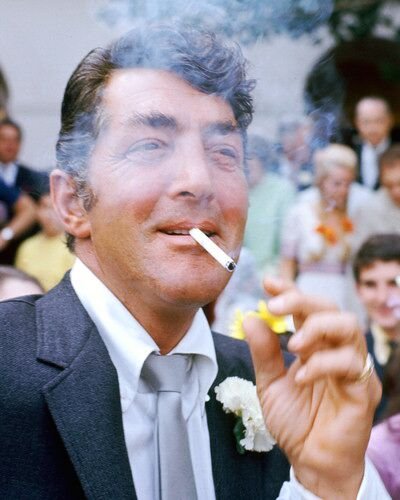 Hey pallies, likes we sez thank you very much to the pallies at google Dino-'lerts for puttin' us on to today's short 'n sweet Dino-prose.   From the blog for 'news-press.com" comes scribbin's by reporter Mr. Charles Runnells tagged "Comedian Ron White performs sold-out show Saturday."  So, likes what's that got to do with our Dino?....youse quire.  Well, we'll gets to that all in good order pallies.

This Saturday, Ron White will perform two sold-out shows Saturday at Seminole Casino Immokalee in southwest Florida and as part of the publicity for said performances,  Mr. Runnells resurrected an interview with White done in 2010.  What sweetly struck a Dino-chord with us was an inquiry as to how Ron has been "influenced by his hero, Dean Martin."

That short Q & A appears below, and likes we are powerfully and passionately psyched to hear White's words of deep, pure, and true adulation for our most beloved Dino!  It is always and ever, so so remarkably refreshin' in here more news of 'nother of today's extraordinary entertainers publicly professin' their awesome appreciato for our most most beloved Dino!   We likes totally totally digs knowin' that Ron White is swankly smitten by our King of cool!

Likes in doin' a little Dino-searchin' at ilovedinomartin we discovered that we had shared more of Ron's Dino-devotion  here in May of 2009.    We sez our thanks to the folks at "news-press.com" and Mr. Runnells for makin' public comedian Ron White's amazin' appreciato for our most beloved Dino.  To read the interview in it's entirety, simply clicks on the tag of this here Dino-gram.  Dino-always, ever, and only, DMP

The News-Press interviewed the droll "Blue Collar Comedy Tour" comic in 2010. Here’s what he had to say about:


How he was influenced by his hero, Dean Martin, and his onstage drinking, smoking and black clothes.
I'm such a fan. And I'm sure that affected my decision. And, maybe subconsciously, I said to myself, “I'm going to be like Dean Martin.”
Posted by dino martin peters at 7:21 AM

No wonder that I've been a Ron White fan!