Hey pallies, likes today we get to visit 'gain with one of our most sold-out-to-Dino dudes in the Dino-universe, Mr. David Lobosco, whose "Great Entertainers Archives" has become "A Trip Down Memory Lane." Well, even though Mr. Lobosco's salute to our great man is a few late, it is, likes of course, very Dino-hearted indeed. David simply states the simple Dino-truth that "EVERYBODY LOVES DEAN MARTIN."

With a few classic Dino-poses and a few paragraphs of Dino-prose, our great pallie shares his great passion for our most beloved Dino. Indeed our Dino is a "a man of many talents." and as you read David's reflections youse see the deep and abidin' truth in that Dino-statement.

ilovedinomartin is honored to 'gain be able to takes all you dudes to our pallie Lobosco's pad to enjoy his homagin' of our Dino...sure to bring many of Lobos' readers to a deeper love for our King of Cool. As usual, just clicks on the tag of this message to goes and sees this for yourself. Keeps lovin' our Dino! Dino-always, only, and ever, DMP 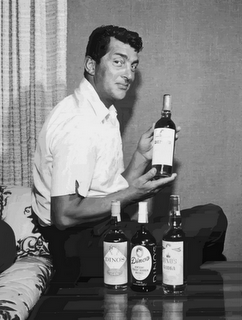 Dean Martin – like his Rat Pack pals Frank Sinatra and Sammy Davis Jr. – was a man of many talents. The actor-singer-comedian was equally successful in nightclubs, on the silver screen and TV screen, and in record shops.

This month would have been Martin’s 95th birthday, and we're celebrating the versatile entertainer and all the things he did so well.

Dean Martin tried his hand at many trades before landing in show business: delivering bootleg liquor, blackjack dealing, working in a steel mill… he even boxed for a while as welterweight “Kid Crochet.” After twelve bouts (“I won all but eleven,” he later said), Martin gave up on boxing and turned to showbiz, crooning with local bands and calling himself “Dino Martini.”

After a brief stint in the Army during WWII, Dean Martin (as he was then known) started to make a name for himself on the East Coast nightclub circuit. While performing at the Glass Hat Club in New York, he met comedian Jerry Lewis. The two became fast friends and the rest, as they say, is history. Audiences loved the way they played off each other, with Martin as the straight man to Lewis’ very goofy one, and Martin and Lewis vaulted to stardom.

With comedy success came calls from Hollywood, and Martin and Lewis starred in several wacky movies together. But after years of formulaic film comedies, Martin longed to do more serious acting. Meanwhile, his partnership – and friendship – with Lewis was beginning to fray. After ten years and much to the disappointment of their adoring fans, Martin and Lewis went their separate ways. Martin embarked on a solo acting career and, after a few flops, was finally successful in 1957 when he starred in The Young Lions with Marlon Brando and Montgomery Clift. The film was a hit, and Martin solidified his reputation as an actor. 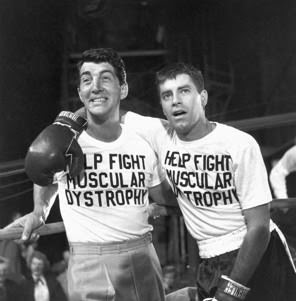 Though he found fame and success both as a comedian and an actor, it was as a singer that Dean Martin truly made his mark. But the legendary singer didn’t succeed overnight; it took Martin years to refine his style and hit it big. In his early nightclub days, he copied the styles of other top performers like Bing Crosby and Perry Como. Eventually, he matured into his own distinctive sound, and his music career really started to move. Today, even more than his work in movies or comedy, he’s remembered for his smooth voice and effortless style on classics like “That’s Amore,” “Ain’t That a Kick in the Head,” “Baby It’s Cold Outside” – and, of course, his signature song, “Everybody Loves Somebody.” 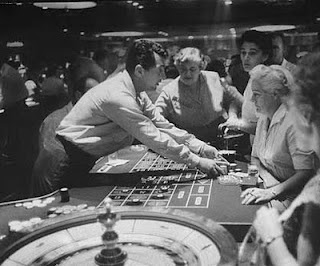