Who can play Dean Martin? 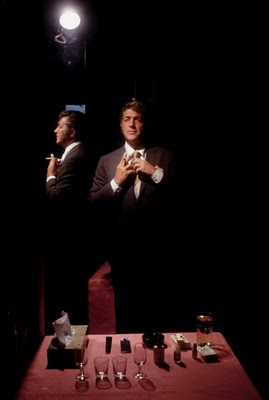 Hey pallies, likes today's Dino-discovery asks the extemely provocative Dino-quire, "Who can play Dean Martin?" From the web page of "Creators.com...A Syndicate Of Talent" comes the "Hollywood Exclusive by Marilyn Beck & Stacy Jenel Smith" with patter focusin' on our Dino's girlpallie Deana expoundin' on who coulda possibly play our beloved Dino in the upcomin' proposed Dino-feature flick based on her Dino-bio, "Memories Are Made Of This."

To her credit, Miss Martin confesses that, "I really don't know who could play him," and goes on to say, "There was something so special about him, so funny, with that charisma and that little gleam in his eye." "So special" indeed pallies, likes who ever woulda dare to attempt to play our great man? Likes to this dude likes total total impossiblity!

Deana goes on to tell a very intiguin' story of how she found Jennifer Love Hewitt to play Miss Martin...quite a tale that you will wanna takes the time to read.

And, as a bonus to the patter on the castin' of the Dino-bio, we also learn that the new Time-Life Dino-discs of the Dino-show have likes done so well that a second edition of the Best of the Dean Martin Variety Show oughta be released latter this here fall. You can read more of the Dino-details below.

Cool to know that the masses continue to hunger and thirst for our Dino, drivin' up the sales of the recent releases. But, likes just wonderin' how a new set will fair with many of us Dino-holics mucho disappointed by the lack of solo Dino in the current set of DVDs...our hue and cry continues to be, "JUST GIVE US DINO!."

Likes loves how Miss Beck and Miss Smith end these Dino-ruminations with these ever wise Dino-thoughts...."Not that Dean Martin and the Rat Pack have ever been out of style, but the ground is definitely fertile for him to be rediscovered again. "He had his gimmick. He was the King of Cool, with the cigarette, the martini, the tux." But in real life, he was far more complicated, aloof and mysterious."

ilovedinomartin sez our thanks to Miss Marilyn and Miss Stacy and the pallies at "Creator.com" for sharin' with us this very very informative piece of Dino-prose. Likes always loves to be in the Dino-know on all the up and comin' Dino-activity. Truly the Dino-revolution is gettin' into full swing and will just continue to grow and grow bringin' more and more pallies of every age and stage to the knowin', lovin', and honorin' of our Dino!

To read this in it's original format, likes just clicks on the tag of these here Dino-thoughts! Dino-reportin', DMP 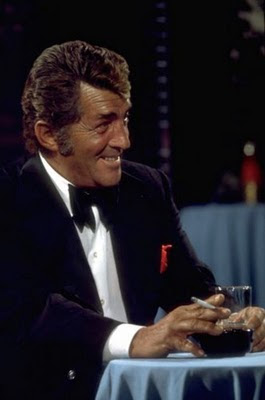 Who can play Dean Martin? That is the question — with Jennifer Love Hewitt poised to star as Deana Martin in the film adaptation of Deana's best-selling memoir "Memories Are Made of This: Dean Martin Through His Daughter's Eyes." Joe Mantegna is lined up to direct and co-produce, and Bonnie Hunt is writing the script.

"I really don't know who could play him. We may have to do a big casting call," surmises Deana, who points out that the role spans decades. People have thrown out names including James Franco, Hugh Jackman and even Johnny Depp, "but I don't know," she says. "There was something so special about him, so funny, with that charisma and that little gleam in his eye."

Deana tells us that she and Hewitt shook hands on Hewitt's anticipated involvement, which came about in an amazing way. "I was performing at Feinstein's in New York last year, and I was talking about the book and the movie between songs, and I said, 'I've always wanted Jennifer Love Hewitt to play me.' And this voice came from the audience: 'OK, I'll do it!' She and her mom were there. It was so wonderful, I get chills thinking about it!"

Deana is touring the country with her "Deana Sings Dino" multimedia show this summer, but was back in Beverly Hills this week finalizing plans for a second collection of "The Very Best of the Dean Martin Variety Show." The first two-DVD set was just released a few weeks ago by Time-Life and NBC-Universal. It has done so well that the second is now targeted for fall — with bonus features including commentary by Deana, who appeared on the variety show herself many times. For various reasons, including the working out of rights and residuals agreements, Martin's famous variety show has never been available on home video until now.

Guests are a who's who of talent of the day — John Wayne and Jimmy Stewart, Orson Wells, Peggy Lee, Jack Benny, George Burns, on and on. But it was the preternaturally relaxed Dean himself who was the weekly draw, making it all look easy and fun. That's even though, as she points out, "it was very, very hard work, which I didn't realize until I was on the show." And that glass of scotch perpetually in Dean's hand was really apple juice.
Could be that the movie as well as the DVDs are benefiting from the resurgence of interest in the cool, classy aspects of the 1960s, as exemplified by "Mad Men" and the forthcoming "Playboy Club" and "Pan Am" on TV and "Catch Me if You Can" on Broadway.

Not that Dean Martin and the Rat Pack have ever been out of style, but the ground is definitely fertile for him to be rediscovered again. "He had his gimmick. He was the King of Cool, with the cigarette, the martini, the tux." But in real life, he was far more complicated, aloof and mysterious. He was, Deana stated in her book, "not a good father, but a good man." That will be one juicy role.
Posted by dino martin peters at 5:31 PM

Joe Mantegna did a great job of portraying our Dino in the HBO film The Rat Pack, but Mantegna is getting a bit long in the tooth to portray a young Dino now.

Finding the right actor to portray our Dino is going to be a difficult task, I think.

Hey pallie, Miss AOW.... and likes Mantegna is set to direct and co-produce this Dino epic....I do think that he has the Dino-understandin' to do a credible job with therese duties....keeps lovin' our Dino!

Man, what an excitin' time for all us Dino-holics! So so much Dino-mania goin' on!!! This should be a great flick. Hope Ms. Hunt weeds out most of the negativity from Deana's book. BTW, if Hollywood can't find anybody worthy of such an awesome role, may I volunteer this cool cool guy I know...Me! Ha ha! I could only wish! Great article Mr. Peters!

Theres one guy who cahttp://www.wix.com/pdecapo/totallydeann do it