I Had Dinner with Dean Martin, Swear 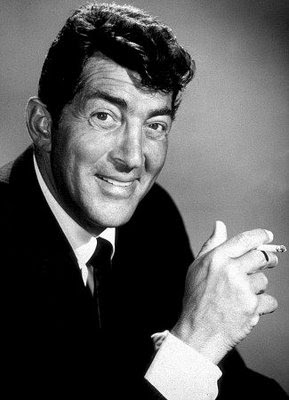 Hey pallies, checks this out pallies.....a wee one tagged C.J. appears to be into Dinoemulation at a very very tender age. Woulda loved to have been there to see this for my Dinoself. If you wanna read this in it's original format, click on the tagg of this Dinogram and goes over to the Have The T Shirt blog. Dinodelightedly, DMP btw pallies, for a glimpse of this Dinoemulatin' young man, goes to.........
http://www.flickr.com/photos/eileendover/2754341619/in/set-72157606675501490/

Thursday, December 4, 2008
I Had Dinner with Dean Martin, Swear

There are phases of life we all go through, some we bid adieu to with gratitude and others we leave behind reluctantly.

Occasionally the opportunity comes along to step back into one of those long gone periods, and being a opportunistic type girl, when opportunity knocks, I answer.

Which is what happened when Eileen invited me to attend her son's Holiday Extravaganza Music Program where he would be singing, right into the mic.

It's been quite a while since I was in the audience as preschoolers performed songs off key while fidgeting and waving and picking their noses and crotches.

But I'm getting ahead of myself. Let's begin at the beginning, when I arrived at Eileen's to find young CJ dressed to the nines, sporting a new haircut. We're talking spiffy here. Black Jacket/Dress Shirt/Dress Pants spiffy...enough said.

After he stood on the dining room table practicing his part using a sucker as a mic, we all went to dinner. All would include Eileen's two daughters and CJ's Grandma & Grandpa.

What I'm trying to get at here, is that, not only did I get to step back into the entire Holiday Extravaganza Music Program thing, but I also got to experience young children in the car and young children out in a restaurant.

Then back in the car for more of, "I didn't get a sucker! Give me your sucker!" and "I do what Mom says cause she's the Mudder."

Finally, the show began with what I always think of us "The Parade of Children", it is kind of like the Parade of Animals at the circus only these animals are dressed really fancy and their hair is just so.

Once the Children got in place on the risers, several small performers stepped up to the three mics placed across the front of the stage. A song was song or a cute verse was spoken and then the teachers would shuffle the children around and more lined up at the mic.

And CJ? What was CJ doing during all this? Well, I pray to Gawd Eileen has a good pic of him on her blog, because I'm not sure I can do justice to his demeanor. He was....well.....honestly?

He had a certain swagger about him, a devil may care attitude, a sly smile.

He was standing there in his dress shirt and black jacket looking for all the world like Dean Martin.

If he'd had a cigarette and a drink it would have been a spitting image of the dude. Swear.

And when he stepped up to the mic for his solo, he lifted his chin and placed his lips as close to the mic as possible, without taking his eyes off it.

Again, he looked just like Dean, after a few too many drinks.

About halfway through the performance, CJ looked like he'd been on a four day bender. The little dude was tired. While the milkshake and suckers had given him a brief burst of energy at the restaurant and in the car, his fuel was depleted and it was past his bedtime. Who schedules a preschool performance to begin at 7:30 PM? No wonder they call it Holiday Madness.

Thankfully, the show was very brief and then it was on to the refreshment portion of the evening. The nice Church Ladies had set up an interesting spread. At least it struck me as interesting. Meatballs, Veggie trays, M & M's, Cookies and Punch. I dunno, seemed a bit odd to me, but CJ loved the Meatballs so what do I know?

Next I got to relive those moments that fill the space between when the performance ends and when you get to actually leave the building. That involves a lot of sending one kid to find the other two and while you're waiting, a different one wanders back but the other two are missing so you send this one to find those two and then finally all the kids come back but then Grandpa is missing so Grandma goes looking for him and before they make it back two of the kids have wandered off and, well, it took a while to gather our flock.

Then more car stuff which involved Eileen spilling a drink all over her lap which pooled into her shoe which reminded CJ that he was still thirsty but I told him the drink was spilled unless he wanted to drink it out of his Mudder's shoe and finally he agreed he could just wait a few minutes till we got home. And then there was, "Is he asleep? Did he fall asleep?" followed by, "I'm not tired!"

It was great fun and I appreciate the invite and honestly, if you're not doing anything early in December next year, you really ought to join Eileen at CJ's performance....I'm tellin' ya, the dude can sing.
Posted by Have the T-shirt at 11:09 PM
Posted by dino martin peters at 7:53 AM

Hey pallie DMP. That's so cool. Thanks for posting it. I would love to have seen that. It's always neat to see people of all ages emulating our Dino. Cheers! Keith

Hey pallie Keith, so so refreshin' to find younger and younger youngen's gettin' into the Dinogroove...meanin' that our Dino was forever me loved and followed...