Hey pallies, this dude Cory at his hip blog, "The Daily Wrazz," shares his passion for our Dino and in particular his loves of Dinowintermusic. This stellar Dinotrib shows that this is one true Dinoholic. Made the Dinodiscovery here that Barnes and Nobles has issued an exclusive version of Dinowintertunes tagged "A Very Cool Christmas"...gonna have to gets this pallies, if just to have this oh so hip new Dinocover. Enjoys this great Dinoreview of Dinoholiday songs, and likes as Dinousual, if you wanna read this in it's original format, likes just clicks on the tagg of this Dinogram.... Dinodelightedly, DMP 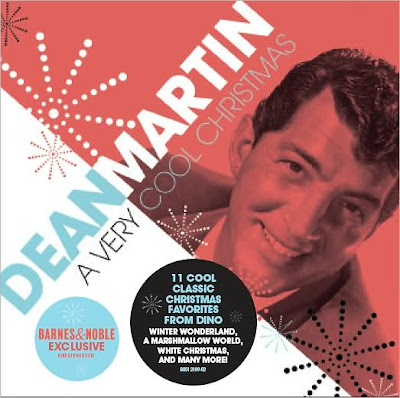 
“The world is your snowball just for a song
Get out, and roll it along!”
—“A Marshmallow World”


Of all the slick crooners in our yuletide wax, it was the late Dean Martin who made the biggest impression on me. He was smooth enough to admire subconsciously, but quiet enough to be unobtrusive as presents were ransacked and hugs passed down the line. But he could also be enjoyed, alone, guiding Christmas through a contemplative late-night gin.


With the sheer number of posthumous holiday packages bearing his name, it’s easy to associate Dino with blurry visions of sugarplums and spiked eggnog. But the truth is he recorded only two Christmas long-players in his lifetime, starting with the amore-themed A Winter Romance (1959) whose seasonal setting was happenstance; Dean admired the snowfall from the warmth of an active couch (“Baby, It’s Cold Outside”). In 1966 he turned in the more traditional The Dean Martin Christmas Album. Barnes & Noble has revived the latter, track list and sequence intact, as A Very Cool Christmas, a self-conscious title we can only imagine might make the King of Cool cringe, just a little. 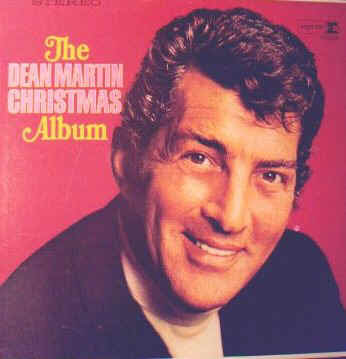 At this point in his career, Dino had conquered all the necessary media — nightclub, stage, screen, radio, LPs, and television — with a work ethic that passed as maddening ease. That perception marks his albums as well: The casual listener might get the impression of an even more casual performer, rattling off bored takes at lightning speed, eager to retire to the nearest watering hole and hunker inside a glass of liquid magic. But Martin’s seeming detachment, which took him years to perfect, somehow imbues this material with an intimacy missing from some of the more emotive season-greeters.


When Dean wasn’t weaving his heavy-lidded murmur with the trills of his Rat Pack pals, he traveled with a female choir that did plenty of heavy lifting, a crisp, angelic gale to his frosty breath. They dutifully “ding-dong” through his “White Christmas” to mimic the pealing of holiday bells, soothe the shivering strings in his reassuring “I’ll Be Home for Christmas,” and provide necessary punctuation for the otherwise relaxed “Let It Snow! Let It Snow! Let It Snow!”


Most of the disc sticks to standard arrangements, all lovingly adorned with the master’s slurred warble. Naturally, there are exceptions: “Jingle Bells” dashes through the snow on a beat far jauntier than Pierpont likely intended. “Blue Christmas” owes a soft debt to Elvis Presley’s version, but Dino’s way too hip to dip so deep into the hiccough bag. But he’s not so hip he’s unwilling to revisit A Winter Romance for inspiration, pilfering “Wonderland,” “Let It Snow!,” and the Cahn/Styne chestnut “The Things We Did Last Summer,” a wistful shimmer that glides like Sonja Henie across a lake entombed in ice and enveloped by a powdery dominion Dino likens to “A Marshmallow World.”


There was nothing so marshmallow-y soft about Martin, though the warm grooves here, fleeting though they may be, are sweet and compact enough to enjoy before a roaring fire — or roaring children, depending on your household. A Very Cool Christmas, or The Dean Martin Christmas Album sans popping vinyl and snakeskin-thick cellophane, goes down smooth, a sonic martini for yuletides somber or joyful and triumphant.

Hey pallie DMP. Cool article. When I think of Christmas music, I first think of our Dino. Nobody croons a Christmas tune quite like the King of Cool. It's neat to see that B & N is putting out this edition. I don't blame them. Another great Christmas post from you. I hope you liked my first one at my blog. I did post a Dino Christmas one at Celluloid Slammer that I hope you'll check out. The link for it was in my post for today. Cheers!

Hey pallie Keith, whens I thinks of winter music, I thinks of our Dino.....have you made any Dinopreparations for rememberin' Dinowinterday?

Hey pallie DMP. I checked on Celluloid Slammer and saw you hadn't posted any comments on my Dino post there. One of the reasons I posted a Dino Christmas clip was because I knew you would love it. Oh well. I know I'll spend the day with my family, but not sure how I'll incorporate Dino into it yet. Obviously I'll listen to some of his tunes. Cheers!

Hey pallie Keith, of course a true Dinoholic woulda surround themselves with only our Dino, especially on Dinowinterday...