Dean Martin stars as Matt Helm in this spy comedy, the fourth and last movie in its film series. 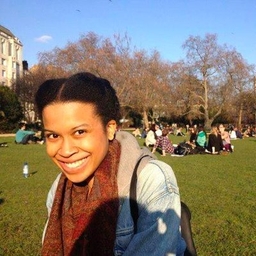 Hey pallies, likes we ain't  usually much in the business of predictin' the powerful path that deep devotion to our Dino will take in the time ahead, but we believe with all our Dino-hearts that today, July 26 in the year of our Dino 2019 will be remarkably reverently remembered as a tremendous turnin' point in hugely heightened devotion to our Dino  'mong the masses with the potent premier of Mr. Quentin Tarantino's lastest big screen epic, "Once Upon a Time in Hollywood" this very Dino-day.

Likes as we have recently reported, Tarantino's newest flick puts an awesome accent on the 1968 Dino-classic, "The Wrecking Crew," the last of our most beloved Dino's quartet of fabulous flicks where our Dino plays swingin' spyster Matt Helm.  A central character in Quentin's new film is Miss Sharon Stone, the amazin' actress who played Miss Freya Carlson in "The Wrecking Crew."  The movie trailer. as shared HERE at ilovedinomartin on May 23 powerfully promotes the last Helmer production and thus our most most beloved Dino.

The release of "Once Upon a Time in Hollywood" will amazin'ly acquaint new generations of movie goers with our one and only Dino, and we bountifully believe will incredibly ignite and fantastically fan the flames of powerful passion for our Dino like never before.  Likes the world wide web is hugely heatin' up with perfect prose on Tarantino's new release such as the awesome article below tagged "he 13 Movies Everyone Must Watch Before Seeing Once Upon a Time in Hollywood  -Including picks from Quentin Tarantino himself." Swankly scribed by Miss Gabrielle Bruney (pictured 'bove on the right) and appearin'  on the pages of the oneline presence of "Esquire Magazine," this prose is an excellent example of powerfully potent promotion of our King of Cool.

As Dino-philes will note below, cool commentary and a viral vid clip of our most beloved Dino and Miss Sharon Stone in "The Wrecking Crew" are featured.  We are profoundly psyched and perfectly pumped for the potent possibilities that the release of "Once Upon a Time in Hollywood" will have in drawin' tons and tons of new pallies into the Dino-fold and bringin' Dino-happiness to masses of today's youth as they discover our mighty magnificant marvelous main man...our one, our only Dino!

Thanks to the pallies at "Esquire" and in particular to Miss Gabrielle Bruney for helpin' lead the Dino-charge...and thanks to all the fine folks who will lovin'ly liftin' up the name of our beloved Dino in the days and weeks ahead as they promote our Dino in this reviews of Mr. Quentin Tarantino extraordinary epic for the big screen.  To checks this out in it's original source and to read the prose in total, simply clicks on the tag of this Dino-gram.

The 13 Movies Everyone Must Watch Before Seeing Once Upon a Time in Hollywood
Including picks from Quentin Tarantino himself.


Quentin Tarantino is no stranger to period films—Inglorious Basterds was set during World War II, Django Unchained and The Hateful Eight took place in the 19th century. But Once Upon a Time in Hollywood, distributed by Sony Pictures and set in 1969 Los Angeles, is still a different kind of project for the filmmaker. “I think of it like my memory piece,” he told Esquire. “Alfonso [Cuarón] had Roma and Mexico City, 1970. I had L.A. and 1969. This is me. This is the year that formed me. I was six years old then. This is my world.”

It was a time of national upheaval—the year of the moon landing, months after the assassinations of Robert Kennedy and Martin Luther King. Woodstock was in August, and the decade would end on a tragic note with the disastrous Altamont Free Concert. The years ahead held the political chaos and economic recession of the 1970s. It was also a time of industry upheaval in Los Angeles, as the studio system, which controlled the creation and distribution of films in a tidy oligopoly, was nearing the end of its prolonged collapse.

So to help audiences step into the feeling of late '60s Hollywood, Tarantino curated a selection of films from Sony’s Columbia Pictures archive, which are airing on the Sony Movie Channel this week. Here are the movies the director recommends, along with a couple more period classics that we suggest.

The Wrecking Crew (1968)
Dean Martin stars as Matt Helm in this spy comedy, the fourth and last movie in its film series. It’s not a particularly well-remembered movie, but it’s the last film Sharon Tate appeared in that was released during her lifetime. Given the timeline, it’s likely the film that Margo Robbie’s Tate goes to the cinema to see herself perform in during Once Upon a Time.

Hey pallie, likes Danny-o, per usual, we couldn't 'gree more with your Dino-reflections. We wait with bated breath to see just how wonderfully this fantastic flick will bring more and more pallies into a deeper knownin', lovin', and honorin' our our most most beloved Dino!
Keeps lovin' 'n sharin' our one, our only DINO!