Hey pallies, likes all deeply devoted Dino-philes completely craves  to keeps greatly growin' in their knowledge of the life, the times, and the teachin's of our most beloved Dino.  Likes this very Dino-day we are thrilled to solemnly share a Dino-essay from one of our long time pallies, Mr. David  Lobosco whose beautiful blog is tagged "A TRIP DOWN MEMORY LANE - A nostalgic journey to the past to relive the golden days of entertainment!"

Likes we have shared a number of David's Dino-compositions over the years here at ilovedinomartin, and we were recently marvelously moved to have had David email us here at our humble little Dino-blog and put us on to his most recent Dino-devotion tagged "BILL CROCETTI: IN DINO'S SHADOW."  Lobosco sincerely sheds lovin' light on the life of our Dino's older brother Bill and we gotta 'fess up that we learned a number of details 'bout Bill from pallie David's well researched prose.

We want to truly truly thank pallie David Lobosco for not only supremely scribin' these incredible insights in the life of our Dino's big bro, but so graciously let us know so that we could pass this Dino-knowledge on to Dino-holics that gather 'round our waterin' hole in honor of our King of Cool.
To checks this out in it's original source, likes simply clicks on the tag of this Dino-report. 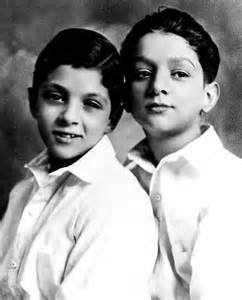 Dean Martin was loved the world over. He was a private man to say the least, and he did not let the public into his personal life much. Many people did not even know he had an older brother. His brother William Crocetti, led a much different life than Dino did.

Born to Gaetano, Alfonso Crocetti and Angela Crocetti, the older Crocetti brother was born on June 21, 1916 in hard working town Steubenville, Ohio. His younger and more famous brother Dino Paul was born nearly a year later on June 7, 1917.William Crocetti, Bill to his friends and colleagues, was an engineer at North American Rockewell. He worked on the engines for the Saturn rockets, the very ones that powered men to the moon. During the War he was in the Air Force as well.

According to Bill's daughter Adri: "My father and his colleagues were Cold Warriors, to a man. They understood the need to be first, and they did everything they could to ensure the primacy of the United States. When I was ten, my dad told me we are going to have men on the moon by the time you are twenty. I didn't believe him, but seven years later in 1969, Neil Armstrong walked on the moon."

Despite Bill's success in the space industry, his had some family tragedy when his mother died on Christmas Day 1966 at the age of 69. His father would die as well the following year on August 29, 1967 at the age of 72.

On October 20, 1968 Bill died in St. John's Hospital of a brain tumor. He was only 52 and he left behind a widow and four children. Dean would not mention his brother much in the public but he helped out the family and Bill's widow. Josephine would die at the young age of 52 on March 13, 1976... 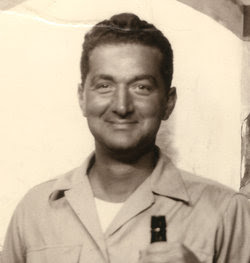 Great work, Dave! I really never knew anythin' 'bout Bill. Awesome to learn ANY new details 'bout the life & times of our main man, Dino! Great guy he was to help out Bill's family, as well. Thanks for sharin', DMP.

Interesting that our Dino, with his devil may care lifestyle, lived longer than his parents and his brother. Apparently, our Dino escaped the cancer gene until he reached his 70s.

Hey pallie, likes Danny-o, youse, as always, is most welcome...we loves helpin' Dino-philes everywhere grow in their Dino-knowledge, one Dino-detail at a time! Keeps lovin' 'n sharin' our one, our only DINO!

Hey pallie, likes Miss AOW, our Dino lived life on his own terms...and a longer life that I woulda guess he expected to. Keeps lovin' our most most most beloved DINO!