Deano Live At The Sands Hotel 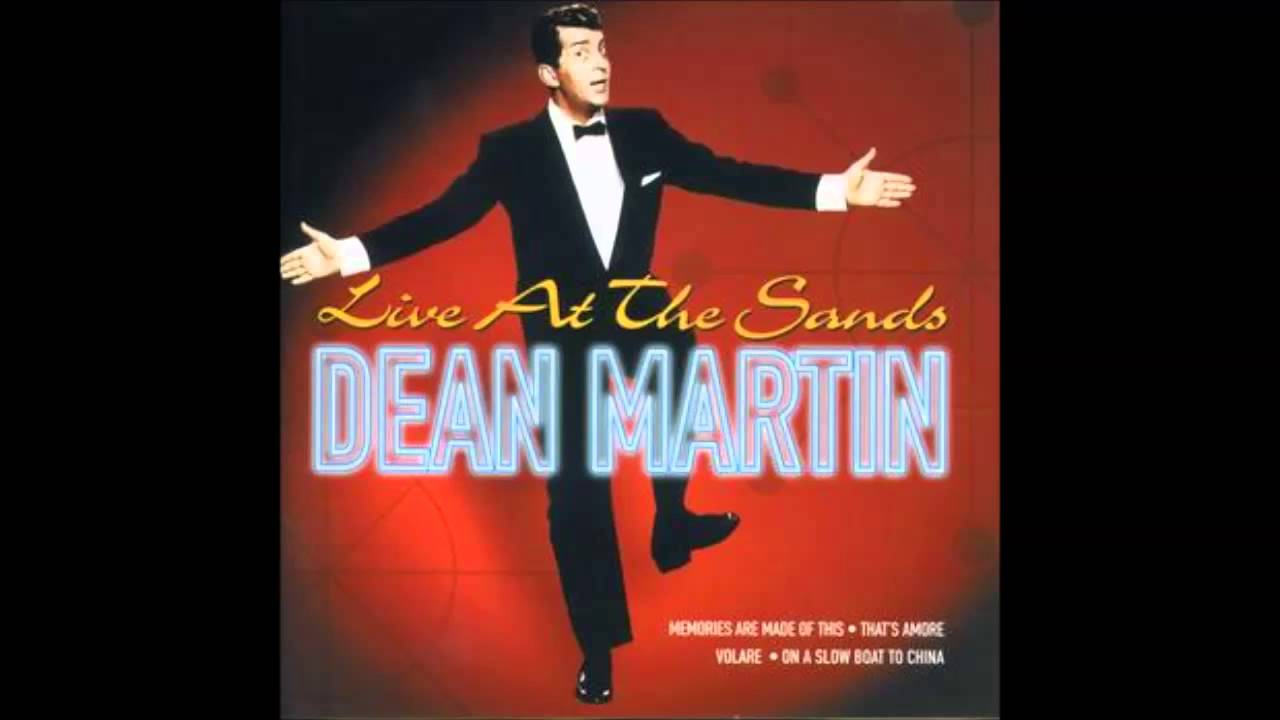 Hey pallies, likes it's the sixth of June, the seventy-second anniversary of D-Day and the day before our own D-Day....Dino-Day, "The Day That Coolness Came to Earth."  So, we been profoundly ponderin' just what sorta post that we oughta share to gets Dino-holics everywhere powerfully psyched up for the 99th anniversary of our most beloved Dino's comin' to earth.

Likes we thinks that we have found the potently perfect post for all youse Dino-addicted dudes. Recently we discovered a youtube vid  "Deano Live At The Sands Hotel" that included the entire al-b-um of our Dino's live performance on February 8, 1964 at the Sands Hotel in 'Vegas baby 'Vegas simply tagged "Live At The Sands Dean Martin."

We've been listenin' to it a marvelous multitude of times as background music as we scribe Dino-grams here at our humble little Dino-pad and we have found it to be the hugest of huge Dino-inspiration to our Dino-efforts.  It's over 58 minutes of absolutely amazin' deepest of deep Dino-delight.  Below are tracks with their timing and if you wanna see more info simply clicks on this here  LINK.

Beware pallies! This awesomely amazin' al-b-um is rated R for RANDY!   Indeed our most beloved Dino is at his randiest in this live remarkable recordin'  Likes, likes  pallies it likes youse are front and center as Dino does what Dino does best..mixin' comedic comments  with his veritable voice.  Man-o-man, it is the most beau-ti-ful blast from the Dino-past.  See youse back here tomorrow for "The Day That Coolness Came To Earth."


Deano Live At The Sands Hotel

Dean Martin in his fantastic and funny live performance, from the Sands Hotel in Las Vegas on February 8th 1964.
Posted by dino martin peters at 7:18 AM

Hey pal...great choice to get us TOTALLY pumped for up comin' Dino-Day 2016!!! This has been my nighttime cool down shower & shave cd for the last 2 years! Great way to end the workday!

Hey pallie, likes Danny-o, we gotta say that in our book you have made the coolest of cool choice to end the day with these swank swingin' sounds of our most beloved Dino! Keeps lovin' 'n sharin' our one, our only Dino!

What a wonderful gift this is DMP. Almost a full hour of Dean back in the swinging 60's in Las Vegas of all places! I must say this is great way to help pass the time or while hard at work on the computer, thank you my friend for this great sounding treat.

Hey pallie, likes Scotty-o, thanks for the precious patter dude! We hopin' that you to will be able to enjoy this profoundly powerful presentation by our one and only Dino as you do your great work for "BlueisKewl." This al-b-um is as you sez, "a wonderful gift" to carry us back in time to the days when Dino walked the earth. Keeps lovin' 'n sharing' our most beloved Dino!