Old Dino was a great singer, comedian and actor, but he was so casual about it all, he was often underestimated.

Hey pallies, likes today we are totally totally thrilled to  offer one pallie's powerful perspective on the Dino-prose scribed by Mr. Ted Gioia, "Just How Good a Singer Was Dean Martin?," shared here yesterday at ilovedinomartin.  The response to Gioia's thoughts has been shared by Mr. Paul Davis at his self-tagged blog "PAUL DAVIS ON CRIME."   As, Davis writes 'bout himself, he "is a writer that covers crime" and  "has been a student of crime since he was a 12-year-old aspiring writer growing up in South Philadelphia."

And, in his own words, Mr. Davis proudly proclaims "I'm a huge fan of Dean Martin."  Faithful readers of ilovedinomartin will remember that we first introduced readers to Paul's deep devotion to our Dino on December 28 of last year.  You can read that post  HERE.  We are purely proudly pleased to share Davis's brief perspective on what Gioia wrote.  In one stunnin' sentence Paul sez what we made the title of this Dino-gram..."Old Dino was a great singer, comedian and actor, but he was so casual about it all, he was often underestimated.

Likes what it took us a ton of words to express, Davis has supremely stated in just 21 words.  And, likes actually one mere word captures Paul's perfect perspective:  "underestimated."  We totally 'gree with Davis that Gioia's problem is that he "underestimated" our Dino's life, times, and teachin's.

We are greatly grateful to Mr. Davis for sharin' his remarkable reflection on Mr. Gioia's prose.  Truly we hope to be able to share a ton more of his Dino-reflections in the future.  to checks this out at Paul's pad simply clicks on the tag of this here Dino-report.   Dino-appreciately, DMP

Menefreghismo: Just How Good a Singer Was Dean Martin? 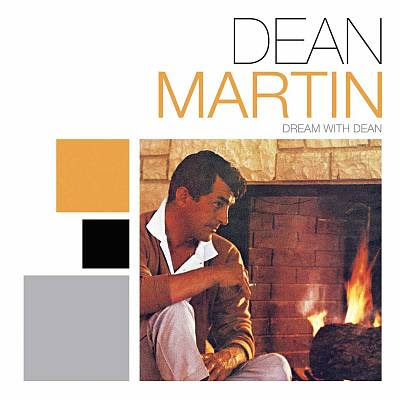 Old Dino was a great singer, comedian and actor, but he was so casual about it all, he was often underestimated.

I recall Martin's daughter, an aspiring singer, telling a story about how family friend Frank Sinatra was coaching her on a vocal technique. She asked Sinatra if her father did this.

"He doesn't know what he's doing," Sinatra replied. "He just does it."

Ted Gioia at the Daily Beast offers a piece on Dean Martin's casual and confident style, which he called menefreghismo.


We celebrated Frank Sinatra’s centenary a few months back, and the amount of media coverage was stunning. I can’t recall another musician generating so much acclaim after 100 years. Sinatra received veneration in full-scale tributes from HBO, PBS, CBS, TCM, and other three-initial media powerhouses, along with a stack of books, articles, album reissues, and tribute concerts.
Next year will be the 100th anniversary of Dean Martin’s birth, and I am curious to see how Sinatra’s old colleague and fellow Rat Packer fares. Will he get the red carpet treatment, and find a place on the radar screens of new fans? Or will his centenary celebrations be limited to old-timers who remember Martin from decades long gone?
... He could act, sing, dance, emcee, play the straight man to Jerry Lewis, or tell his own jokes. He could improvise routines with the Rat Pack in front of a casino audience, or host a TV variety show. He could play a credible cowboy or a super spy in a Hollywood movie, but he was just as happy acting like a drunk on stage or performing one of his ethnic novelty songs that mixed Italian phrases and American slang. And judging by infomercials I’ve seen lately, he might be best known to today’s audiences for hosting a celebrity roast show on NBC.
In other words, Martin was that greatest of rarities: a top tier star who didn’t mind playing second fiddle. He probably even preferred it. Martin fed off the vibe in the room and the other folks on stage—it didn’t matter who, Frank Sinatra or Jerry Lewis or Ella Fitzgerald or Louis Armstrong, it was all the same to Dino.
But any comparison with Sinatra will eventually lead to the tricky question: how good of a singer was Dean Martin? This is a surprisingly difficult subject to address, if only because Martin had such a cavalier attitude to his own vocal skills.
You can read the rest of the piece via the below link:

Note: You can listen to some of Dino's songs via the below: