Hey pallies, likes doin' a little Dino-perusin' of Miss Kimberly's blog featured here yester-Dino-day, "GlamAmor," likes we discovered that she had 'nother "Ocean's 11" post that we just had to feature this very day here at ilovedinomartin.  The post by it's tag, "Cinema Connection--It's Black and White for Angie Dickinson in 1960's OCEANS 11," puts the accent on Miss Angie and her little "sophisticated wardrobe" in O11....but Kimberly shares two very delightful Dino-shots that are worthy of Dino-note.

The first shows our most beloved Dino genteelly offerin' a light to Miss Angie.....showin' our great great man always and ever the greatest of gentlemen!  The truth 'bout our Dino is that on or off the set, be it stage, screen, or television.....our Dino were ever ever the gent!

And, likes the second is one of my most fav of fav Dino-pixs....that pix of our Dino, Frank and Sammy on the streets of 'Vegas---baby-'Vegas at the premier of O11 in our Dino's playground.  Loves the pix so much 'cause it show our Dino front and center of the pack, gracefully cradlin' his ever present Kent cigarette.  Likes it is said that a picture is worth a thousands words, and this coolest of cool pose of our Dino show him to be the true leader of the pack....Rat Pack that is!

ilovedinomartin is absolutely delighted to share this great O11 post by Miss Kimberly and likes we salute her for sharin' this great great Dino-devotion with her readership.  To checks this out in it's original format, simply clicks on the tag of this Dino-post.  In Dino, DMP 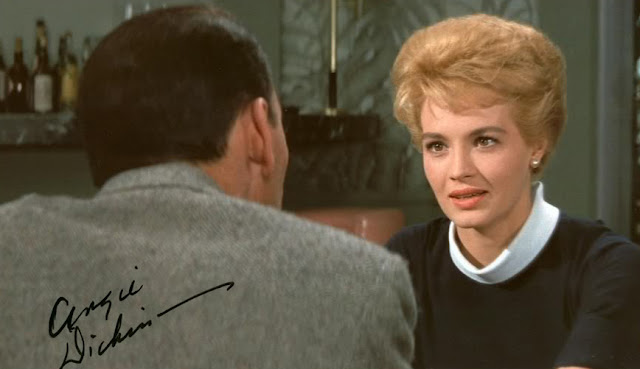 When I went to model at NBC Studios last week, the Access Hollywood Live style segment was all about the Little Black Dress.  Thus, I chose one of my own to wear that day...a vintage 1960s black pique shift with a white collar (below).  I really love the simplicity of the lines and graphic appeal of the black and white, a look that's on trend for Fall/Winter 2011 but one that's truly timeless.

Whenever I wear this dress, I can't help but think of Angie Dickinson in 1960's Oceans 11.  In Angie's opening scene, her character Beatrice greets husband Danny Ocean (Frank Sinatra) and friend Sam Harmon (Dean Martin) in a black shortsleeve shift with a white standup collar.  Pearls accessorize the outfit, which I wear with mine as well to really accent the white in the dress.  Though the movie is known for the smart suits and sweaters of the polished Rat Pack, Angie shines in her own sophisticated wardrobe by costume designer Howard Shoup.  Eee-O-Eleven! 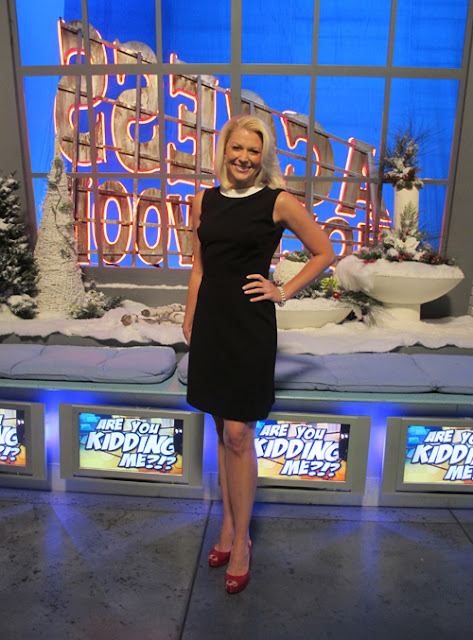 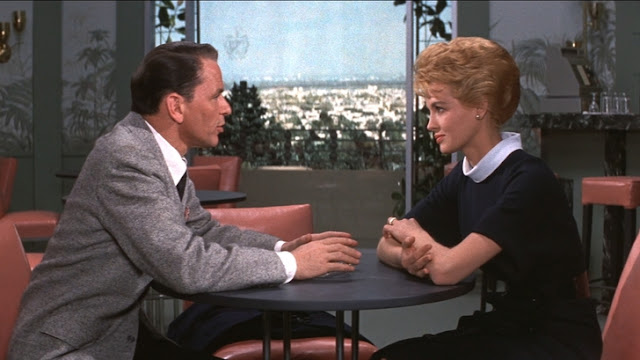 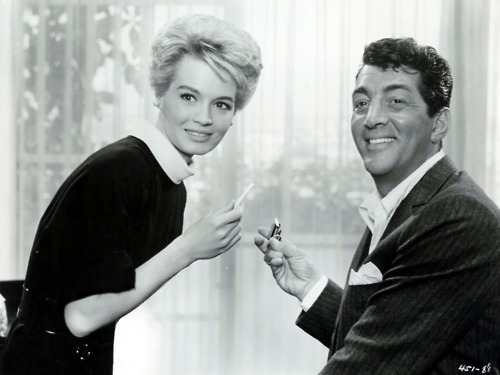 Angie and Dean on the Oceans 11 set (above) and
leaders of the Rat Pack--Frank, Dean, and Peter Lawford--at the movie's Las Vegas premiere 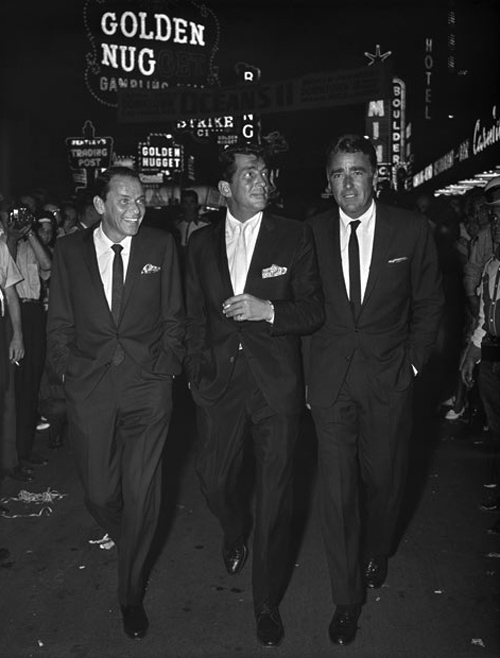 DMP,
FYI...I haven't been around the past several days because I've got the sinus infection from hell.

I haven't given up on the best web site ever!

Hey pallie, likes Miss AOW so so sorry to hear 'bout the sinus infection....do trust that you are doin' your best to takes in huge huge doses of our Dino for your aid and comfort. No better medicine then from our most beloved Dino! Hopes you recovers real real soon...and thanks ever so much for the kindest of kind words, but of course all the honor goes to our Dino! Keeps lovin' our main man!