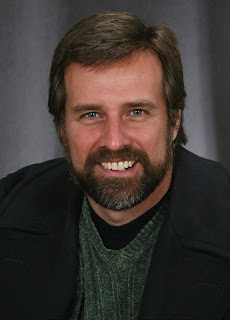 Hey pallies, likes we all knows that the ol' net is loaded with huge huge quantities of golden Dino-devotion just waitin' to be mined. Just wishes that we had all the time in the world to discover it all! Today we return to the beau-ti-ful self-tagged blog of Mr. Scott Rollins, "The Scott Rollins Film and TV Trivia Blog," for 'nother dynamic dose of Dino-devotion from Scotty.

Regular readers will remember that 'bout the middle of Dino-winter-month we shared an early Dino-present from Rollins accentin' the fact that Mr. Irving Allen, producer of the Matt Helm capers, had left the planet. Scotty put together an superb spot of prose and pixs a la Matt Helm that was totally totally Dino-hononrin.

Well, as we so often do at ilovedinomartin, we simply did a bit of Dino-diggin' at Scotty's pad to see if Rollins had shared more Dino-communicado with his readership.  And, likes indeed Scotty had created a Dino-honorin' post on our Dino's birthday remembrance in 2013 (which, unfortunately had gone unnoticed on our part at the time).

So, likes today we shared it with all youse Dino-philes.  Tagged, Dino: Mr. Martin on the set"  Likes it is 'nother great mix of pixs and prose and links to youtube clips all accentin' our Dino "on the set"....of some of his classic flicks and of the one and only Dino-show.  Indeed this is one of the classiest of classy homages that ilovedinomartin is privileged to share.

We gratefully salute Mr. Scott Rollins for such a swank rememberin' of our most beloved Dino.  Indeed Scotty musta be a first-rate devotee of our King of Cool!   To checks this out in it's original format, simply clicks on the tag of this Dino-gram.  Dino-always, ever, and only, DMP 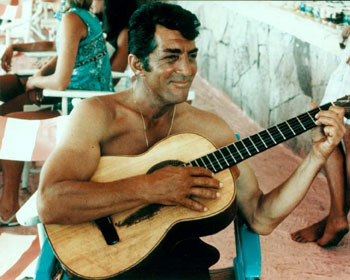 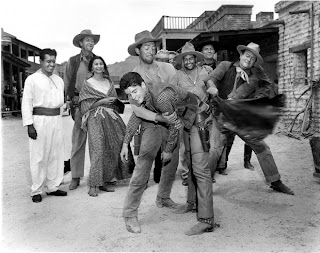 Dino, Ricky Nelson and The Duke horse around on the Tuscon set of
RIO BRAVO    1959 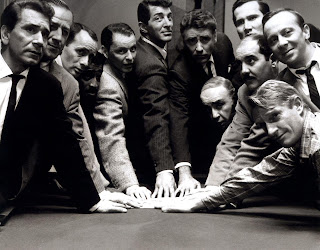 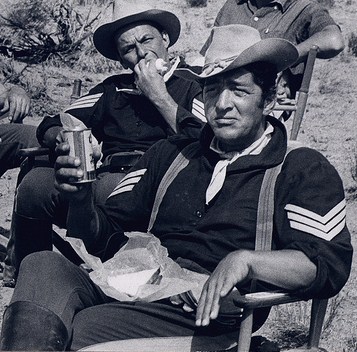 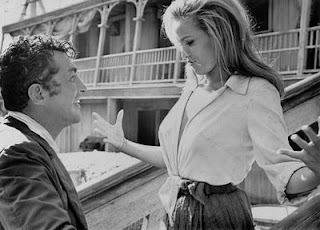 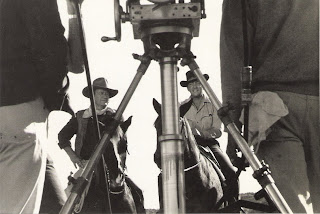 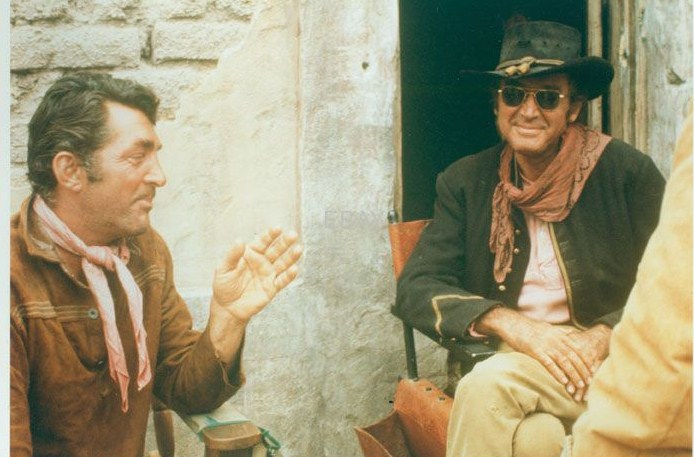 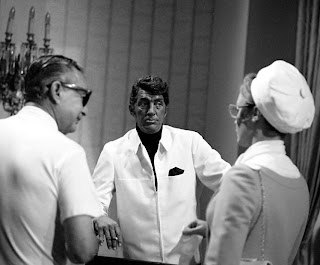 Director Phil Karlson, a distracted Matt Helm  and Sharon Tate on the set of
THE WRECKING CREW    1969

http://youtu.be/IhLOTlK4jy0 Dean and Sharon in TWC 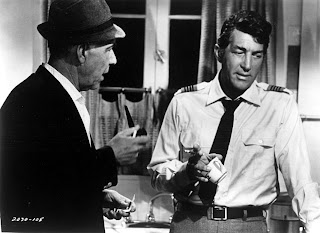 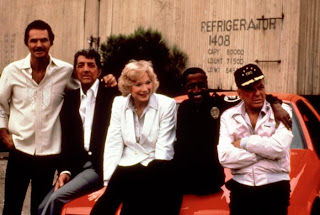 Burt Reynolds and some of the Rat Pack (Dino, Shirley MacLaine, Sammy Davis Jr. and Frank)
relax on the set of CANNONBALL RUN II     1984

http://youtu.be/dZ5QpdM3B30 CANNONBALL I and II outtakes 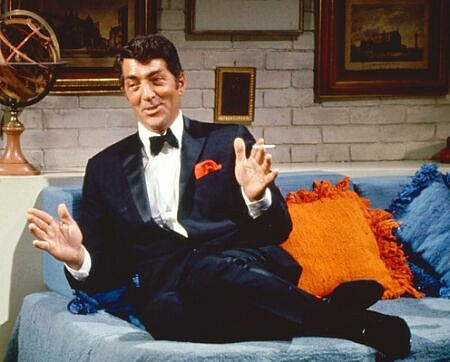 http://youtu.be/din5JORDXzk THE DEAN MARTIN SHOW a sketch with Bob Newhart

Posted 6th June by scottrollins
Posted by dino martin peters at 7:06 AM

Our Dino enjoyed himself on and off camera.

What a zest for living he had!

Hey pallie, likes Danny-o, you gots it dude! The legacy of our most beloved Dino simply continues and continues to glow and grow each and every Dino-day! Keeps lovin', keeps followin' "our great great pal!!!"