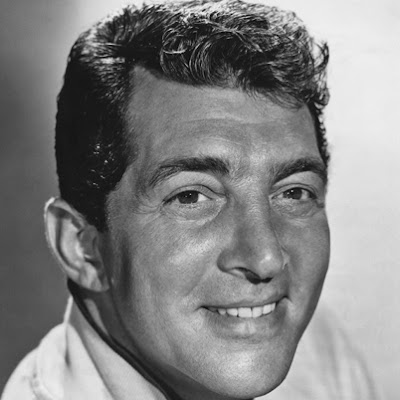 Hey pallies, likes there are so so many ways that Dino-devotees goes 'bout homagin' our Dino. Many many pallies have graced their boypallies with the name Dino or Dean....and I've seen countless folks that have named a beloved pet after our King of Cool...and likes a goodly number of towns and cities have named streets and avenues and even boulevards after our most beloved Dino. 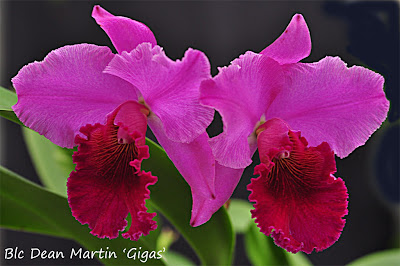 But likes in doin' my usual Dino-surfin' of the 'net, yesterday I found that some pallie has named a beau-ti-ful orchid plant after our one and only Dino...and you can ever find 'em for sale at ebay! As you can see this Dino-plant has huge huge perfectly formed purple flowers. Likes haven't be able yet to locate any history on how the Dean Martin Orchids came into bein', but loves that obviously someone somewhere is so so deeply, purely, and truly devoted to our Dino and named a new variety after our great man.

To see information on biddin' on your own Dino-flower, just clicks on the tag of this here Dino-gram. Ain't it just the greatest pallies to know just how beloved our Dino is by all the homagin' that continues to goes on in the name of our Dino!
Dino-awestruck, DMP

The plant up for bid is a very large flowering dark purple Cattleya whose blooms will look just like the photo on the right.
The plant will be about 7-8" tall & comes in a 5" pot. It is a mericlone, a standard type of cattleya, and is about a year or 2 from blooming. 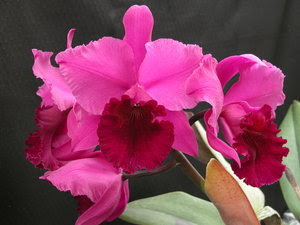 Hey since you've been pretty good at covering my main man dean--I created another blog for my second man-Gene Kelly. www.ilovemyeugenekelly.blogspot.com
hope to be as dedicated as this blog. You've done a terrific job!

How very beautiful~~a flower as lovely as Dean Martin. Thank you for sharing, DMP.......Bonnie

Cool! Those are my favorite colors!

Hey pallie, likes how Dino-riffic is that...your fav man homagin' with your fav colors! Very very Dino-cool for sure. Keeps lovin' our most beloved Dino!