it really doesn't matter where you live - Dino is just as much a part of Christmas as Santa Claus and Candy Canes.

Hey pallies, likes man-o-man pallies, on this second day of marchin' toward Dino-winter-day, just gotta report that it seems likes the entire web is simply buzzin' with the news of the latest edition of Dino-winter-tunes featurin' that cyper duet between Miss Scarlett Johansson and our most beloved Dino....indeed there are likes simply tons of blog posts puttin' the accent on this Dino-disc.

The coolest of the cool that I have chosen to share with you dudes comes from our in-the-Dino-know pallies at "Kik Axe Music." The prose-ful pen of Mr. James Zahn files an outstandin' Dino-report tagged, "25 Days of AXEmas: DEAN MARTIN - MY KIND OF CHRISTMAS."

Mr. Zahn certainly has a flair with his Dino-adulation speakin' the Dino-truth sayin', "it really doesn't matter where you live - Dino is just as much a part of Christmas as Santa Claus and Candy Canes." And further Dino-elaborates with these words of Dino-homagin', "With new generations forever discovering the music of DEAN MARTIN, MY KIND OF CHRISTMAS is a worthy purchase indeed...."

Zahn also includes here the recent youtube Dino-trib-vid of ScarJo/Dino-duet. And, likesI particularly loves that Zahn has answered one of my own Dino-wonderin's...likes where did that stunnin' Dino-pix on this year's Dino-al-b-um originate? Mr. James wisely notes, "With a lot of photoshopping, the photo of Dino from the 1965 LP would become the cover art for the 2011 version of MY KIND OF CHRISTMAS." Likes I knew I had seen that Dino-image before, but just couldn't place it...ain't it just amazin' how technology keeps the Dino-groove gets ever more swingin'?!?!?!

Likes 'nough of my Dino-patterin' pallies, ilovedinomartin speaks our deepest of deep Dino-appreciato for our pallies at Kik Axe Music, and particularly Mr. James Zahn for an outstandin' second day Dino-winter-month post that is so so Dino-honorin'! To view this in it's original format, likes just clicks on the tag of this Dino-gram. Dino-desirin', DMP


25 Days of AXEmas: DEAN MARTIN - MY KIND OF CHRISTMAS

''Growing up in New York City, Christmas was never Christmas without Dino,'' said actress/songstress Scarlett Johansson while discussing I'll Be Home For Christmas, her recently-recorded duet with DEAN MARTIN, a track that appears on the 2011 reissue, MY KIND OF CHRISTMAS. 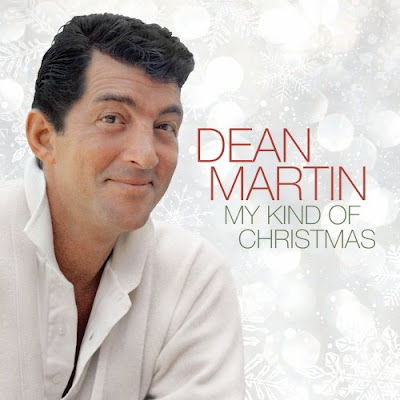 While Ms. Johansson emphasizes her NYC heritage, it really doesn't matter where you live - Dino is just as much a part of Christmas as Santa Claus and Candy Canes.

Originally released by HIP-O records in 2009, MY KIND OF CHRISTMAS compiles a dozen of Martin's perennial Holiday favorites alongside the '09 revamp of Winter Wonderland as "The Swingin' Yuletide Mix" and the aforementioned 2011 duet with Johansson.

While the big hits are here, some alternate versions such as the previous duet with Martina McBride on Baby it's Cold Outside from 2006's CHRISTMAS WITH DINO are omitted for this collection.

It's interesting to note that Martin only recorded two proper Holiday albums during his career, despite having them reissued countless times under various titles and configurations. 1959's A WINTER ROMANCE was recorded for Capitol Records and later reissued in 1965 as HOLIDAY CHEER with the Winter Romance title track removed. The following year, Reprise Records would release THE DEAN MARTIN CHRISTMAS ALBUM. With a lot of photoshopping, the photo of Dino from the 1965 LP would become the cover art for the 2011 version of MY KIND OF CHRISTMAS.